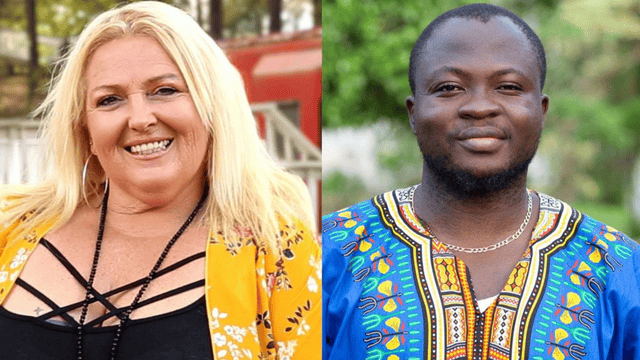 A thrilling love story! Angela Deem and her spouse, Michael Ilesanmi, have one of the most drama-filled relationships in the 90 Day Fiancé franchise.

The pair has been in a long-distance marriage for more than two years, but after multiple heated arguments, they have fueled speculations of a probable divorce and even faced several adultery allegations.

In this article, we will discuss whether Angela and Michael are Still Together or not. Please read this article for all information. In addition, if this article was useful, please offer feedback. Your feedback is precious to us.

What Brought Angela and Michael Together?

Angela and Michael met online and began their 90 Day Fiancé journey in season 2 of 90 Day Fiancé: Before the 90 Days in 2018. They began long-distance dating soon after and filmed their first in-person meeting on their first season.

The couple continues to tell their love story on 90 Day Fiancé seasons 3 and 7, as well as 90 Day Fiancé: Happily Ever After? seasons 5, 6, and 7. Angela and Michael’s love story was turbulent, and they seemed to be continually at odds over concerns of trust.

Read More: Are Harry and Beaux From Too Hot to Handle Still Together?

Are Angela and Michael from ’90 Day Fiance’ Married?

Despite the turbulence, the pair married in January 2020 in a magnificent wedding ceremony in Michael’s native Nigeria. Angela returned to Georgia in March and applied for Michael’s visa. The couple encountered significant delays in the process as a result of the coronavirus outbreak.

However, it wasn’t all roses. The pair continued to argue, and one of their heated exchanges was captured on the season 6 tell-all, which aired in August 2021. Michael’s Aunt Lydia claimed during their segment that Angela should have utilized the money she spent on weight loss surgery and plastic surgery to try to have a kid with Michael.

Angela flashed the cameras with her new breasts after receiving a boob job just one day prior to filming, and their talk ended in a screaming brawl. Even though Angela and Michael’s marriage appeared to be hanging by a thread after that heated argument, they were able to move on.

Read More: Are Holly and Nathan From Too Hot to Handle Still Together or Not? Know Here!

Are Angela and Michael Still Together?

Many 90-Day Fiancé fans are curious whether Angela and Michael are still together in 2022, and some wonder whether they are lying about their relationship to create a dramatic tale. The couple split up during the “Tell-All” episode of Happily Ever After season 6 because Michael was opposed to Angela’s operation.

Angela broke out and displayed her breasts to the cameras before declaring that she was single because Michael was so unsupportive. Angela, on the other hand, later announced that she and Michael had reconciled. Despite being related to her plastic surgeon, Angela said that she could never get over Michael, claiming that the latter was her soul mate.

Many people assumed that Michael’s visa acceptance meant he would be with Angela; nevertheless, she has added another stumbling block to their relationship. In mid-2022, Angela, who most fans never support, exposed her romance with reality TV blogger John Yates. He enjoys talking about reality television shows. 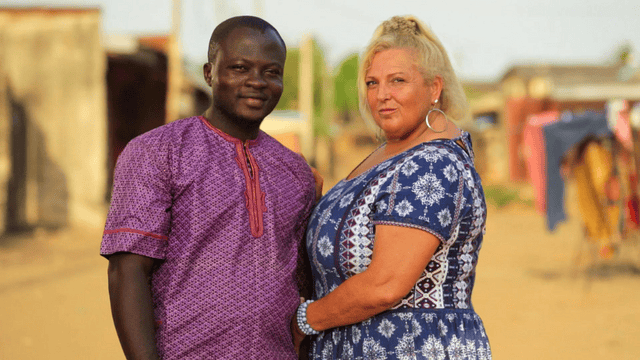 Many viewers were perplexed by this startling revelation because they thought Angela and Michael were working things out. However, because John is obsessed with reality television, many franchise fans felt that his relationship with Angela was staged in order to get popularity and attention.

John, like Michael, is much younger than Angela and enjoys receiving attention from 90-Day Fiancé admirers. Many observers assumed the couple was unlikely to be together, and they were correct.

Some viewers also suspected Angela was dating the Canadian man depicted in the Happily Ever After teaser. Angela eventually stopped seeing both men and appears to have reconciled with Michael.

What did Angela Deem do for a living?

She worked as a hospice care provider but rose to prominence after appearing on “90-days Fiance,” a reality television show in which non-Americans are granted a visa to see their fiancées for a limited time.

When was Angela Deem Born?

Did Michael and Angela split up?

Angela acknowledged that she and Michael are still married — however “happy” does not characterize their current situation. Angela Deem understands that her marriage to Michael Ilesanmi will never be the same.