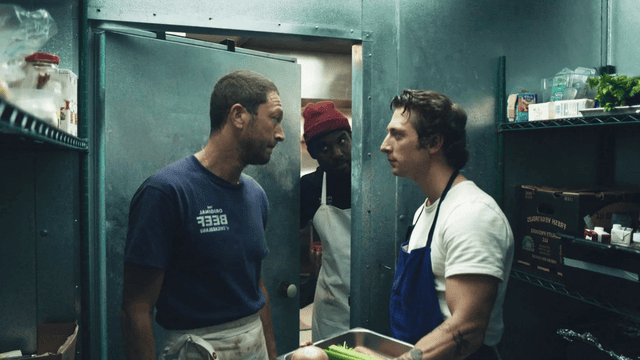 The Bear is an American comedy-drama series written and produced by Christopher Storer. Starring Jeremy Allen White, Ebon Moss-Bachrach, Ayo Edebiri, Lionel Boyce, Liza Colón-Zayas, and Abby Elliott, it debuted on Hulu on June 23, 2022. The show was well-praised by reviewers. It was renewed for a second season on July 14, 2022.

The décor was inspired by the Chicago sandwich store Mr. Beef on Orleans, located in the city’s trendy River North neighborhood. The creator frequently visited, and he and the owner’s son became good friends.

‘The Bear’ Season 2: Renewed or Cancelled

The Hulu original series “The Bear” became an instant sensation when it launched earlier this year. The story of Carmy, a phenomenally skilled chef who takes over his family’s restaurant in Chicago, instantly captured the attention of viewers. When will Season 2 of “The Bear” be released? The first season was very well received.

According to Variety, FX officially renewed “The Bear” for a second season shortly after the first season premiered in June.

#TheBearFX has been renewed for Season 2. Thank you, chefs. pic.twitter.com/6BcAVIqO3r

Co-showrunners Christopher Storer and Joanna Calo have stated that the Bear will return in 2023. When the show was renewed, the creators released a statement reading, “We are so grateful to FX, our immensely talented cast, our crew who worked hard, fast, and in the dead of winter, not to mention everyone who watched.” As for 2023, “we can’t wait to invite you all back to The Bear.”

What will happen in ‘The Bear’ Season 2?

The Original Beef’s staff will work together to improve the restaurant in the next chapter, which is based on the first season. Sydney and Marcus have returned after taking a temporary leave of absence due to Carmy’s outburst in episode 7.

The second season will probably also follow Carmy as he continues to cope with Mikey’s loss. Carmy’s problems with his older brother took a turn once he shared his feelings with his Al-Anon sponsor, Richie.

Will ‘The Bear’ Season 2 Have Any Romance?

Us Weekly published an interview with Edebiri in which she speculated on what may happen in a romantic relationship between Carmy and Sydney.

“Both sides suffered severe trauma as a result. The possibility of even that being investigated is laughable; “she spoke about it during the 2023 Golden Globes in January. However, in order for that to be a possibility, at least two seasons would need to pass during which each character undergoes individual counseling.

The Bear: A Story about Friendship and Partnership

Christopher Storer’s intention in writing The Bear was to tell a story about friendship and collaboration, and this idea struck a chord with viewers. He thinks that Ayo Edebiri and Jeremy Allen White’s incredible chemistry on screen is largely responsible for the show’s popularity. They exhibit true dedication to their work and performance, and their friendship is a welcome relief from the more serious themes.

The play is led by Christopher Storer, and it features an impressive cast including Jeremy Allen White, Ebon Moss-Bachrach, Ayo Edebiri, Lionel Boyce, Liza Colon-Zayas, and Abby Elliott. The second season of The Bear has been approved, and it will air in 2023.

The Bear: Where to Watch?

The Bear Season 1 is currently streaming on Hulu.