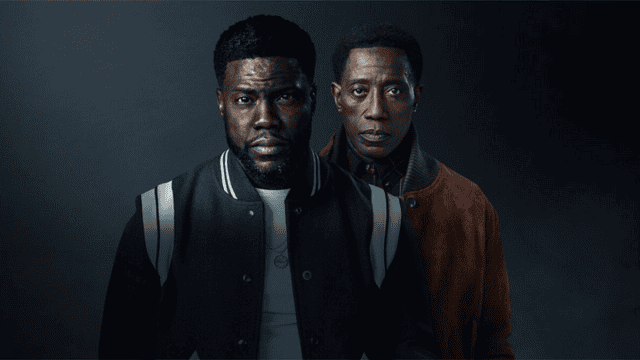 Who is a ‘true story’ based on: If you’ve already binged Kevin Hart’s new series True Story as we have, you might be feeling a little dizzy from all the unexpected turns in the story.

Kevin, 42, stars as the protagonist character in the Netflix limited series drama The Kid, which follows a stand-up comic who gets into major problems after a night out on the town in his native Philadelphia. The plot then takes a series of unexpected turns as The Kid tries to clean up the mess while under the microscope.

To what extent, though, does True Story pull from actual events?

What is ‘True Story’ About?

The American drama limited series True Story was conceived by Eric Newman and produced by Netflix. A total of seven episodes make up the series, which debuted on November 24, 2021.

True Story, a new drama series, is one of Netflix’s final major TV releases of 2021. In just a few days after its debut, the show had already become one of the most-watched on the service. With a riveting whodunnit storyline, it wasn’t hard to see why.

The plot concentrates on a famous comedian named Kid (played by Kevin Hart) who wakes up next to what he presumes is the dead body of a woman called Daphne.

The kid has no recollection of what transpired and is therefore desperate to cover his tracks in order to protect his reputation and profession. But in a series of twists and turns, each episode delivers additional pieces to the puzzle—and what Kid comes to discover at the end is anything but predictable. We understand if you got a little wrapped up in the drama and need some time to digest the series’ satisfying conclusion after watching all seven episodes.

That’s why we’re taking the time to explain everything in detail right now. If you want to know how True Story on Netflix ends, keep scrolling.

Is ‘True Story’ Based on Real Stroy?

‘True Story’ may have some elements of Kevin Hart’s real life, but it is mostly a work of fiction.

Like Hart, The Kid is a famous stand-up comic who tours the world to sold-out crowds and earns $25 million (£19 million) to co-star with Chris Hemsworth in superhero movies.

Kevin, like The Kid, is from Philadelphia, and his split from his first wife Torrei Hart was widely reported. The comedian in real life has four kids, the youngest of them is 14-year-old son Hendrix. His fictional character also has a teenage son named Christian, who looks a lot like Hendrix.

Read Morte: Who is Inventing Anna Based on? How and Who Did She Scam?

The parallels, however, end there, as The Kid’s character becomes extremely sinister, committing numerous murders and displaying fiery anger.

Who is Kevin Hart?

American actor and comedian Kevin Darnell Hart. In addition to his success as a stand-up comedian, he has also become a household name as a result of his roles in Hollywood films and on television. There are other comedy albums he’s put out that have been well-welcomed.

Hart’s first big break came after he won many stand-up comedy competitions and was cast by Judd Apatow in a recurring role on the television series Undeclared (2001). Since then, he has acted in a wide variety of films, from 2002’s Paper Soldiers through 2003’s Scary Movie 3 and 2004’s Soul Plane. In addition, he made and acted in the TV show Real Husbands of Hollywood, in which he played a fictionalized version of himself (2013–2016).

Is Season 2 of ‘True Story’ possible?

Netflix has advertised True Story as a seven-episode limited series, making a second season highly improbable. A second season has not been officially announced as of this writing.

The Kid is led to believe that he awoke in his hotel room next to a dead woman after a night of heavy drinking. Carlton (Wesley Snipes) and his other brother hire hitman Ari to get rid of the corpse. However, Kid ends up killing the criminal when Ari tries to blackmail him for $6m (£4.6m) to keep his secret.

But it turned out that Carlton had staged the whole event to extort money from Kid through Ari, and that the “dead” woman had just pretended to be dead. The only problem was that Kid accidentally killed Ari, the hired killer.

In the series finale, Kid murders his own brother Carlton and Ari’s two brothers, who had been riding on his back looking for their missing sibling. The kid’s secret is threatened once more by one of his closest friends, Hersch (Will Catlett), who is blackmailing him to keep it hidden.