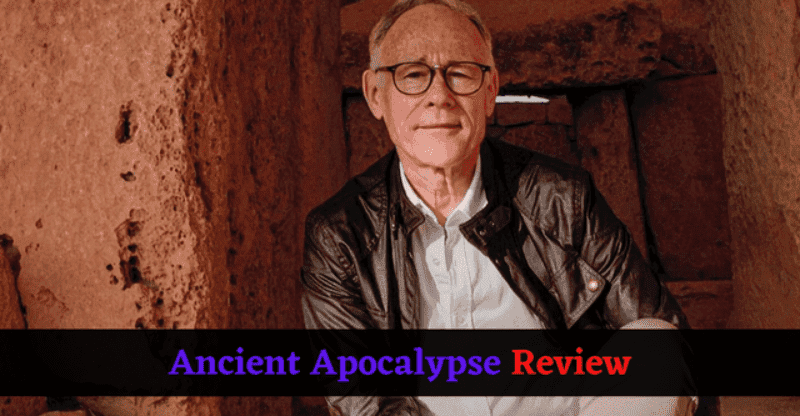 Have you watched the Netflix movie Ancient Apocalypse? If not, and you are planning to watch but before watching you want to know the negative and positive reviews of the Ancient Apocalypse then you have visited the right place. In this article we will discuss the review and whether this movie is worth watching or not.

In the Netflix series Ancient Apocalypse, the 72-year-old tries to put together a full picture of the early human civilizations that may have existed before the time that historians and archaeologists study. Ancient Apocalypse, a Netflix documentary series that many people were looking forward to, started on Friday, November 11.

The six-part documentary series looks at Graham Hancock’s journey and the record of his trips all over the world to find an advanced ancient civilization. We have everything you need to know about Graham Hancock before you watch the first episode, which came out today.

What is Ancient Apocalypse All About?

What if we’re wrong about everything we know about the past? Graham Hancock is a journalist who goes to archaeological sites all over the world to find out if a much more advanced civilization than we thought existed thousands of years ago. The Younger Dryas Impact Hypothesis is the main point of the series’ main argument.

It was a time in Earth’s history when the environment changed quickly and violently. Some people think it could have been caused by a huge asteroid hitting the Earth. One of these people is Graham Hancock. More specifically, he thinks that this may have led to the many “great flood myths” that can be found in the earliest records of many cultures.

Ancient Apocalypse Review: is It Worth Watching This Movie?

Graham Hancock, the host of Ancient Apocalypse, raises red flags from the very first episode with his repeated insults directed at scientists, historians, and archaeologists. The British journalist and “pseudo-archeologist” has a great contempt for experts in the field in which he has spent the previous thirty years working and has even written twelve books.

It becomes obvious why once you hear his thoughts about prehistoric history. Hancock explains his theory regarding ancient civilizations throughout the course of the eight roughly half-hour-long segments that make up the Ancient Apocalypse.

He thinks that at the time when historians think all people were hunter-gatherers, there was an advanced society that predated known civilizations and fed into ancient Egypt, Mesopotamia, and Mesoamerica. To support his claims and discover the whereabouts of this “lost civilization,” he travels to Turkey, Malta, Indonesia, and the Bahamas throughout the course of the documentary.

Hancock frequently presents his thoughts in a very authoritative and accurate manner, however, they are essentially completely speculation. Even he recognizes at times how theoretical his ideas are and how little he can actually demonstrate.

Since it airs late at night on the History Channel or Discovery, between shows about Hitler and UFOs, it truly has the feel of that kind of made-up history. And using Joe Rogan as a source for your docuseries generally erodes someone’s credibility. While some of the incidents are more believable than others, his entire theory is academically dubious. Watch Movie Trailer:

When judging a show, everyone looks at its rating. Most of the time, the best way to know if a show will continue to air is to look at how well it does in the ratings. As your rank goes up, your chances of making it are better. The show has a good IMDb rating of 8.0/10 and a good audience rating of 57% on Rotten Tomatoes.