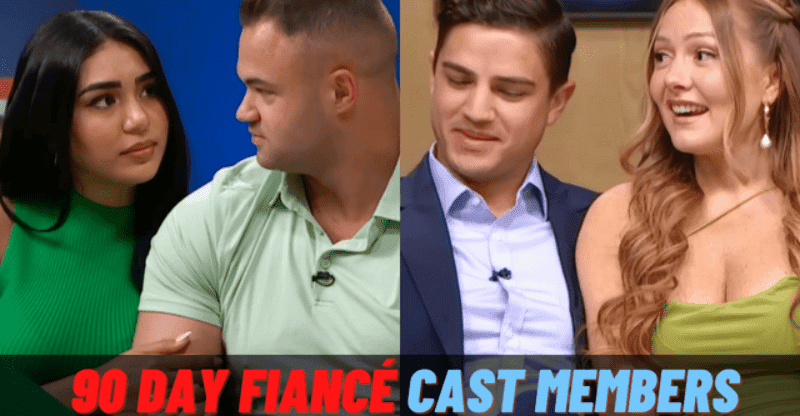 The American reality show 90 Day Fiancé airs on TLC. It follows couples who have applied for or been granted a K-1 visa, which is only given to foreign fiancés of U.S. citizens and gives them 90 days to get married. The first episode of the show aired on January 12, 2014, and there have been 9 seasons.

Discovery, which owns TLC, and some other people call the original show and its spinoffs together the “90 Day Fiancé Universe” or just the “90 Day Universe.”

Kobe, a reality TV star from Cameroon, shot to fame after appearing on the premiere episode of the ninth season of the American reality TV series ’90 Day Fiancé on TLC on April 17, 2022.

The show follows engaged couples who have applied for or been granted a K-1 visa, which is only given to foreign fiances of U.S. citizens and gives them 90 days to get married. Kobe Blaise was born in Yaoundé, Cameroon on September 26th, 1988. The year 2022 places Kobe Blaise at the age of 34.

American television personality, author, and traveler Ariela Danielle is well-known for having competed on the reality television series 90 Day Fiancé: The Other Way, 90 Day Bares All, 90 Day Fiancé: TOW Strikes Back!, and 90 Day Fiancé Season 9. Her successful television career attracted a tonne of fans on her social media platforms.

She gained notoriety by posting lifestyle content to her @arieladanielle Instagram account, which is renowned for featuring videos of her family and friends. Ariela Danielle is a 1992-born American citizen who was born in Princeton. Ariela Danielle is currently 30 years old.

Kara Bass is an American entrepreneur, model, and reality TV star who made her official television debut on the April 17, 2022 premiere of the ninth season of America’s reality dating show ’90 Day Fiancé’ on TLC. The show follows the journeys of new long-distance couples to the altar.

The non-citizen is living in the United States on a K-1 visa, which permits non-citizens to engage in a 90-day engagement. Kara Bass was born in 1993 in Charlottesville, United States. Kara Bass’s age in 2022 is 29 years.

Miona Bell is a make-up artist, a social activist, an influencer, and a reality TV star. Jibri Bell, Miona’s 28-year-old South Dakota fiancé, starred with her in Season 9 of 90 Day Fiancé. On social media, she got in trouble when people started comparing her old photos to her new ones.

Fans wondered what race she was because her skin tone has changed between then and now. Bell used Instagram to show that the accusations were false and to show who her real ancestors were. She got mad at the people on the internet who said she was blackfishing. Miona said that even though she has “roots in both Mexico and the Middle East,” she will always call herself “Serbian” because it is her “culture.”

In the Instagram post, Bell also told stories from her traumatic past and asked people not to judge her based on her reality TV show. She talked about her experiences as a child in a war-torn area to show how first impressions on the internet might be shallow.