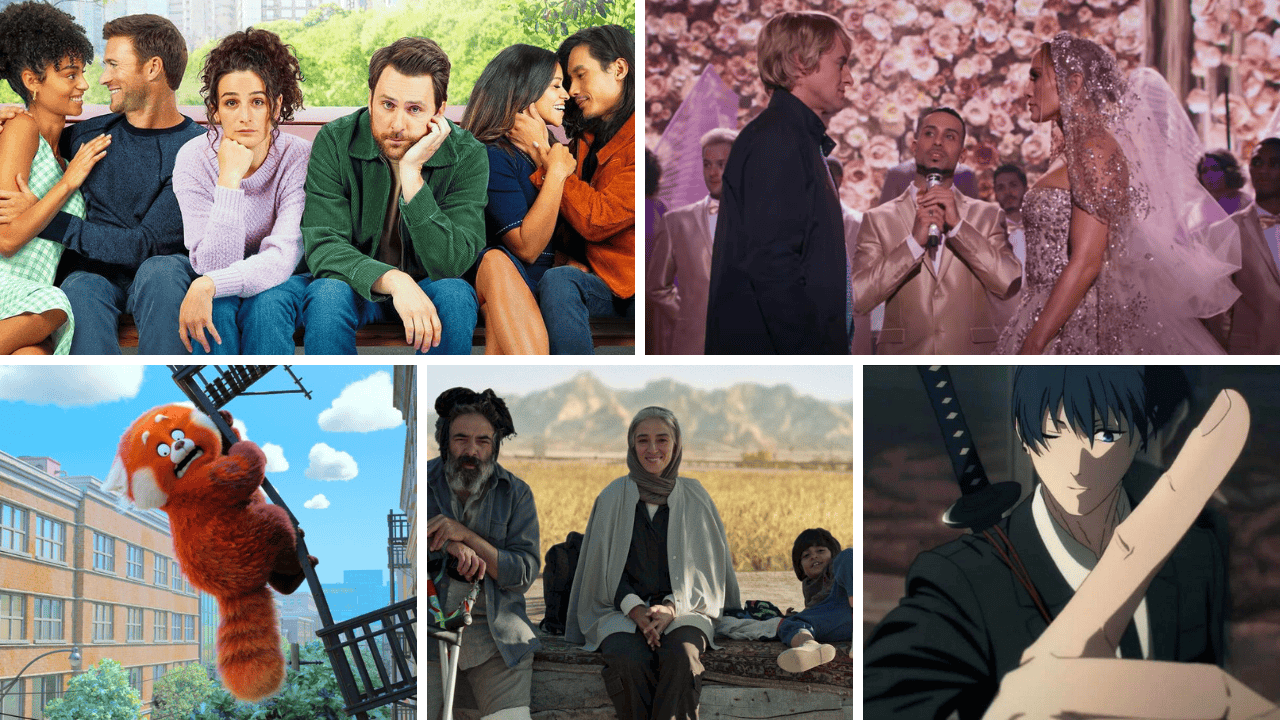 The year 2022 was a big one for comedic motion pictures. The films on this list will demonstrate that comedy is one of the most adaptable genres; generally speaking, it does best when combined with another genre in order to provide additional layers of complexity and narrative.

The top comedies of this year include everything from romantic comedies to comedies about families and children to comedies set over the holidays. This year, the family-oriented and animated comedy subgenres were easily won over by Disney, DreamWorks, Universal Pictures, and Pixar.

These are the comedic films that will be released in 2022 that you won’t want to miss, and they range from feel-good movies and animated offerings to the return of Elle Woods and the Sanderson Sisters. 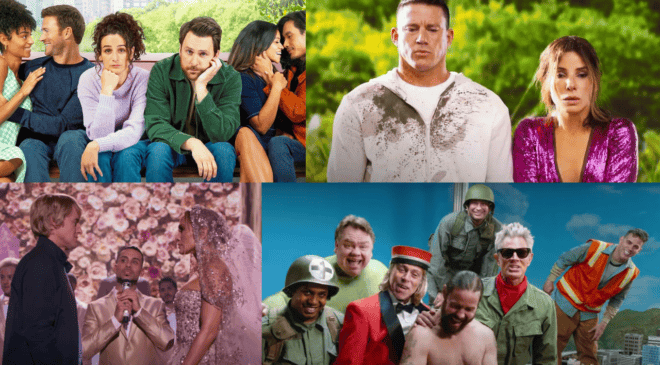 Hit the Road is the first feature film from writer/director Panah Panahi, and it’s a sharp and endearing portrait of a family painted through a series of road trip conversations, many of which are veiled, outright false, or disguised by ballbusting humour.

His mother Pantea Panahiha, is the car karaoke queen; his father, Hasan Majuni, is a broken-legged alcoholic; his son, is a quiet driver; and his little brother, played by a scene-stealing fireball, steals every moment (Rayan Sarlak). , and a gorgeous puppy that needs to go outside to pee all the time.

They go together over the dry and rural roads, stopping at checkpoints for a mission whose purpose becomes clearer and clearer the further they progress. Beautiful and moving landscapes are just as important to Panahi as the rhythms of discourse that come with years of experience. Even while every road trip eventually comes to an end, Hit the Road guarantees that the experience will be only as enjoyable as the company you keep on the way.

Released on March 25, 2022, The Lost City starred Channing Tatum and Sandra Bullock, a dream comic pairing for many. Loretta Sage, the protagonist of the film, is a reclusive widow who has found success with romance books about Dr. Angela Lovemore and her love interest, Dash McMahon.

Alan, the dimwitted model who plays Dash on the covers of Sage’s books, sets out to save Sage after she is kidnapped during the promotion of her latest work. The events that unfold are a hysterical jungle adventure.

While the film’s formulaic hidden-treasure narrative doesn’t amount to much, the chemistry between Tatum and Bullock makes up for its lack of originality. Therefore, The Lost City is incredibly entertaining, wonderful, and charming. It’s one of the few romantic comedies where you genuinely cheer for the protagonists.

Also Read: Tom Hanks Famous Movies: How Many Movies He Has Done Till 2022?

The vibe of the series is nicely captured in Chainsaw Man. And it shows how much the animators at MAPPA adore Tatsuki Fujimoto’s characters. This introduction is full of levity and tenderness.

There’s always something here to make you happy, even if you miss the numerous movie references or the moment of heartbreaking foreshadowing. The viral closing scene with Denji and Power dancing like complete and utter idiots. The song “Kick Back” by Kenshi Yonezu was definitely meant to represent Denji’s attitude, and it does so brilliantly. I’d recommend finding an English translation of the song if you haven’t already.

These days, Jackass comes at you in a different way. It is obvious that Johnny Knoxville and his crew have aged, and the evidence of a carefree lifestyle can be seen in their physique. At the end of the day, the Jackass lads are making do with what they’ve had for decades, much to the amusement of subsequent generations.

Must Read: Which Are Top 7 Movies Done By Robert Downey Jr.?

5. The Unbearable Weight of Massive Talent

This movie, in which Nicolas Cage plays the lead role, places a significant emphasis on the Cage cult. This action comedy can be enjoyed even if you are not a huge fan of Nicolas Cage, though having such a passion for him will certainly enhance the experience.

When it was revealed that Chip and Dale would be getting their own movie, it was reasonable to be sceptical. On the other hand, I get the impression that this movie was made by people who share my scepticism regarding ideas of this kind. Instead of being a pure adaptation of the cartoon, which was successful, Chip ‘n Dale is more along the lines of Who Framed Roger Rabbit. The fact that the movie is packed to the brim with references is to its advantage.

In J.Lo’s most recent romantic comedy, she portrays a music superstar who falls in love at first sight with a man named Wilson after discovering that her lover, played by Maluma, was having an affair with another woman.

Even though the marriage is only supposed to last for three months, the two strangers can end up falling in love with each other. The cast members include: Jennifer Lopez, Owen Wilson, Maluma, Sarah Silverman, Jameela Jamil and Jimmy Fallon.

Recommended: The 5 Greatest Poker Movies of All Time

Turning Red is a hyper-cute maelstrom of figurative layers and literal attractiveness that even the most dense can understand. Turning Red’s honest transformations are charming, deep, and heartwarming.

Chiang’s crackling vocal performance and breakneck visual style immediately establish Mei as a crazy little goober who knows who she is. What begins as a basic parable for puberty’s physiological treachery and seething emotions gradually gathers more realistic parts into its amazing, wonderfully rendered bear hug.

Turning Red is one of Pixar’s best films from the past decade and overcomes some of its flaws. It’s original and human-centered, without adult-focused messaging. It’s smart and funny without being pretentious.

There is no shortage of Jane Austen adaptations. As do retellings of classic Jane Austen stories with a modern twis). That indicates that you really need to deliver the goods in terms of the execution. That is what Fire Island is known for. It adapts Jane Austen’s famous novel Pride and Prejudice into a story about homosexual men spending their holiday on Fire Island, which is known as a popular gay vacation spot.

Just in time for Valentine’s Day, this romantic comedy about vengeance will be available on Amazon Prime. Peter (Day) and Emma (Slate), both of whom have recently been dumped by their respective partners, decide to join forces in an effort to put an end to the new relationships their exes are in and win them back.