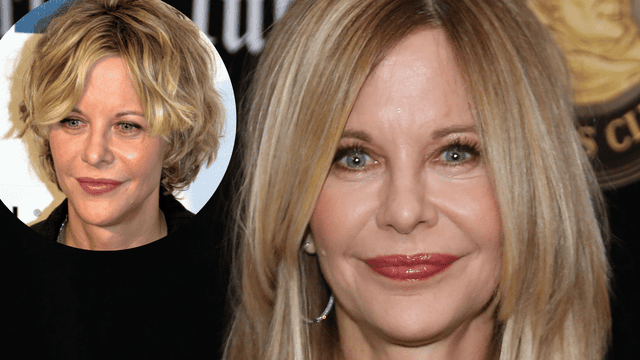 Where is Meg Ryan now: Meg Ryan was one of Hollywood’s “it ladies” in the era from the late ’80s to the ’90s. The actress from Fairfield, Connecticut stood out with her beautiful blue eyes, bright smile, and obvious dedication to her craft. Meg’s career began with a part on the soap opera As the World Turns, and it continued with starring roles in such iconic romantic comedies as When Harry Met Sally, Joe Versus the Volcano, Sleepless in Seattle, and You’ve Got Mail.

Meg worked steadily for over a decade, but she began turning down assignments in the mid-2000s and eventually stopped acting completely. Many people have pondered Meg’s whereabouts over the years since then. This is all we know about the whereabouts of the romantic comedy icon.

Who is Meg Ryan?

American actress Meg Ryan. Her first film role was in the 1981 movie Rich and Famous, which also marked the beginning of her acting career. In 1982, she became a regular cast member on the CBS daytime drama As the World Turns. Later, in the mid-1980s, she appeared in supporting roles in films like the commercial smash Top Gun, and she was noticed for her work in indies like Promised Land (1987) before she became a household name thanks to her turn in Rob Reiner’s romantic comedy When Harry Met Sally… (1989).

What Happened To Meg Ryan?

In the 1990s, Meg Ryan was one of the biggest actresses in Hollywood. After starring in a string of hit romantic comedies including “When Harry Met Sally,” “Sleepless in Seattle,” and “You’ve Got Mail,” the blond actress with the mischievous grin became America’s sweetheart.

Ryan began her career in soap operas, with the part of Betsy Stewart on the daytime serial “As the World Turns” in the early 1980s. In contrast, Ryan’s life and profession took on the air of a real-life soap opera by the turn of the millennium. With her 10-year marriage to actor Dennis Quaid on the rocks, Ryan’s hit career faced a snag following her performance in the 2000 Taylor Hackford thriller, “Proof of Life.”

Both the film’s poor reception and Ryan’s extramarital liaison with co-star Russell Crowe were major blows to her career. Nude scenes in the erotica thriller “In the Cut” from 2003 didn’t do much to improve her clean Hollywood image. It was “vicious” when Ryan released “In the Cut,” he told The New York Times in 2019. It’s possible that was the final film I ever made.

Why did Meg Ryan quit acting?

From 1986 through 1998, Meg starred in 22 films, as listed on her IMDb page. The success of You has Got Mail starring Tom Hanks, however, catapulted her into the public eye more for her private life than her acting career. A report in InStyle from 2000 claims that Meg had an affair with her Proof of Life co-star Russell Crowe, which put a strain on her marriage to Dennis Quaid. (The next year, Meg and Dennis got a divorce.)

She also suffered some damage to her professional reputation. Although she continued to work in film after the commercial failure of Proof of Life, she never again achieved the same level of popularity as she had with romantic comedies. After releasing Serious Moonlight in 2009 and making a cameo on Curb Your Enthusiasm as herself, she seemed to vanish for a while. She came back for a few projects in 2013 before going on hiatus again when she was attached to the canceled 2018 series Picture Paris.

Meg said she felt “isolated” working in Hollywood in 2019. “She told The New York Times, “the feeling with Hollywood was mutual; I just didn’t feel like I knew enough anymore about myself or the world to portray it as an actor.” Whenever they were finished, I was finished as well.”

Where is Meg Ryan now?

Meg still maintains an active online presence today, posting regular updates to her Instagram account. The actress’s updates range from political commentary to fond memories of earlier roles to news of current creative endeavors. To promote her upcoming film What Happens Later, Meg made the announcement on May 3, 2022, that she would be making a return to the romantic comedy genre. Meg not only acted in and directed the film, but she also co-starred with David Duchovny.

What Happens Later “follows ex-lovers Willa (Meg) and Bill (David), who are reunited for the first time since their split decades before when they both find themselves snowed in, in transit, at an airport overnight,” as stated by The Hollywood Reporter. There, they “reluctantly pull together yet forced to confront their history, coupled with what could have been and might well be again,” as the narrator puts it.

The film, which is based on the play by the same name by Steven Dietz, has been called an “evolved and nostalgic take on the romantic comedy.” In 2023, the film will have its world premiere.

It appears that after her breakup with singer-songwriter John Mellencamp, Meg is now dating again. As a couple, they dated from 2010 to 2014 and then got back together in 2017. In November 2018, they announced their engagement, however by November of the following year, they had broken up.