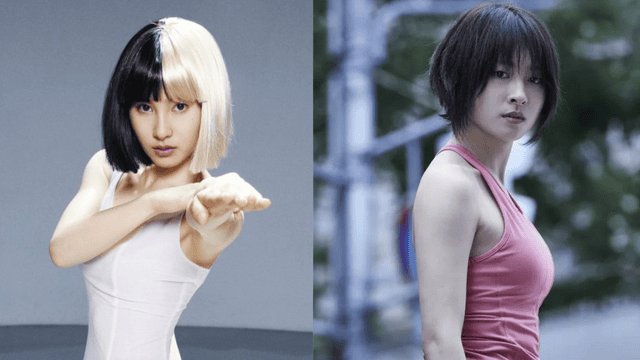 Who Does Tao Tsuchiya Play in Alice in Borderland?

Tao Tsuchiya is a dancer, model, and actress from Japan. In the Netflix show Alice in Borderland, she plays Usagi. Because she has been mountain climbing, Usagi seems to have a strong body and a lot of physical stamina. She still works out by running to keep her body in good shape.

She is both physically and mentally strong and is always trying to cheer up her team. She is strong, and she is also smart enough to understand most of Arisu’s plans and ideas. She can go on her own, but she can also work with other people.

Who was Usagi Before the Start of the Game?

Usagi was the daughter of a famous mountain climber in Japan and often came with him whenever he went on trips to the mountains. But after being accused of faking his hike on Mount Everest, he allegedly committed suicide after telling Usagi he was going to hike. Usagi initially felt like a wreck, but secretly promised her father that she’ll survive when in the borderland.

Read More: Who Plays “Chishiya” in Alice in Borderland? Check It Here!

Who is Tao Tsuchiya In Real Life?

Tao Tsuchiya is a Japanese singer, songwriter, dancer, and actress. She is best known for her roles as Makimachi Misao in the movie series Rurouni Kenshin, Mai Nakahara in The 8-Year Engagement, Koharu in The Cinderella Addiction, and most recently, Yuzuha Usagi in Netflix’s Alice in Borderland.

Tsuchiya was chosen out of 2,020 women who tried out for the part. She played the lead role in Mare, a morning drama serial that began airing on Japan’s public television on March 30, 2015.

She is one of the few Japanese actresses who can act in action scenes, as seen in Rurouni Kenshin and the popular Netflix show Alice in Borderland. Honoka, her older sister, is a model, and Shimba Tsuchiya, her younger brother, is also an actor.

How did Usagi Meet Arisu in Alice in Borderland?

Usagi shows up for the first time in Episode 2, during the game of Five of Spades. She is seen as a key player and helps a lot to clear the game by using her mountain climbing skills to get to the safe room as quickly as possible.

She meets Arisu on the road after the Seven of Hearts game, but at first, she doesn’t help him. When he stayed lying down in the rain, she finally felt sorry for him and came to his rescue. She complimented him on how he played the Five of Spades game and told him, “I don’t want you to die.” Together, they win the game of Four of Clubs.

Usagi and Arisu find out about the Beach and try to find out more about how to get there from other players. But the Beach executives themselves kidnap them and force them to give the Hatter their cards.

While Aguni is chosen as the new leader of the Beach, Usagi and Arisu are pulled into Chishiya’s plan to steal all of the playing cards. Later, they find out that the plan was a fake, and Arisu is taken while Usagi bites Niragi’s tongue to stop him from raping her.