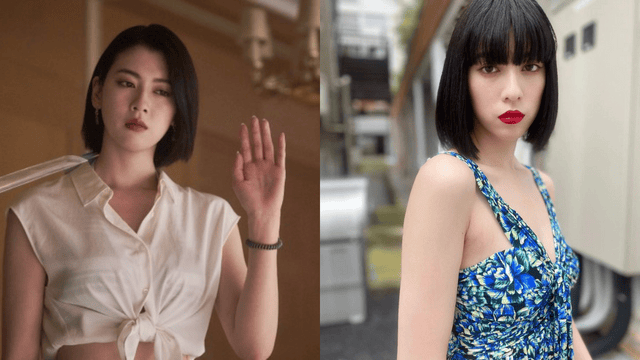 Alice in Borderland features several characters, one of whom is Rizuna Ann, also known as Ann. The actress Ayaka Miyoshi plays her. Ayaka Miyoshi is a former idol, actress, and model from Japan. She is represented by the talent agency Amuse, Inc., and she was a part of the group Sakura Gakuin from 2010 to 2012. Let’s explore Who is Ann Rizuna in real life. Read the full article for all details.

Who is Ann Rizuna in Alice in Borderland?

One of the characters in Alice in Borderland is named Rizuna Ann, who is also referred to simply as Ann. Ayaka Miyoshi is the actress that plays her in the show. Ayaka Miyoshi is a Japanese singer, actor, and model who is now under contract with Amuse. When she was in the third grade, she was discovered by a talent scout.

She was successful in the tryouts for Nico Petit in 2008, and she became their model till 2010. She joined the idol group Sakura Gakuin in April 2010 and was a member of the group and its subunit SCOOPERS until the end of March 2012, when she graduated from the program. She has been featured as a model in the Seventeen magazine edition published in Japan.

How Well Does She Plays the Role of Ann Rizuna?

Ann is one of the smarter characters, as shown by what she does in Season 1, Episode 7, and how quickly she figures out how to solve the “Light Bulb” puzzle in the Four of Diamonds game, which shows how perceptive she is.

She also stays calm and rarely shows how she feels, no matter what, and she is never scared, even if a game or a threat puts her life in danger.

But she can also be a bit careless, like when she ran out into the open during “The Beach Massacre” and was attacked by two militants. She knows who she can trust because she put her faith in Kuina during the Ten of Hearts game.

When Was She First Appeared in Alice in Borderland?

Ann is introduced in Season 1, Episode 5, right after Ryhei Arisu and Yuzuha Usagi arrive at The Beach, where Ann is the main member. After she first shows up, her role isn’t very big in the first few episodes, but it grows a lot during the Ten of Hearts Game. Ann makes it through this game, and she is seen outside of The Beach as it burns down. Most of the time she was with the “Chishiya”

What Role Does Ayaka Miyoshi Play in Alice in Borderland?

Ann worked in the Tokyo Metropolitan Police’s forensics division before she moved to the Borderland. About her past relationships, not much else is known. She had to play games to stay alive, just like everyone else sent to Borderland.

At some point, she either found The Beach or it found her. Because she had so much experience with the games, The Beach made her one of its executive members. Since then, she’s been helping Hatter, who started The Beach, and the other members get all the playing cards.