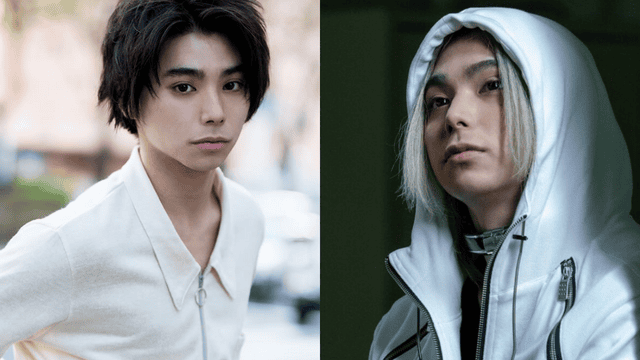 Shuntar Chishiya, often known as Cheshire, is the main character in Alice in Borderland. Nijiro Murakami portrays him. Diamonds are his specialty. Chishiya has shoulder-length, dyed grey hair and a mole under his left eye.

Who Plays Chishiya in Alice in Borderland?

Actor Nijiro Murakami is from Japan. On the Netflix series Alice in Borderland, he plays Chishiya. On March 17, 1997, in Tokyo, Japan, Murakami was born. He is the lone child of singer Ua and actor Jun Murakami.

When he was nine years old, his parents got divorced, and he spent his childhood living with his mother, stepfather, and three younger half-siblings. He relocated to Okinawa while still enrolled in preparatory school. For a while, Murakami pursued his education in Montreal, Canada.

Read More: Who is Caroline Ellison? Let’s Explore Her Career, Net Worth, and Much More!

How Good is Chishiya’s Character in Alice in Borderland?

Chishiya is shown to be sneaky and smart, and he uses his wits on purpose. He usually looks calm. Chishiya is also a manipulative player because he is seen taking advantage of other people.

Even though he stays out of the way most of the time, he often says hurtful things to other people. He also pays close attention to what’s going on around him, which he uses to his advantage. Niragi once said that his eyes are too condescending and bother him. You can watch the trailer of Alice in Borderline Below:

How Many Cards Does Chishiya Collect in Alice in Borderland?

Chishiya first shows up in Episode 2, during the second game Arisu and Karube play, Five of Spades. He starts the game by watching the players from the top floor of the apartment building. His jacket covers his face, giving him a strange look.

But later, he is seen helping Arisu in the safe room of the complex by using a taser he brought with him to attack the Horse Head. After the Horse Head is taken off, Chishiya looks in the person’s jacket pocket and finds a piece of paper that he thinks may be useful later.

Chishiya is seen at the Beach and is shown to be a member of the Beach’s executive team when he shows up at several meetings. After the Hatter is found dead, Aguni has to get the Beach’s vote to become the new leader.

Soon after that, he uses Kuina and Arisu to steal all the current playing cards that are locked up in a safe. He does this because he thinks that only one person can go back to the original world once they have all the cards. At the end of season 1, he has all the cards.