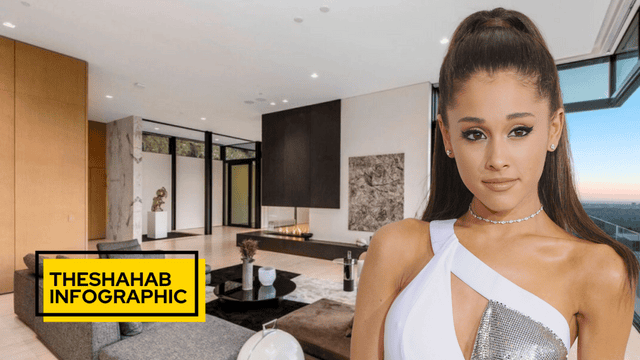 In June 2020, we found out from the LA Times and “real estate sources who were not allowed to speak publicly” that Ariana spent a huge $13.7 million on a sleek home in the Bird Streets of the Hollywood Hills.

The stunning home has 10,094 square feet of living space spread out over three stories. It has disappearing walls of glass, smart technology throughout, a chef’s kitchen, a wine cellar with more than 300 bottles, and priceless views that go all the way to the ocean.

She was in great company. Chef Bobby Flay, Leonardo DiCaprio, Keanu Reeves, and rumor has it that Diana Ross also lives in the same part of the hills. Grande said goodbye to her hillside home in 2021 when she sold it for $14 million.