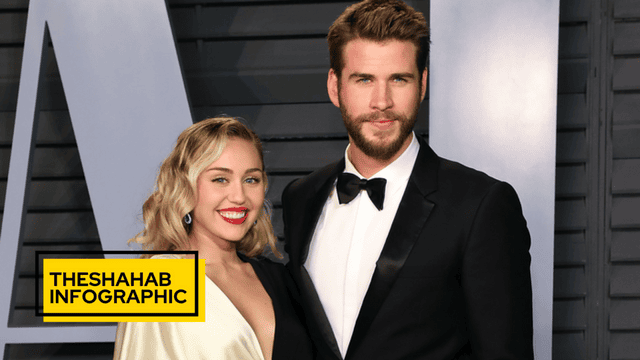 A love story by Nicholas Sparks, but it doesn’t have a happy ending. Miley Cyrus and Liam Hemsworth dated on and off for ten years. After a quick marriage, their relationship ended.

So, Let us see How this has happened and  When everything about their relationship

“You fall in love with who you fall in love with; you can never choose,” he said. “I guess some people just come with a little more baggage. I mean, look — we were together five years, so I don’t think those feelings will ever change. And that’s good because that proves to me that it was real. It wasn’t just a fling. It really was an important part of my life and always will be. She’s a free spirit. I think she’ll always surprise people with what she does, but she’s not a malicious person in any way. She’s a young girl who wants to do what she wants to do.”

This following year the couple decided to wear an engagement ring again. But In 2018, when a wildfire in California destroyed their home, they became closer to each other.

More intriguing details about the relationship, anyone?

“He doesn’t think it’s romantic, but I’ve learned that it is,” she said on the Howard Stern Show after the fire in November 2018 when she called Hemsworth her “survival partner.” “That’s why you stick with someone, so you can stay alive, and he was so great.”

One month later, on December 23, 2018, they got married at their home in Tennessee.

In August of that year, pictures of Cyrus making out with Kaitlynn Carter made the news that the two had broken up.

“Just a quick note to say that Miley and I broke up recently, and I wish her nothing but health and happiness in the future,” he wrote on Instagram at the time.

At the time, Cyrus said he didn’t cheat.

Why Can’t Onoe and Kaburagi Collaborate in Ameiro Paradox Episode 6?