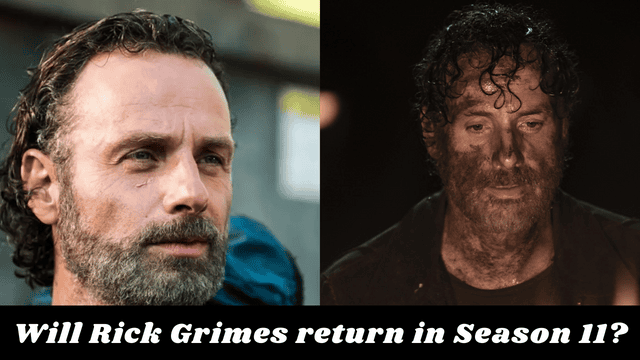 So, how could a TV show that lasts an hour and a half or more be about history without destroying plans for the future? As it turns out, it works pretty well! This article is about whether Rick Grimes will be back in Season 11.

Who is Rick in Walking Dead?

Rick and Lori are happily married, and he works as a sheriff’s deputy in a small town. Carl is their son, and Judith is their daughter. When he comes to after being in a coma from a gunshot wound, he discovers that the world has been taken over by reanimated humans known as “walkers.” After years as the main character of The Walking Dead, Rick Grimes was finally killed off in 2019’s Issue 192.

The Walking Dead: Whatever Happened to Rick?

The scene in which Andrew Lincoln plays Rick Grimes is a flashback in the series finale of The Walking Dead. In Rick’s final episode, Michonne finds the etched iPhone he threw into a bag and threw off a boat in Season 10 of The Walking Dead. The Walking Dead’s Rick’s return scene has to take place before then. That bag he tossed into the deserted boat and hoped would find its way to the right people could have been there for years.

The Walking Dead does a good job of describing Rick’s predicament. After Rick’s helicopter crash in The Walking Dead Season 9, he was rescued and taken to the Civic Republic. In a similar vein, Rick and the CRM (Civic Republic Military) butted heads, possibly because the criminal regime wouldn’t let him leave.

“We’re the ones who live” – Rick Grimes #TheWalkingDead #RickGrimes pic.twitter.com/UkNQwEL9Vm

Rick has become the CRM’s captive, desperately trying to escape at every available opportunity. It’s impressive that Rick was able to escape the clutches of the Civic Republic, if only temporarily. This bombshell information clarifies why Rick abandoned Alexandria forever.

In The Walking Dead: What’s next for Rick Grimes?

The audience can infer several significant things about the future of The Walking Dead from Rick’s daring escape. First, the CRM’s efforts to reclaim The Walking Dead’s bearded hero Rick suggest that he has some value to the Civic Republic beyond just being a target for execution.

Jadis did, in fact, allude to this in The Walking Dead: World Beyond Season 2. A voice from the aircraft sounds casually familiar, suggesting Rick has tried to escape previously. Lastly, “it’s like he told you” suggests the existence of a more powerful CRM villain Rick has battled, possibly the supreme leader himself, Major General Beale.

Potential future information for “The Walking Dead” on AMC could be where Rick Grimes is when the CRM finds him again. The United States government’s Operation Cobalt early-warning strategy to bomb infested areas may be to blame for this destruction.

On the other hand, as depicted in The Walking Dead: World Beyond, the CRM is well-versed in the destruction of communities and possesses the means to do so. While it’s possible that the city Rick can see across the river is the CRM’s most recent target, determining this is impossible without knowing how long Rick was free or how far he traveled.

Will Rick Grimes return for Season 11?

After Andrew Lincoln’s departure from “The Walking Dead,” it was officially decided that Rick Grimes will not return. The Walking Dead movies were constantly discussed, and it was made clear that Rick would not be included in them.

A new deck of cards appears to be in play after the cancellation of the point films and the promotion of the Rick and Michonne spin-off. The series creators of “The Walking Dead” might elegantly wrap up their growing ballot with a cameo by Rick and Michonne in the season finale.

Expert TWD suckers, as we all know, would love nothing more than for Rick to make a comeback. For days leading up to the fantastic panel at San Diego ridiculous- Con 2022, “Rick Grimes” trended on Twitter as fans speculated whether or not Andrew Lincoln would announce his comeback.