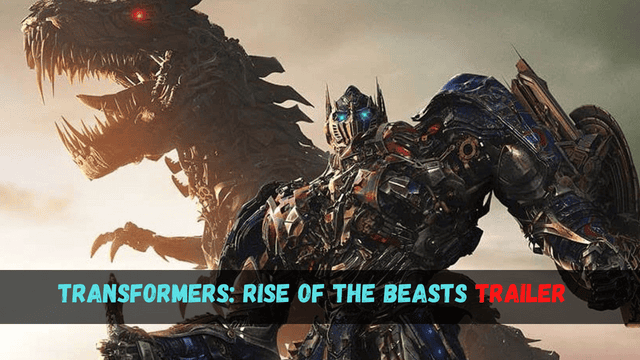 Transformers:Rise of the Beasts Trailer Show Return of “Optimus Prime”!

With the release of the first teaser trailer for Transformers: Rise of the Beasts, fans now have an exciting sneak peek at the 90s nostalgia and the new cast of characters in this installment of the Transformers movie franchise. This addition is intended to be the first book in a new trilogy that continues the story from Bumblebee in 2018.

The American science fiction action movie Transformers: Rise of the Beasts is coming out soon. It is being directed by Steven Caple Jr. It will be the seventh live-action Transformers movie and a sequel to Bumblebee. It will be based on Hasbro’s Transformers toys and be mostly inspired by the Beast Wars storyline.

The movie will be about Optimus Prime in 1994 in Brooklyn, New York City, and parts of Peru, like Machu Picchu, Cusco, and Tarapoto, San Martin. Anthony Ramos and Dominique Fishback will play the main characters.

Transformers: Rise of the Beasts Trailer is Out!

After Michael Bay’s ten years as director of the hugely popular and complicated Transformers movies, the Bayformers are getting a soft reboot and going into Beast Mode.

With the release of the first trailer for Transformers: Rise of the Beasts, longtime fans of the Beast Wars series can now stand up and cheer for the big screen versions of Optimus Primal, Cheetor, and all of their different allies and enemies.

Transformers: Rise of the Beasts will take viewers on a ’90s globetrotting adventure and reintroduce the action and spectacle that have enthralled moviegoers around the world.

It will also introduce the Maximals, Predacons, and Terrorcons to the ongoing conflict between the Autobots and Decepticons on Earth. The movie, which is helmed by Steven Caple Jr. and stars Anthony Ramos and Dominique Fishback, hits theatres on June 9, 2023.

What will happen in Transformers: Rise of the Beasts?

This movie looks like it will move away from the way Michael Bay has handled this movie series, which is exactly what this series needs if it wants to be successful again, both critically and financially. Still, the plot of one Transformers movie is pretty straightforward. It’s about a battle between good and bad robots that can change into different electronic devices, most vehicles.

According to earlier reports, the movie will take place in 1994, and it will be about two archaeologists who find themselves in the middle of an old war between the Autobots and the Maximals, the Predacons, and the Terrorcons.

First, the trailer showed us Optimus Primal, who is the leader of the Maximals and can change into a kind of robot gorilla. In the Beast Wars story, Optimus Primal is known as the main character. And almost as soon as we meet him, the most famous Autobot, Optimus Prime, comes back.

Read More: What is the Renewal Status of Wednesday Season 2 Release Date?

Is Optimus Prime Returning in Transformers: Rise of the Beasts?

Almost as soon as we meet Optimus Primal, we see Optimus Prime again, who is the most well-known character in all of the Transformers media. Peter Cullen is back to give this legendary character’s voice. Prime is ready to fight Optimus Primal, but Primal warns him about a new threat. 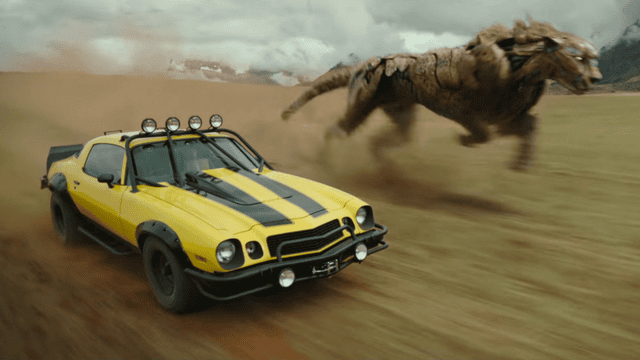 From what we can see in the trailer, Optimus Prime looks a lot different than he did in Michael Bay’s movies, but he also looks a lot like the Optimus Prime we all know and love from the animated series. If you ask us, this change in how Optimus looks is a good thing. What more could a Transformers fan want than to hear Peter Cullen’s famous Optimus Prime voice again?

We also get to see how Bumblebee has changed since his 2018 movie. This updated Bee is a bridge between the 1980s and 2000s versions of the character. It has all of the bot’s familiar features in a newer, but still retro, design. Even though Bee was the main character in the last Transformers movie, it looks like he will have to share the spotlight with the other new actors.

Anthony Ramos in Transformers: Rise of the Beasts!

We also learn about Noah and Mirage in the trailer. Noah, who will be played by Anthony Ramos, will be the Autobots’ most important human friend. Noah is shown in a state of panic as his car, which has the familiar Autobot logo on it, takes over and forces him to run from the police. This is a continuation of Sam Witwicky’s story.

Pete Davidson will be the voice of his new car and partner, Mirage. Mirage takes the chance to show off why he was named that by making several fake holograms to help them get away from their pursuers.

Where is Brian Bell? What Happened in the Case of Kendrick Johnson?