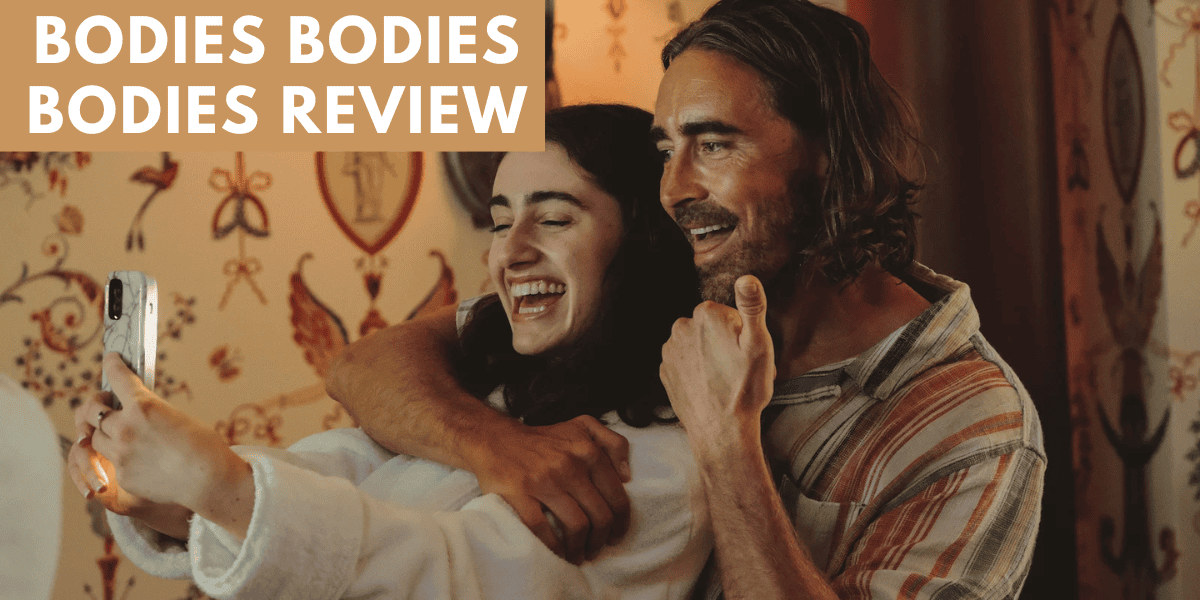 After a close-up of two young women’s passionate smooch, the camera refuses to perceive anything but their love for one another.

“Bodies Bodies Bodies” filmmaker Halina Reijn almost makes a promise with this thirsty kiss, which is sensual, lively, and refreshingly immodest. What a delight it was to realize at the end that she had kept her word with her whodunit that lasted the entire night. “

Sarah DeLappe’s screenplay (based on a short tale by Kristen Roupenian, the author of the New Yorker short story, Cat Person) doesn’t exactly give a pleasant cast of characters, so this open-handedness is definitely a daring gamble here.

Sophie and Bee, played by Amandla Sternberg (The Hate U Give) and Maria Bakalova (Borat Subsequent Moviefilm) respectively, are the first two snoggers we encounter in the film. We learn from tidbits of information that they are a young couple on their way to a house party at the mansion of Sophie’s longstanding closest friend David (a hilarious Pete Davidson). 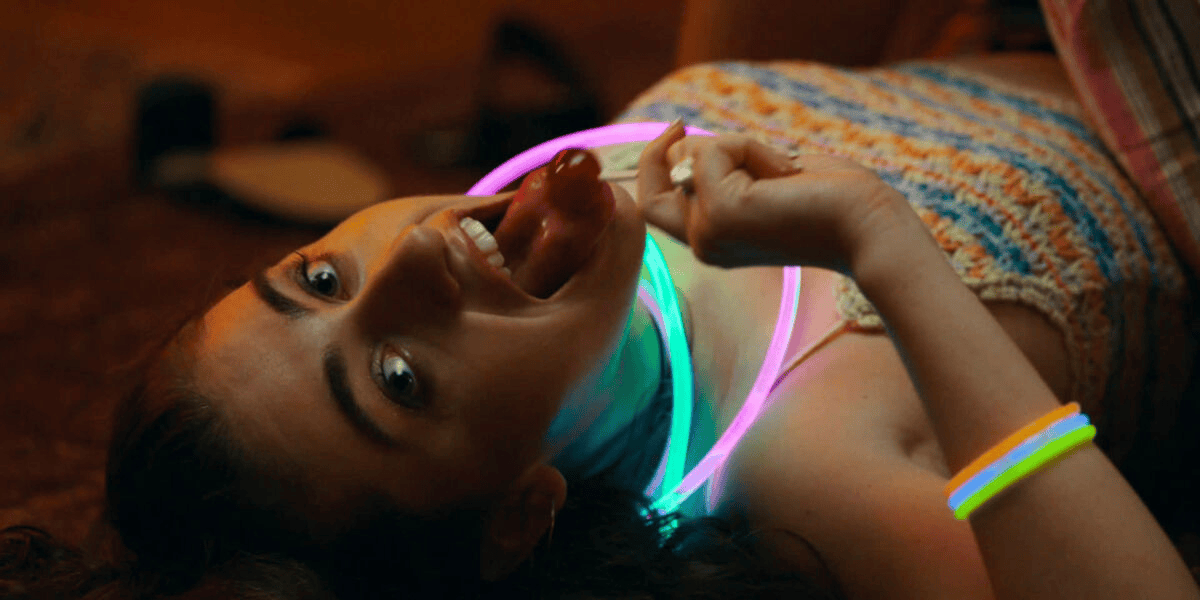 Also in the mix would be Pete’s girlfriend Emma (Chase Sui Wonders), Jordan (Myha’la Herrold), and the feisty Alice (Rachel Sennott), the clear standout of the group as a delightfully ignorant podcaster. Greg, Alice’s 40-year-old lover, stands out among a sea of twenty-somethings (Lee Pace).

You can see that all of these people, with the possible exception of Bee, have an intolerable amount of wealth. But the wealth that they have is not enough to cover up the petty competition that exists among their ranks. As soon as Sophie and Bee walk inside the huge home, everyone is taken aback, and soon after that, grudges begin to surface.

What was Sophie thinking by not responding to the group conversation and confirming her attendance? Who exactly is this Bee that she brought with her?

(Because Jordan still has feelings for Sophie, it seems as though he takes Bee’s presence particularly badly.)

It appears as though the members of the group are in the midst of a perfect storm of resentments toward one another, which is only topped by the actual hurricane that is on its way, which is the actual catalyst of the house party that is filled with alcohol, drugs, and silly games to be played in the dark.

The murder mystery-based game Bodies Bodies Bodies, which serves as the leader of those games, is responsible for setting all of the depravity in motion across the impressive chambers of the estate.

Before we know it, the posse has completely lost all of its power, and bleeding victims are literally beginning to fall one at a time, against the backdrop of a roaring storm and Disasterpeace’s increasingly terrifying score. Reijn, in collaboration with “Monos” cinematographer Jasper Wolf, makes excellent use of all the nooks and crannies of the house’s magnificent interiors. 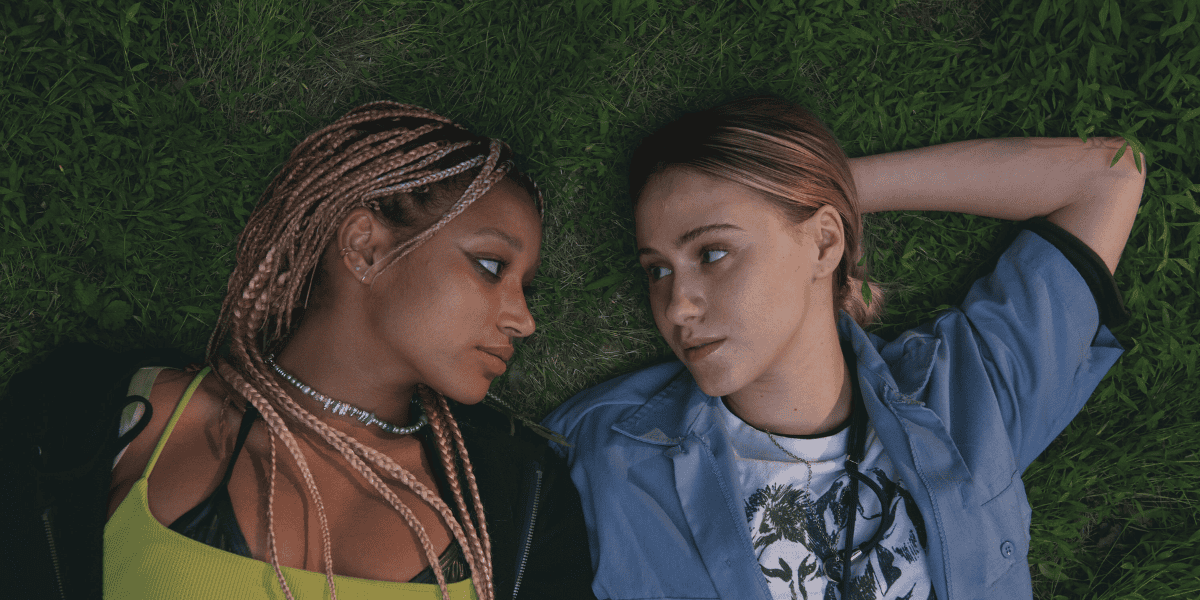 He deftly navigates a convoluted chain of events with edge-of-your-seat intrigue, a healthy dosage of scares, and an authentic sense of comedy. Every good slasher movie, or at least the good ones like the first “Scream,” which gives “Bodies Bodies Bodies” a significant chunk of its DNA, is a dance between what the camera chooses to show and what it decides to conceal.

Reijn, who is fluent in the vocabulary of the genre, manages to keep you guessing throughout the piece, and at moments you may even find yourself wishing you could go back in time just a few seconds and have another look at what has just taken place. (It goes without saying that “Bodies Bodies Bodies” is an excellent film to consider seeing more than time in the cinema after you have experienced its surprising reveal; this is due, in no small part, to the phenomenal performance of its cast.)

The believability with which Reijn builds the world in which the spoilt children live is another aspect of the film that contributes to its overall appeal. Sure, from “gaslighting” to “ally,” lots of trendy buzz phrases are flung around by these people who spend their entire lives digitally on social media, TikTok, and group texting, to say the least.

This is true for a wide variety of popular topics as well. But in “Bodies Bodies Bodies,” these words add up to a lot more than meaningless box-ticking since they are directed by an incisive script that works overtime to represent its individuals not as strawmen, but rather as real, actual flesh-and-blood members of Generation Z.

At first, you become intoxicated by the organic chemistry of the people, and you get to know them rather well. (The incredible brilliance of the group’s performance cannot be emphasized.) And not long after that, you start having second thoughts about how well you actually know them, wondering whether you overlooked something important in the past, which is something that can happen even with one’s closest friends on occasion.