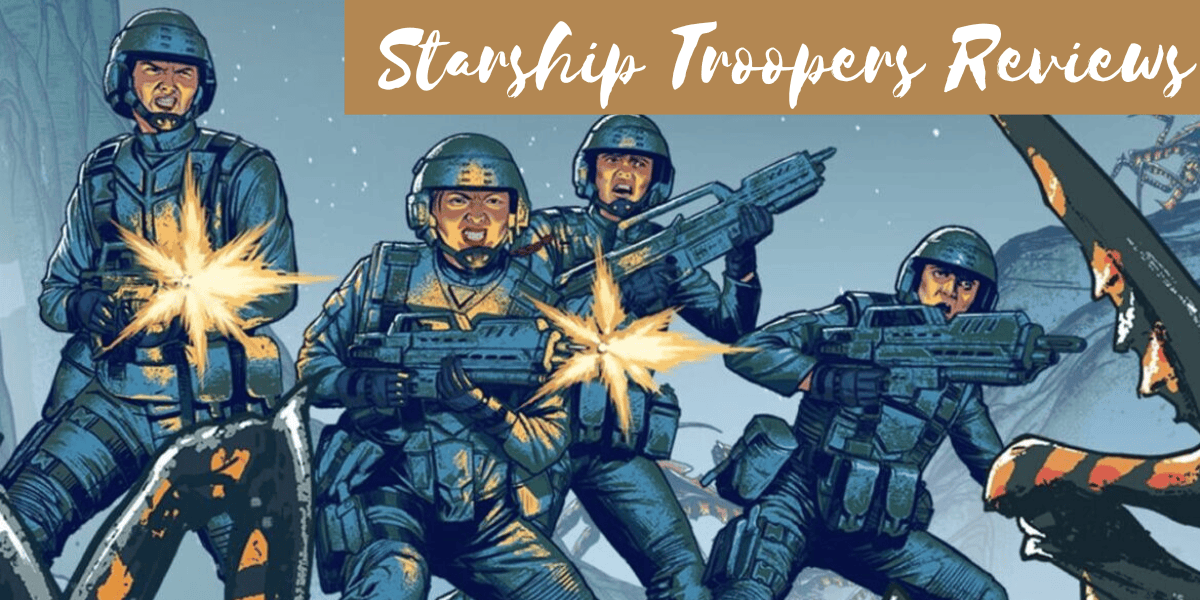 Starship Troopers, Paul Verhoeven’s 1997 follow-up to his infamous 1995 Showgirls, is clear from the start that this is not an Oscar contender. Casper Van Dien, who plays the lead role, is the worst actor in the movie. Denise Richards’ performance as wannabe pilot Carmen Ibanez is equally questionable.

Clancy Brown and Michael Ironside are the two notable actors in this film. Starship Troopers, on the other hand, is satire at its finest, with Verhoeven brilliantly weaving societal commentary and potshots into the film.

The storyline itself is rather simple. The world of Troopers is united in the future under the control of the “Federation,” a fascist military organization.

Earth’s population is divided into two categories: Citizens, who have enlisted in the Federal Service, and Civilians, who have not. Voting in Federation elections, running for public office, paying little to no college tuition fees, and being allowed to have more than two children are all rights enjoyed by citizens.

Civilians are not allowed to vote, they cannot receive free education, and it is more challenging to get permission to have children. Johnny Rico, a high school student in this universe who is graduating with his fiancée Carmen Ibanez, Dizzy Flores (Dina Meyer), a buddy who wants to be his girlfriend, and psychic friend Carl Jenkins are introduced (Neil Patrick Harris).

Carmen makes the decision to enlist in the military in an effort to elevate her social status. Against the wishes of his affluent civilian parents, Johnny also enlists. After many days of military training, Johnny recognizes he didn’t sign up for the proper reasons, but just as he’s about to leave, he learns that his family and millions of others are killed when an asteroid from the planet Klendathu hits his hometown of Buenos Aires. 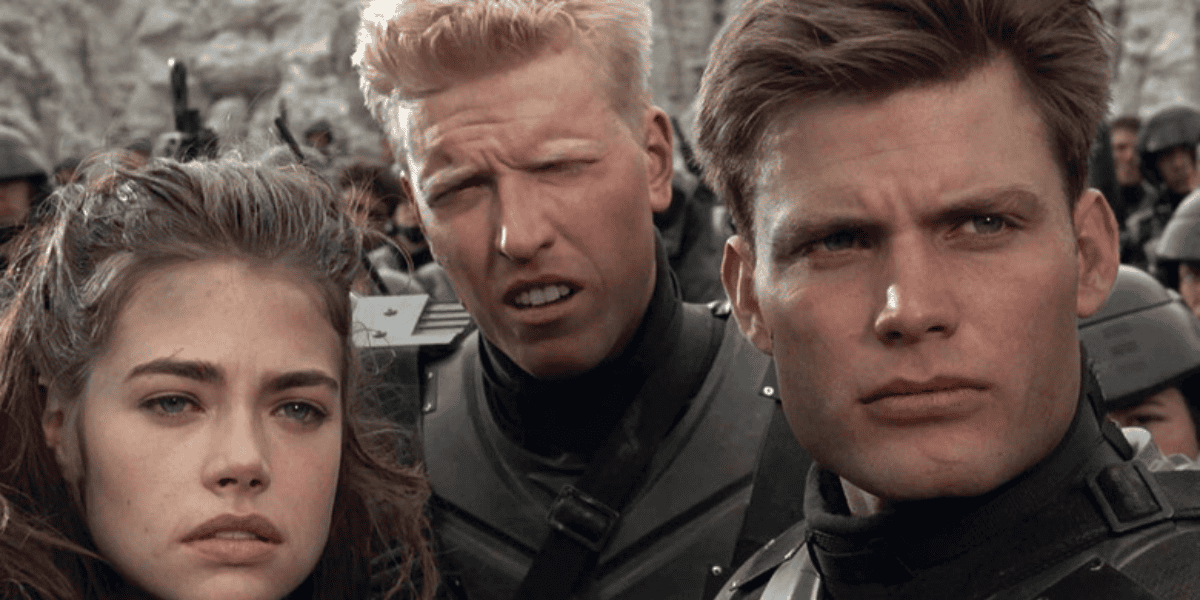 When the game resumes, Johnny and his fellow troopers travel to Klendathu to eliminate the planet’s evil inhabitant—large, lethal space bugs known as Arachnids. They incur enormous losses as a result of realizing too late that they were attracted to the planet. Carmen incorrectly believes Johnny is dead because he is labeled as “Killed In Action” despite being seriously hurt during the attack.

Johnny is given a special Mobile Infantry unit called the Roughnecks while he recovers from his wounds. After being ambushed, the Roughnecks eventually force the Arachnid forces to retreat after suffering heavy losses. Johnny is made a lieutenant on a military vessel and given command of the Roughnecks, who are dispatched back to the planet to look for “brain bugs,” big, smart bugs that regulate the Arachnid actions.

In their pursuit, the Roughnecks explore a number of caves, which leads Johnny and two troops to a sizable subterranean space where Carmen, who crashed into it with her now-dead (and brainless) co-pilot, is set to have her brains sucked out by a brain bug. A wounded soldier named Sugar Watkins (Seth Gilliam) stays behind to detonate a nuclear weapon as the other soldiers evacuate.

When they get to the surface, they discover that the Mobile Infantry has managed to capture the brain insect, offering the forces of Earth an opportunity to learn how the bugs think and swing the fight in their favor.

The first half of Starship Troopers follows a group of recent high school graduates as they continue on their journey, while the second half is full-on, unrelenting action from beginning to end, supported by amazing, creative special effects (fun fact: Starship Troopers was nominated for “Best Visual Effects” at the 1997 Academy Awards but lost to Titanic’s special effects-heavy powerhouse status). Additionally, whether on purpose or not, it bears homage to the films Aliens and Star Wars.

The sheer number of veterans in the movie who have lost limbs to the bugs is, first and foremost, a telling sign of the value of the military and military technology above cutting-edge prosthetic limbs, but it also made me think of how frequently hands are chopped off in the Star Wars movies. A cocky military force is overrun by intelligent creatures who kneel to their leaders, the brain bug and the alien Queen, respectively.

This is where the reference to Aliens is more evident. The movie really reminded me of a line from Hudson (Bill Paxton) in Aliens, who asks, “Is this going to be a standup fight, sir, or another bug hunt?” With a few minor adjustments, it is plausible that they coexist in the same universe, with the phrase “bug hunt” literally referring to arachnids.

The film’s satire, as was already said, is its main power, regardless of how fantastic the effects are. Verhoeven uses television snippets and false advertising, much like his RoboCop, to poke fun at society. The ones in Troopers, though, are sharper; RoboCop utilizes them to poke fun at Cold War politics and the American auto industry.

They are humorous extremes of military propaganda, advocating for enlistment in the Federal Service while portraying contented citizens (not civilians) and images of cheerful kids carrying guns. The advertisements complement the portrayal of a Nazi-style state that is accepted and operating. 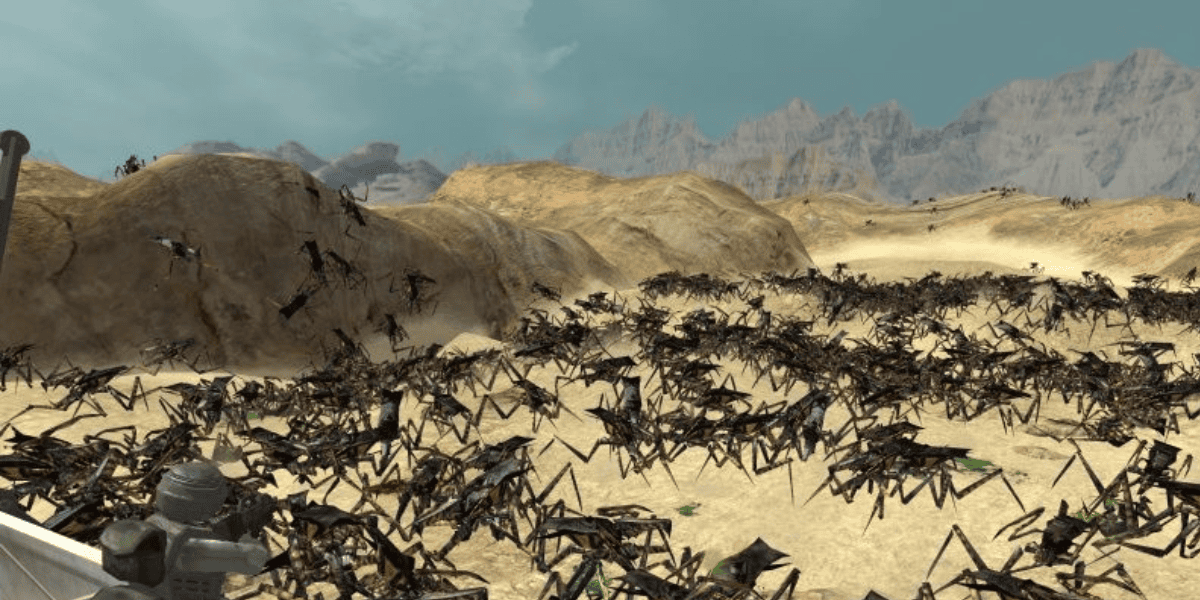 It is obvious that the reference to Nazism is satire intended to highlight the risks of extreme policies that somehow slipped past the critics of the time since it is so over the top and pervasive, from costuming to the usage of a Nazi Eagle-like symbol. Another target of Verhoeven’s penetrating criticism is militarism. For the Federation forces, there is no strategy.

When that inevitably goes wrong, they simply send in additional soldiers. They are instructed to go in and kill everything with more than two legs. The horrifying images of the dead are a constant reminder of the atrocities of war and a graphic illustration of the perils of unrestrained government. The final blow is the actual killer.

The protagonists of Starship Troopers instead become a part of the system, creating a vicious cycle where they are now the stars of the propaganda, as opposed to earlier movies where the main characters would discover the evil side of their leadership and even choose to fight against it.

Starship Troopers sets its aims high for what initially appears to be an action-packed popcorn movie, and the themes it addresses are now alarmingly more relevant than ever.