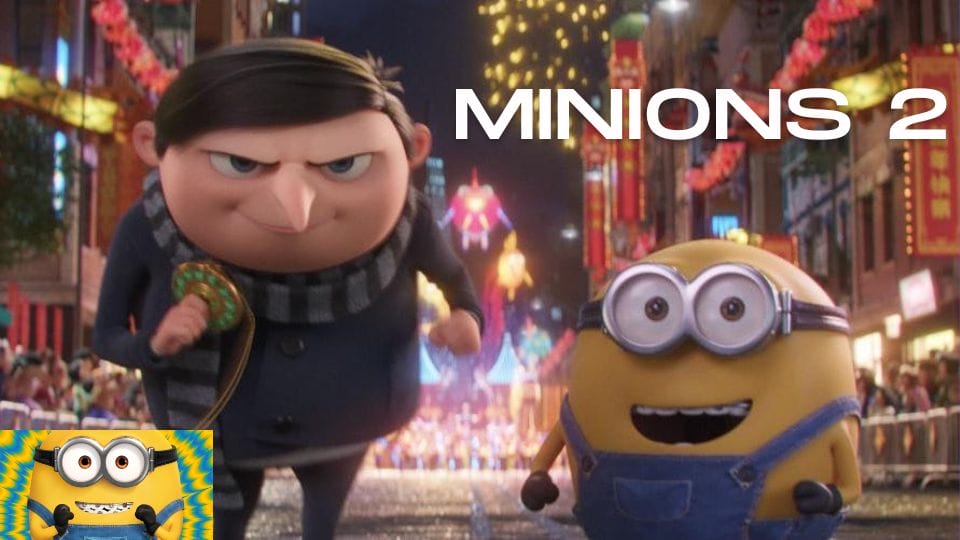 In the movie, Gru is a 12-year-old boy who wants to grow up to be the best supervillain.

This is the fifth Gru and the Minions movie that Universal Studios has put out. 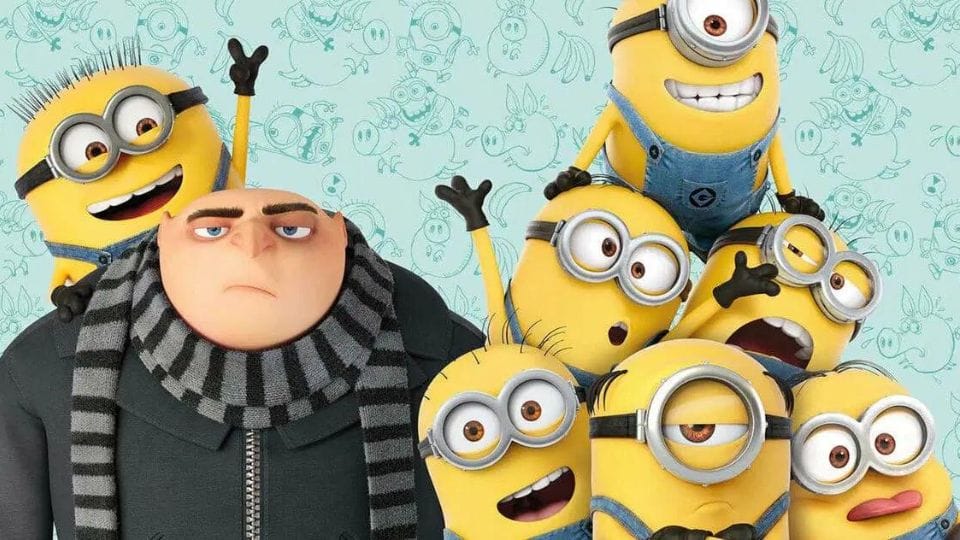 What is the Story of the Movie?

Universal says this about the plot of Minions 2: The Rise of Gru:

“Gru grows up in the suburbs during the 1970s when everyone had feathered hair and flared jeans. Gru is a fan of a group of supervillains called the Vicious 6, and he comes up with a plan to become bad enough to join them. He’s lucky that his loyal followers, the Minions, help him cause trouble.”

“Kevin, Stuart, Bob, and Otto, a new Minion with braces and a strong desire to please, use their skills to help Gru build their first hideout, try out their first weapons, and complete their first missions.”

The Cast of Minions: The Rise of Gru

Pierre Coffin and Kyle Balda are in charge of making the new movie about the Minions.

The cast is full of talented people who have worked on a wide range of popular or award-winning projects.

The Plot of Minions 2

Gru, who is 11 years old in 1975, wants to be a supervillain and has hired the Minions to help him. Gru is thrilled when he gets an audition notice from the Vicious 6, a group of supervillains led by Belle Bottom. They want to replace their founder, the supervillain Wild Knuckles, with a new member.

After the Vicious 6 betray them and Knuckles is thought to have died during a heist to steal the Zodiac Stone, a stone connected to the Chinese zodiac, Gru’s interview goes badly, but he manages to steal the stone and escape with Minions Kevin, Stuart, and Bob, giving the stone to another Minion, Otto, to keep it safe.

Gru finds out in his basement lair that Otto traded the stone for a pet rock. This makes him angry, so he fires the Minions and goes alone to find the stone. But Knuckles, who turns out to be alive, kidnaps Gru and takes him to San Francisco. 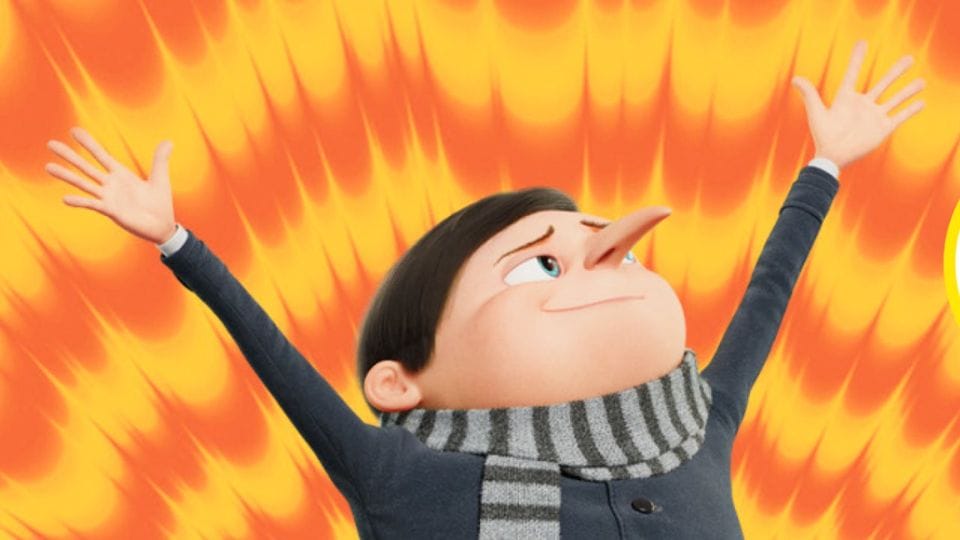 When they get to Knuckles’ house, his goons chase them until Master Chow, a former Kung Fu teacher who now works at an acupuncture clinic, saves them by beating up the goons. They beg her to teach them kung fu, but she finds that they are not good students.

The three of them stop training too soon and go back to Knuckles’ house to save Gru. Otto finds the biker in Death Valley. The biker gives Otto back the stone and takes him to San Francisco.

After Knuckles’ goons left him, Gru and Knuckles became friends. Later, Gru saved Knuckles from being eaten by crocodiles in his pool. Gru wants to learn how to be a bad guy, so the two of them decide to rob the Bank of Evil and get away with the Mona Lisa.

When the Vicious Six find out that Knuckles is still alive during the heist, they destroy his house one night to try to find him. If they don’t do it, Kevin, Stuart, and Bob will follow them to Chinatown. When Knuckles gets back to his destroyed house, he is upset that his friends betrayed him. He decides to stop being a bad guy and sends Gru away.

#Minions #TheRiseOfGru hits like a ton of bricks! Now playing ONLY in theaters. pic.twitter.com/Y50AmoINim

When will Minions 2 come out in theatres? Find out about the cast, the trailer, and more. On July 1, 2022, Minions 2: The Rise of Gru will open in theatres. In the movie, Gru is a 12-year-old boy who wants to grow up to be the best supervillain. This is the fifth Gru and the Minions movie that Universal Studios has put out. 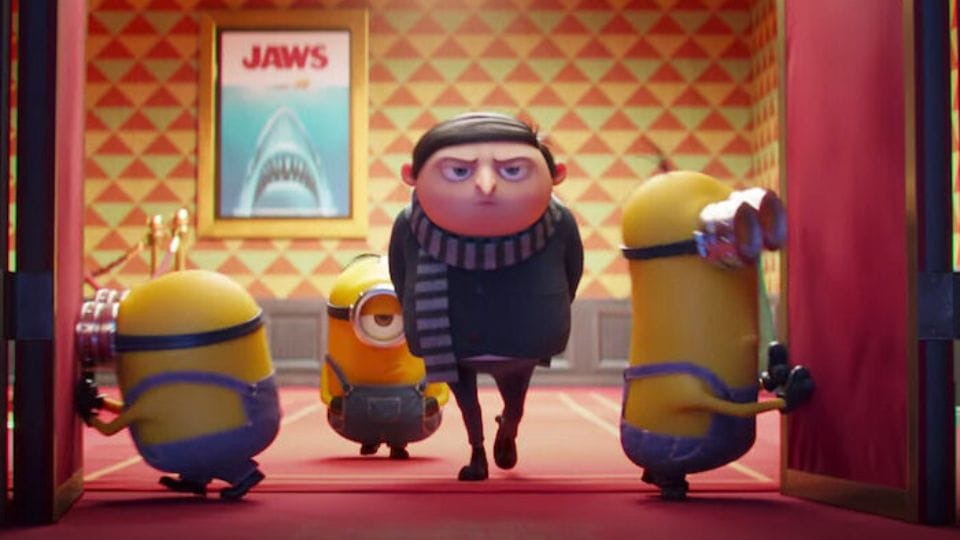 In January 2017, Universal Pictures and Illumination announced that they were making a second Minions movie. Brad Ableson was brought on as a co-director in July 2017, when work on the movie began. In May 2019, the movie’s title, “Minions: The Rise of Gru,” was made public.

It was revealed in December 2019 that Pierre Coffin and Steve Carell would reprise their roles as the Minions and Gru, respectively. During the COVID-19 pandemic, Illumination Studios Paris temporarily closed, so the movie was made by people working from home.

“Minions: The Rise of Gru,” the sequel to Universal Animation Studio Illumination’s huge 2015 hit “Minions,” was supposed to come out in the summer of 2020. However, it was pushed back a year to 2021 and then again to 2022 because of the pandemic.

Is Rise of Gru Available Yet?

Due to the COVID-19 pandemic, the release of Minions: The Rise of Gru was put off for two years. On June 13, 2022, it had its world premiere at the Annecy International Animation Film Festival. On July 1, 2022, Universal Pictures released the movie in standard and some IMAX theatres in the United States.

What is Gru’s Age?

Is Minions 2 on Netflix?

Minions: The Rise of Gru is not coming to Netflix soon.

But Peacock will stream the movie four months after it comes out in theatres. Then, Minions: The Rise of Gru will go to Netflix, where you can stream it for 10 months, and then it will go back to Peacock.