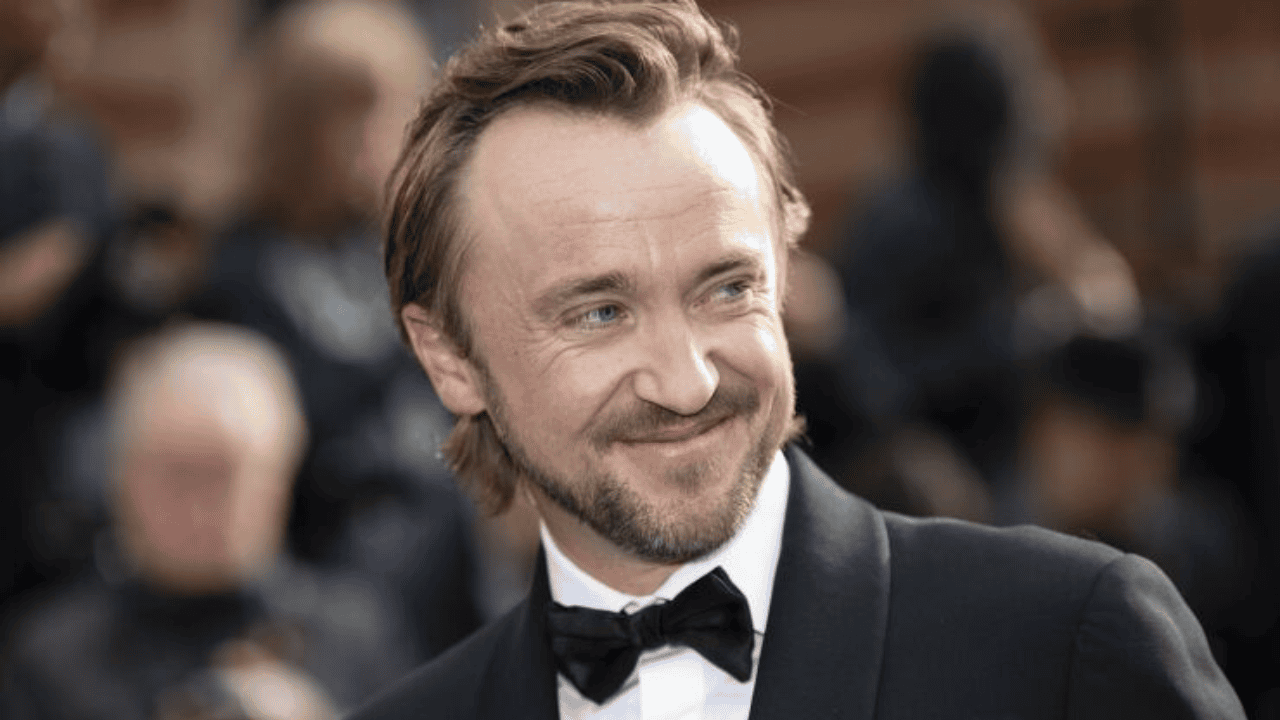 The rumours that Tom Felton and Emma Watson are dating persist despite the fact that she is currently engaged to an American entrepreneur. However, when questioned directly if there were any romantic feelings between them off-screen, the actors who play Draco Malfoy and Hermione Granger have been keen to set the record straight.

When asked about working with Tom Felton on the Harry Potter set, Emma Watson said she “fell in love” with him. This did not prevent the smitten best friends from fawning over each other during the Harry Potter reunion show. But is Tom Felton currently dating anyone. Cotinue reading to know the truth. 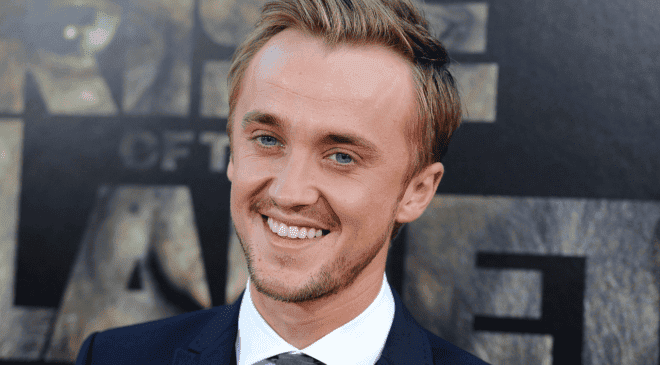 Tom Felton has never been in a married relationship. From 2008 until 2016, Tom Felton was in a relationship with Jade Olivia Gordon, which lasted for a total of eight years.

In the film Harry Potter and the Deathly Hallows: Part 2, Jade performed the role of Astoria Greengrass, Draco Malfoy’s wife. It is believed that the pair split up sometime in the early days of January 2016.

Also Read: Is Snooki Still Married or Were the Divorce Rumors True?

Was He in a Relationship With Emma Watson?

Tom and Emma Watson have both stated that they have never been in a relationship, which is a topic that the actor who plays Draco Malfoy discussed earlier this year in an interview with Entertainment Tonight.

Tom kindly said,  “We are something, if that makes any sense. We’ve been very close for a long time. I adore her.” I think she’s fantastic. Hopefully she returns the compliment.”  But when it came to love, Tom was adamant that it was something that only existed in the Wizarding world and not in the actual world.

He continued by saying,  “As far as the romantic side of it, I think that’s a Slytherin/Gryffindor thing rather than a Tom and Emma thing. 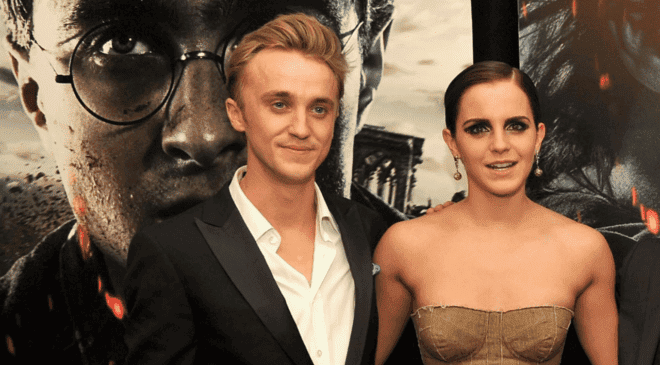 “I absolutely think the world of her. I think to be a part of what we’ve all been a part of, but for her to be the only girl, certainly the youngest one on set, to grow up with what she had to grow up with was incredibly exciting. You’re going to get me teary now, but no, I think she’s a fantastic influence on the world.”

Tom has stated that he maintains frequent communication with Rupert Grint (Ron), Daniel Radcliffe (Harry, of course), as well as Emma, and that the four of them continue to share a connection as though the filming of the Harry Potter movies occurred “just yesterday.”

Who Has Tom Felton Previously Dated?

Tom Felton, at seventeen years old, was the subject of his first dating rumour in the year 2004. The first person that was rumoured to be his girlfriend was a musician by the name of Melissa Tamschick. In the third instalment of the Harry Potter franchise, which he was working on at the time, he was playing the part of Draco Malfoy.

At that time, there were members of the paparazzi present at the airport who shot photographs of the reported pair. Regrettably, there is not a great deal of information known regarding this relationship. It appeared like Tom was very good at managing his private relationship.

The couple dated for over three years before making their relationship publically known. Given that it’s only a rumour, this relationship has been going on for quite some time.

Phoebe Tonkin is the second woman that has been mentioned in connection with the claim that Tom Felton is dating her. Phoebe Tonkin is an Australian actress who has made a name for herself internationally thanks to her parts in the television series H20: Just Add Water, The Vampire Diaries, and The Originals. 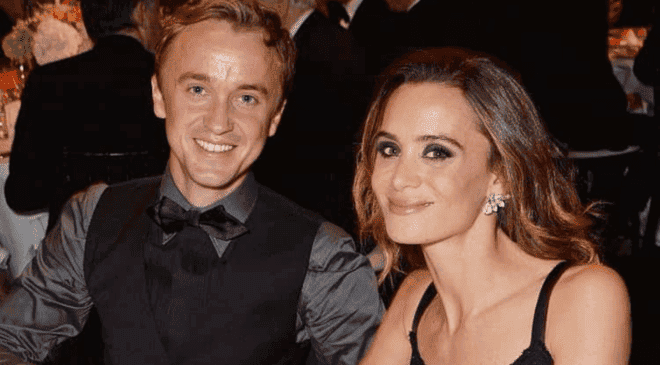 Tom Felton has disclosed, at long last, that he has been romantically involved with the stunt performer Olivia Jade Gordon. After he severed ties with Phoebe Tonkin and for a short period of time afterwards, the two of them began dating each other.

Jade Olivia Gordon is probably best recognised for the world that she portrayed in the Avengers and Edge of Tomorrow movies.

There are perhaps those of you who are unaware of the fact that the actress who played Draco Malfoy’s wife was actually Tom Felton’s girlfriend in real life. It’s possible that some people may appreciate turning this romantic fantasy into a reality. 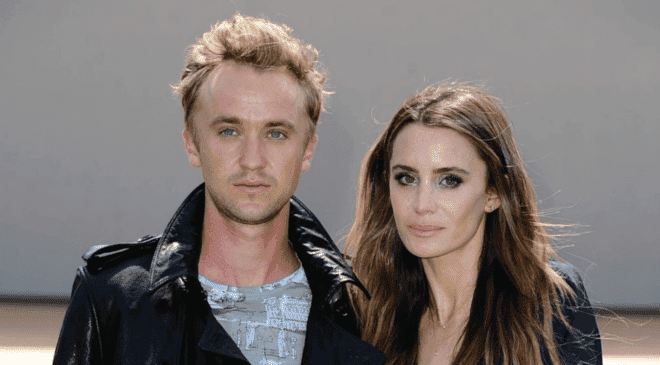 It was in “Harry Potter and the Half-Blood Prince” that the two of them had their initial encounter with one another. So, they first started going out together in the year 2008.

His relationship life with Olivia was very different from his dating life with either of his two previous girlfriends. It would appear that Tom Felton had a somewhat unhealthy fixation on his girlfriend, Olivia. Even went so far as to discuss her in a few interviews and publish some images of them together on social media.

Tom disclosed to Express in an interview that he conducted in 2015 that Olivia, his girlfriend at the time, is his closest buddy.

Another sad piece of news broke in 2016 regarding Tom and Olivia Gordon, who had been together for eight years but decided to end their relationship. Then, once her romance with Tom Felton had ended, Olivia Gordon revealed that she had married another man.