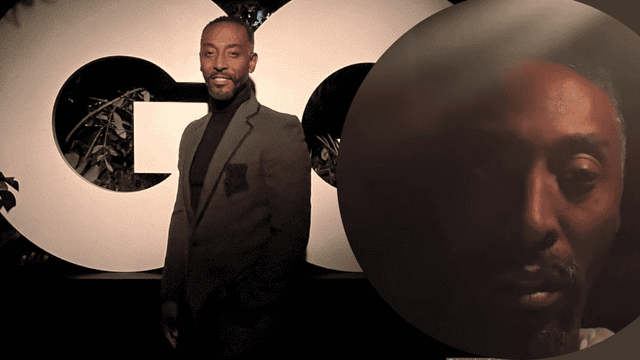 Darris Love, is a famous American actor who played Ray Alvarado on the Nickelodeon show The Secret World of Alex Mack. Since the series’ cancellation in 1998, he has guest-starred on a wide variety of American TV shows, such as Angel, ER, CSI: Crime Scene Investigation, Without a Trace, and Undressed. He has also appeared in the music videos for “It’s Not Fair” by Glenn Lewis, “Someone to Call My Lover” by Janet Jackson, and “All Eyez On Me” by Monica.

Law enforcement sources told TMZ that Darris Love, who played Ray Alvarado on Nickelodeon’s “The Secret Life of Alex Mack,” was detained on Christmas Eve. Sources within the Los Angeles Police Department tell us that officers responded to a complaint about a domestic disturbance at the actor’s Los Angeles residence at about noon today.

Love’s girlfriend claimed to the police that she had gotten into an argument with Love before heading to the residence to get some belongings. She said Love had struck her in the back of the head. According to our information, she escaped unharmed and with no outward signs of trauma.

The police interviewed both parties and then placed 42-year-old Love under arrest for misdemeanor domestic violence. Love featured in 77 episodes as Alex Mack’s best buddy, and his character was essential to many plotlines. He has also guest starred on shows like “E.R.,” “Shameless,” “CSI,” “The Shield,” and “It’s Always Sunny in Philadelphia.”

Love was arrested and held for over 10 hours before being released on a $20,000 bond. No one from Love’s camp has responded to our messages yet.

Read More: Who is Paul Whelan? Why Was He Arrested by Russian Police?

Darris Love posted a video after his release

In a video he posted to social media, Darris Love discussed religion and the current Christmas season. What is written in the caption is:

He was seen in the video sitting in a car, but he made no mention of his arrest. Friends and family members that he invited joined him for the live session. Although he was arrested, he was nonetheless happy to share his news with his followers.

Darris Love began his career when he was 14

Darris Love is most known for his portrayal of Raymond “Ray” Alvarado on Nickelodeon’s The Secret World of Alex Mack. When he was 14 years old in 1994, he was cast as the lead in the show. The actor has a net worth of approximately $500,000, according to CelebrityNetWorth.

Since his time on the Nickelodeon series, Love has guest-starred on CSI: Crime Scene Investigation, Undressed, Angel, and many others. He had small parts in numerous TV episodes, including Sister, Sister, City Guys, ER, NYPD Blue, The District, Scare Tactics, Christmas at Water’s Edge, and Without a Trace.

In the low-budget comedic horror movie Shrunken Heads from 1994, he played the role of Freddie Thompson. The next year, 2005, saw the release of the crime film Gang Tapes, which ultimately was not a monetary success but has since gained cult significance.

Next, he was in the 2009 crime musical, A Day in the Life. Critics praised the picture, which starred Omar Epps, Faizon Love, Mekhi Phifer, Michael Rapaport, Fredro Starr, Clarence Williams III, and others. Later, he had roles in films such as We the Party, Janky Promoters, Nobody Smiles, and I Tried. He had an appearance in Lil Wayne’s How to Love music video.

He has 1,165 posts and 11,400 followers on Twitter alone. Most of his posts depict him in natural settings or at various occasions.