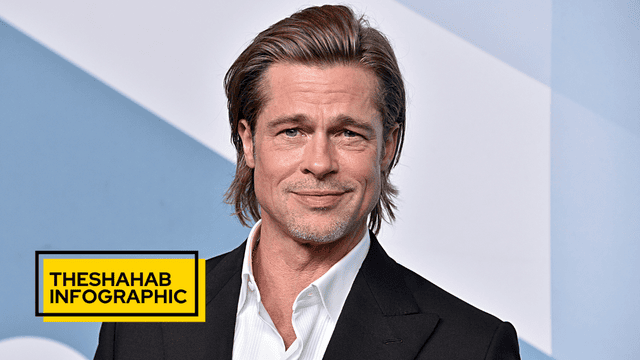 People in Hollywood think Brad Pitt is one of the most eligible bachelors, and he has a long list of ex-girlfriends to prove it.
The public may not have noticed the Hollywood star until he played a cowboy hitchhiker in Thelma & Louise in 1991, but his good looks and irresistible charm made him a favorite in the industry dating pool long before then.

In 1984, the British-American singer Sinitta was linked to Pitt, and the two dated on and off for two years. Later, when she was on I’m a Celebrity… Get Me Out of Here in the U.K., the “Love and Affection” singer said that Pitt was “beautiful with the most amazing body” and “very sweet” when they were together.

After a few short relationships with co-stars from TV shows like Dallas and Head of the Class, the star of Inglourious Basterds asked Cutting Class actress Jill Schoelen to marry him in 1989. Schoelen is said to have met a new man while making a movie in Hungary, just eight months after they got engaged.

Nearly 10 years later, Pitt got engaged again, this time to Gwyneth Paltrow, who was in the movie Se7en with Pitt. Before they broke up in 1997, people thought they would be the next big thing in Hollywood. In 2015, Paltrow told Howard Stern about how the end of her relationship with Pitt was “devastating.” The star Politician said at the time, “I was such a kid.” “He was too good for me, and I wasn’t ready.”