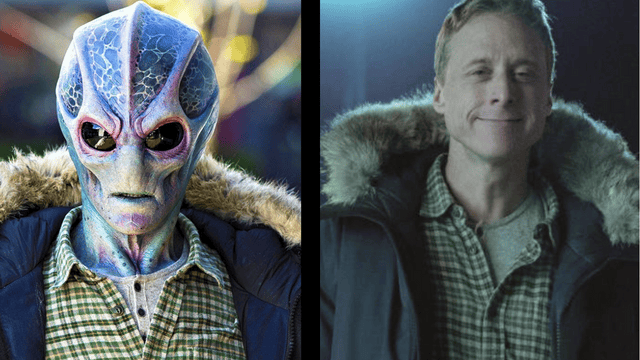 Alien season 3: American science fiction mystery comedy-drama series Resident Alien, developed by Chris Sheridan and based on the comic book of the same name by Peter Hogan and Steve Parkhouse, debuted on Syfy on January 27, 2021, for a 10-episode first season. Alan Tudyk plays the main character in the show.

Resident Alien: What’s it about?

Resident Alien is based on a comic book series of the same name and tells the story of an alien who has made it his purpose in life to wipe out all human life on Earth. His ship crashes near Patience, Colorado, preventing him from destroying Earth and returning home.

He assumes the identity of Dr. Harry Vanderspiegle (Tudyk), a local resident, and gets involved in the investigation into the town doctor’s murder without raising suspicion.

The show follows Harry as he travels the galaxy in pursuit of his missing ship, learns about the good in people, and plots his revenge on his mortal enemy, Max (Judah Prehn), a little child who can see past Harry’s human cloaking technology.

Read More: Too Hot to Handle Season 5: Will Fifth Season Be the Last One?

In addition, Tudyk has hinted that he has already started compiling a playlist of songs to send to Sheridan for possible inclusion in Resident Alien season 3, suggesting that he is just as excited to return to filming the blockbuster Syfy comedy series as viewers are in the run-up to the season 2 finale.

Season 2 has opened the door for a wide variety of new aliens to join the cast, and the military has released many hostages, so it’s possible that a wide range of new performers may be cast in Resident Alien Season 3.

Tudyk also hinted that he would want to have Morena Baccarin, another of his co-stars from Firefly, make a surprise appearance on the show. The first two seasons of Resident Alien are currently available to watch online on Peacock.

There are some expected casts of Resident Alien season 3:-

An Overview of Season 3 of Resident Alien

Resident Extraterrestrial is an adaptation of the Dark Horse comic series of the same name, produced by UCP in partnership with Amblin TV and Dark Horse Entertainment. The series follows an alien (Tudyk) who crash lands on Earth with the intention of destroying all humanity.

By disguising himself as the town’s doctor, Harry Vanderspiegel, he is able to blend in with the locals while also considering the ethical ramifications of his proposed plan to wipe off humanity. The second season had him remaining on Earth and struggling with his predicament; nevertheless, he eventually comes around to assist the humans, especially Asta (Sara Tomko), whom he has become close to, fight the aliens who come to finish the job Harry failed to do.

Related: A Friend of the Family Season 3 Release Date Has Not Been Announced Yet!

The second season of Resident Alien finished airing back in September. Read below for an interview with Tudyk recorded by Collider, in which he discusses Season 2.

Pop Smoke Death: After Being Shot, a Rapper Was Kicked to the Floor!