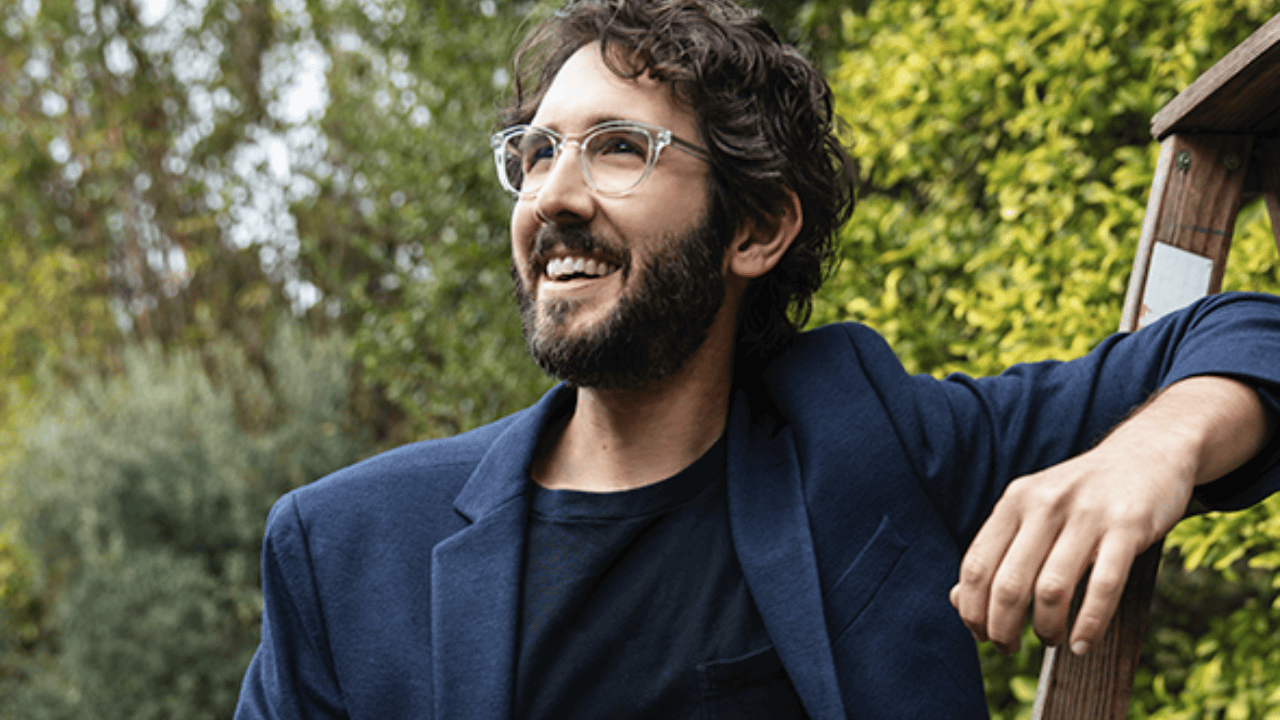 Is Josh Groban Married: Who Has He Previously Dated?

Josh Groban, who is 41 years old, is widely regarded as one of the most gifted singers and performers in the entertainment industry. The upcoming 30th anniversary special of Beauty and the Beast, in which he will assume the role of The Beast, is his next significant undertaking.

Groban has been sharing his skills at theatres, stadiums, and other performance spaces all around the world, including Broadway, over the course of the past two and a half decades. Year after year, he captivates audiences with his sensual vocals and heartfelt ballads, and they fall hopelessly in love with him.

It would seem to reason that a man who is so skilled at encapsulating the essence of love in his music would also be blessed with a significant other, but can we assume that this is the case?

Josh Groban does not have a wife at this time. Even if such is the case, it does not rule out the possibility that he has, at some point in his life, serenaded a lady or two. Over the course of his career, the singer has been linked to a number of extremely well-known musicians and actresses. 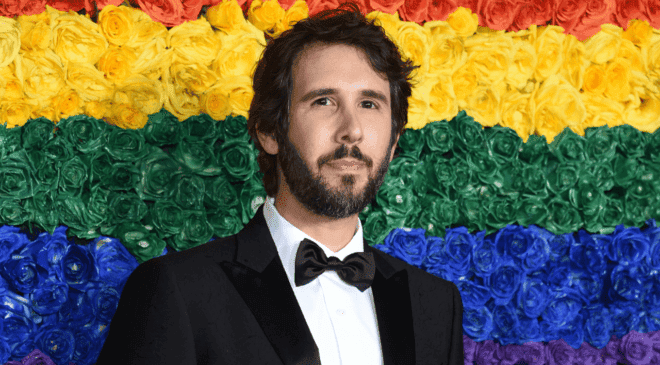 During that time, he has been romantically involved with a few of them, and their influence can be heard in the singer’s gut-wrenching love ballads.

Kat Dennings, Michelle Trachtenberg, Katy Perry, and January Jones are just some of the well-known people who have been linked to the singer in the past. Having said that, Groban did not settle down with any of them and did not get married to any of them.

Also Read: Who is Bachelor in Paradise Host Jesse Palmer Married to?

Who is Josh Groban Currently Dating?

Even if Groban hasn’t tied the knot, that doesn’t make him a bachelor. The star of Call Me Kat and writer Schuyler Helford are currently together in a relationship. The couple was first seen together in 2018 at a restaurant in Los Angeles, and they have been going strong ever since. Since then, the COVID-19 epidemic has presented them with the relationship challenge of a lifetime quarantine.

In an interview with Sunday World from 2020, Groban said,  “We’re good. It’s a blessing to have companionship and love, and to be able to have that ability to always keep yourself entertained.” 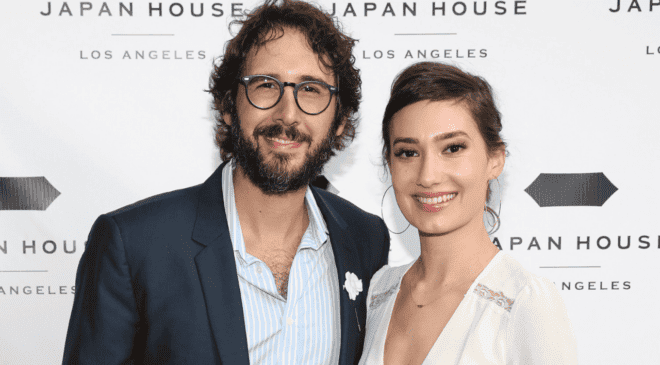 According to their Instagram accounts, the couple like to keep their relationship low key. Also, the pandemic has meant less red carpet events for them to attend. That’s why many are starting to wonder if they’re still together, along with the fact that they haven’t talked about each other in a while on social media. Since there has been no confirmation either way, it seems likely that Josh Groban and his girlfriend are still together.

Maybe the COVID-19 epidemic did more than just keep the couple locked in a house together. They may have realised they are meant to be together forever because of this. It’s possible that in the near future, musicians will compose new love songs that focus on married life.

Must Read: Is Fast and Furious Actor Vin Diesel Married?

Who Has He Previously Dated?

For Josh, his first high-profile romance was with the 44-year-old actress January Jones. While she was still an unknown in the public eye before to her breakout role on Mad Men, Josh dated January from 2003 to 2006.

They were frequently seen together at red carpet events such as the American Music Awards in 2004 and the Cannes Film Festival in 2005. Josh talked about the relationship with Details magazine, despite the fact that it had been seven years since they had broken up.

We were madly in love during our two and a half years together as a couple. Josh acknowledged in a February 2013 interview that “that was undoubtedly my longest relationship.” Another meaningful relationship would be wonderful for me,” said the “You Raise Me Up” singer. A romantic at heart, that’s me. 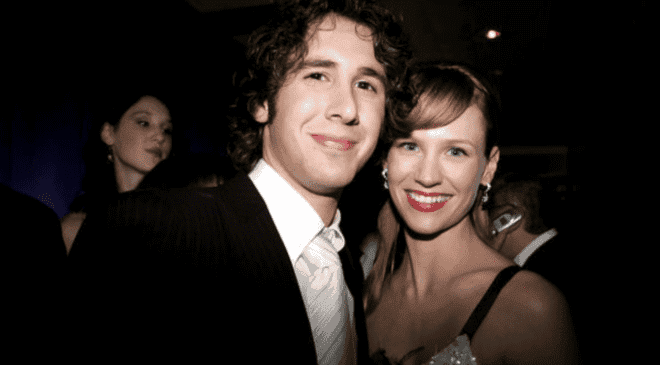 After Josh and January broke up, he did, in fact, immediately begin dating again. In 2009, he had a brief fling with Katy Perry, then 38. During an interview with Details in 2013, Josh talked about his past relationship with Katy, saying they “might have skated on the line of dating.”  In response, Josh stated that he and Katy were “just friends.”

Katy announced on a live stream in 2017 that her classic song “The One That Got Away” was actually about Josh. In the following year, Josh appeared on Watch What Happens Live with Andy Cohen and admitted he dated Katy and reacted to her surprising statement.

“We were both very private, so we realized we’re better as friends. We’ve been very good friends to this day, she’s the best,” Josh said. “But I was not expecting that,” he added of Katy’s revelation in her live stream. “That was a double take and a spit of my coffee when I saw that. It’s very sweet of her to say that, and then I listened to the lyrics of the song, and I’m just like, ‘I never owned a mustang. I don’t have a tattoo. Are you sure that’s about me?’ I’m very flattered by it, but I was very surprised by it too.”

Recommended: Is Chauvin Married: Why Did She Gave Divorce to Derek? 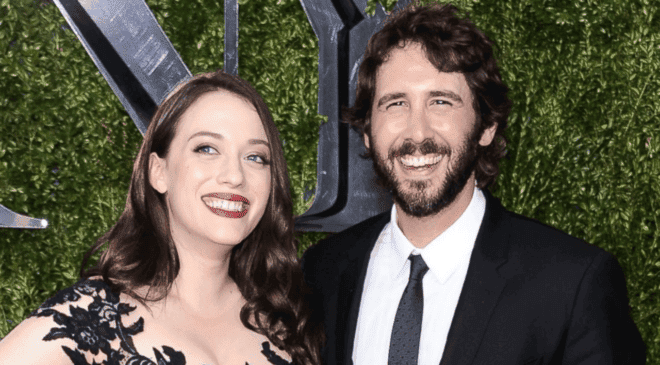 Before he started dating Schuyler, Josh was in a committed relationship with 36-year-old actress Kat Dennings. At the Beverly Hills Carousel of Hope Ball in October 2014, they made their first joint public appearance as a couple.

While appearing on Ellen DeGeneres’ show the following year, Josh could not help but brag about his romance with the 2 Broke Girls star. Josh said, “Humor is such a huge thing for me, so, you know, the fact that we could talk about Monty Python and all sorts of weird other things, I was like, ‘Okay yeah, we’re on the same page.’ ”

Josh and Kat broke up in August of 2016 after two years of dating. A source at the time told E! News, “It was a mutual breakup.“They are still friends and care about each other, but it’s not the right time for them now as a couple,”  the source said.