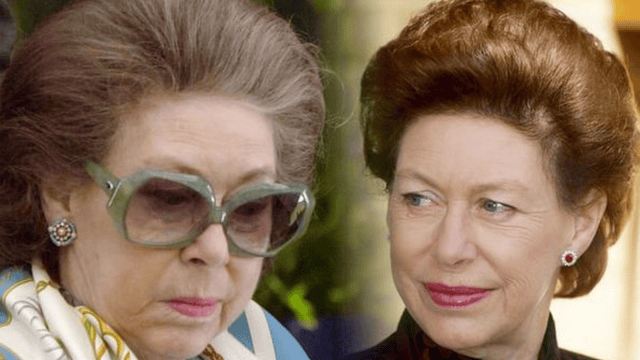 Princess Margaret, sister of Queen Elizabeth II, has been portrayed as the show-stealer in previous seasons of “The Crown” on Netflix. The princess, played by Vanessa Kirby and Helena Bonham Carter, has been described as “charming and witty,” and her performances have won over audiences everywhere.

It has long been debated among Margaret’s close friends and family how much Margaret’s behaviors led to her health problems in later life.

Viewers of the previous season of “The Crown” were left with the impression of a depressed and alcoholic princess. In Season 5, portrayed by Lesley Manville, we will get a glimpse into the second half of Princess Margaret’s life.

With the new season now available, here is all you need to know about the princess’s health and her final days.

Who was Princess Margaret?

Princess Margaret, Countess of Snowdon, CI, GCVO, GCStJ, a CD was the younger daughter of King George VI and Queen Elizabeth The Queen Mother. She was also Queen Elizabeth II’s younger sister and only sibling.

Margaret was born to the Duke and Duchess of York, and she spent most of her childhood with them and her older sister. At the age of six, her life changed forever when her father, King George VI, succeeded his brother, King Edward VIII, to the throne.

After Margaret’s sister was declared heir apparent, she became the next in line to the throne. After Elizabeth’s children and grandchildren were born, her place in the line of succession dwindled during the succeeding decades. Although their safety could have been assured by evacuating them to Canada, the two sisters remained at Windsor Castle throughout World War II.

Margaret, who was just nine years old when the war began and turned fifteen shortly after hostilities ended, was too young to fulfill official tasks and maintained her schooling during those years.

Princess Margaret passed away at the age of 71 on February 9, 2002, from cardiac complications brought on by a stroke. Publications at the time of Princess Margaret’s death stated that her passing followed a protracted bout with heart and lung issues.

“Before Princess Margaret and Diana, Princess of Wales, there was Princess Marina.“ In our latest blog, our curator looks at the life of Princess Marina, at the forefront of fashion for over 30 yrs – from her wedding in 1934 until her death in August 1968: https://t.co/gaEEKmYas0 pic.twitter.com/jc3zIRX33t

Other people thought her hedonistic way of living might have played a role. In an article for The Guardian published a week following her death, however, friends of the princess disputed such accusations. The princess’s allies defended her position at the time by noting that she was raised in a time when smoking and heavy drinking were commonplace.

A companion of the princess said, “Of course, the princess grew up in a period where drinking and smoking were far more accepted.” “Doing so was something we all shared in common. Contrary to popular belief, I don’t think she had a drinking problem. Absolutely ridiculous. Simply put, she became accustomed to it.”

Related: Princess Diana’s Death: the Facts of Her Deadly Crash!

Princess Margaret’s Cause of Death

Margaret passed away in 2002 due to complications from heart and lung disease. A Washington Post obituary states that in 1985, the princess, a habitual smoker, underwent surgery to have a portion of her left lung removed. She suffered numerous strokes between 1998 and 2001, affecting her vision and movement.

After badly scalding her feet in a hot bath in 1999, she struggled to walk for a while. According to The New York Times, she had a stroke the day before she passed away and then experienced heart difficulties.

Why was Princess Margaret cremated?

It is said that Princess Margaret wanted to be cremated instead than buried beside her father, King George VI, making her the first senior royal in history to make such a decision. In stark contrast to the state funerals often performed for members of the Royal Family, hers was held at the Slough crematorium.

According to popular belief, Margaret chose to bury her father in an untraditional manner since there was “no room” for a traditional burial in the cemetery. Reports indicate that Margaret told her friend Lady Glenconner before her death that she hoped not to be buried next to Queen Victoria and Prince Albert at Frogmore in Windsor Great Park.

Unlike every other senior British monarch in history, Margaret was burned rather than buried or entombed.