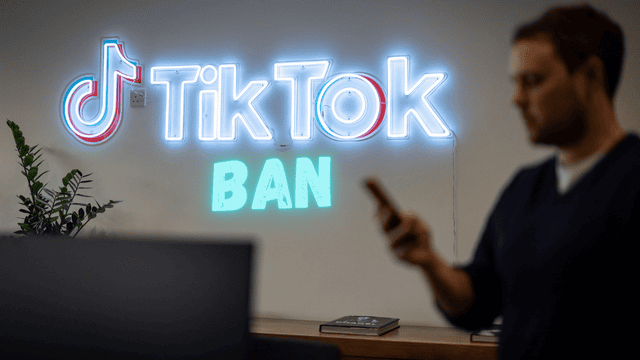 After the bill was introduced by the lawmaker, People start questioning “Will Tiktok Be Banned in the Us?” A new measure from a cross-party group of legislators would outlaw TikTok in the United States.

The bill was passed after the Trump and Biden administrations expressed widespread worry about possible Chinese government influence over the corporation for many years. According to TikTok, U.S. user data is securely held outside of China, where it should remain out of the hands of law enforcement.

In this article, we will give every single piece of information about the “Will Tiktok Be Banned in the Us?” and the TikTok ban Bill. Therefore, we will just advise you all to read the complete text in order to obtain all of your answers.

Will Tiktok Get Banned in the Us?

The latest escalation by US authorities against the Chinese-owned short-form video app is reflected in the new measure introduced by Sen. Marco Rubio, the senior Republican on the Senate Intelligence Committee, and a bipartisan pair of congressmen in the House. Concerns have been raised about TikTok’s capacity to protect US user data from Chinese authorities.

TikTok and its parent company, ByteDance, are specifically mentioned in the bill as social media companies subject to the regulations. In a Washington Post op-ed published last month, Rubio and Republican Rep. Mike Gallagher of Wisconsin, one of the bill’s supporters in the House, announced their plans to submit the legislation.

The measure was passed at the same time that a number of states, led by Republican governors, passed state-level limitations on the use of TikTok on equipment used by the public sector. At least seven states, including Maryland, South Dakota, and Utah, have introduced such laws in the last two weeks.

Another bill put out this autumn would forbid TikTok from allowing staff members stationed in China to access user data belonging to US individuals. The Department of Homeland Security, the State Department, and the US military have already blocked TikTok on equipment they control.

At the end of Wednesday’s session, the Senate unanimously approved a bill that would prevent federal employees from using the Chinese video-sharing app TikTok on government-issued smartphones.

It is now in hands of The USA Government Whether they banned TikTok or not. We will update this page about the Tiktok ban bill and Tiktok ban in the US in the future if we get any additional information. Read Full article to get answer of your question “Will Tiktok Be Banned in the Us?”

What Does TikTok Reaction To This Bill?

TikTok has said many times that it has never given the Chinese government information about U.S. users and wouldn’t do so if asked.

TikTok spokesperson said in a statement that “It is troubling that rather than encouraging the administration to conclude its national security review of TikTok, some members of Congress have decided to push for a politically-motivated ban that will do nothing to advance the national security of the United States,”,

After that, he stated that “the company would continue to brief members of Congress on the plans that are “well underway” to “further secure our platform in the United States.”

Brooke Oberwetter, a representative for TikTok, said that Mr. Hawley’s bill “does nothing to further U.S. national security interests. We hope that instead of going down that path, he will ask the government to move forward with an agreement that would actually solve his problems.”

TikTok In America “Safe or Not”

“TikTok is a Trojan Horse for the Chinese Communist Party. It’s a major security risk” Mr. Hawley said after the bill was passed. He said that TikTok shouldn’t be on government devices until it is “forced to cut all ties with China.”

Last week, Republican Texas Gov. Greg Abbott banned the use of TikTok on government-owned devices, saying that the app could be used by China to spy on Americans and U.S. intelligence officials. Steps like these have also been taken by other states.

The Committee on Foreign Investment in the U.S. (Cfius), a federal panel that oversees cross-border mergers and acquisitions, is currently reviewing the app’s national security. When questioned by senators in September, a TikTok executive said that the final deal with Cfius would “address all national security concerns.”