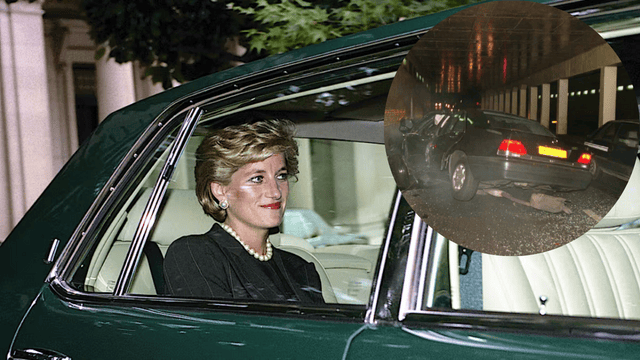 Princess Diana death: Many mysteries surround Princess Diana’s untimely demise, even more than 20 years after her passing. On August 31, 1997, Princess Diana, mother of Princes William and Harry, and ex-wife of Prince Charles, passed away.

Millions of people around the world have expressed their sorrow over the loss of the Princess of Wales since her death, with many holding the paparazzi and the British media responsible for her untimely demise.

Prince Harry explained why he and his family relocated from London to the United States in 2019 during an interview with Oprah Winfrey for her CBS primetime special Oprah With Meghan and Harry: A CBS Primetime Special in March 2021. Harry was afraid that something similar to Diana’s death would happen to him or his wife, Meghan Markle.

When asked about his feelings after Princess Diana’s death, Harry told Oprah, “My biggest concern was history repeating itself.” “I’m just glad and relieved to be sitting here with my wife by my side, talking to you. For the simple reason that I can’t fathom what it must have been like for her [Diana] to go through this procedure all by herself all those years ago. Because it has been so incredibly difficult for us, but at least we have each other.

Who was Princess Diana?

Princess Diana was a member of the British royal family. She was the mother of Princes William and Harry and the first wife of King Charles III (then Prince of Wales). As a result of her advocacy and Hollywood glitz, she became a global figure who enjoyed both enduring fame and unprecedented scrutiny.

Having been born into British aristocracy, Diana spent her childhood on the Sandringham estate, a frequent visitation spot for the royal family. They became engaged in 1981, while she was a nursery aide, and he was Prince Charles, the eldest son of Queen Elizabeth II.

Their 1981 wedding at St. Paul’s Cathedral officially elevated her to the position of Princess of Wales, where she was met with widespread acclaim. Their boys, William and Harry, were second and third in line to the British throne at the time of their birth.

How Did Princess Diana Die?

After being chased by paparazzi, Princess Diana’s car crashed in the Pont de l’Alma tunnel in Paris, France, in the early hours of August 31, 1997. After the clock struck midnight, the princess and her Egyptian film producer boyfriend Dodi Al Fayed drove away from the Ritz hotel in Paris in a Mercedes-Benz. 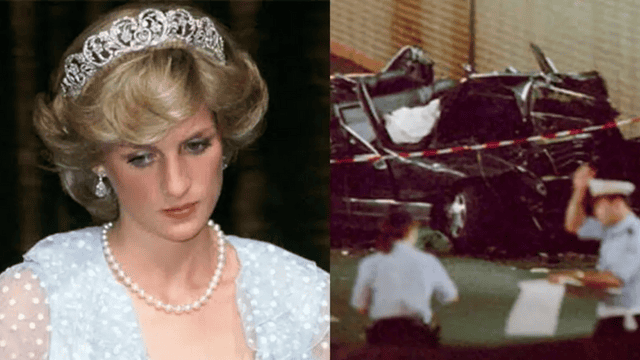 After four years of marriage, Diana and Charles filed for divorce in 1996. According to reports from the BBC and the Associated Press, the car was traveling at speeds of at least 60 miles per hour when it collided with a pillar in a tunnel beneath the Seine River.

Henri Paul, who was driving Diana and Dodi, also perished in the collision. Toxicology results confirmed what CNN had reported: Henri’s blood alcohol level was extremely high. In addition to the paparazzi’s aggressive pursuit of the car prior to the incident, the extent to which Diana had been covered by the media during her lifetime has been called into doubt.

Initially, the paparazzi were held responsible for the incident, but in 1999, a French judge ruled that Paul was at fault due to his high blood alcohol level and the presence of prescription medicines in his system, as reported by Britannica.

Read More: Who Was Princess Diana Dating Before She Died? Lets Explore

What was Princess Diana last words?

In an interview with The Independent in 2015, firefighter Xavier Gourmelon disclosed Princess Diana’s final words. According to Gourmelon, Diana regained consciousness for a split second and cried out, “My God, what has happened?”

To help bring Diana back to life, Gourmelon administered chest compressions. To his mind at the time, Diana would be OK. As a first responder, he felt a sense of relief because “you want to save lives,” which is what he believed he had accomplished. When he learned the next day that she had passed away, he said it was the “alarmingly disturbing; “I now see that there were major internal injuries, but the whole experience is still very much in my mind.” My recollection of that evening will never fade.”

Princess Diana’s sons, Prince William and Prince Harry have done much to guarantee that their mother’s legacy will continue on via them and their own offspring, which is one reason why she remains as popular as ever.

On the anniversary of his mother’s birth in 2022, Prince Harry will give a speech at the Diana Awards and tell the audience that he is proud to see his mother’s legacy continued via the recipients. As he put it, “You are all carrying on her work, and I like that. Her memory lives on through the Diana Award family I’ve seen grow over the years. Every time I talk to families, young people, and kids from other parts of the world, I am reminded of her impact. Every day, I see my mother’s legacy in my own children.”

This is similar to what William told the 2019 Diana Award recipients at Kensington Palace. Tessy Ojo, CEO of the Diana Award Foundation, recently told PEOPLE, “The man questioned me, “How did you find these young people?” We’re talking game-changers here. And he said, “my mother would be so proud of you,” to the group’s admiration for themselves.”