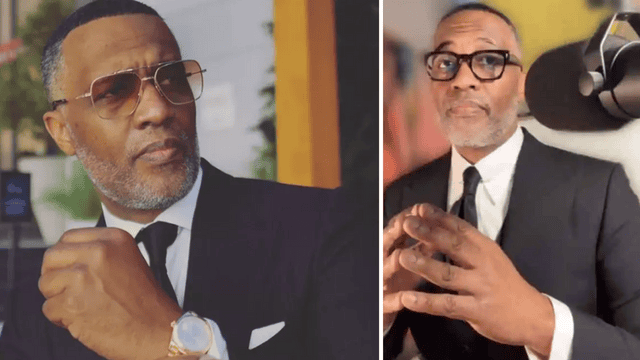 Kevin Samuels Death: Kevin Samuels was a popular YouTuber, Image Consultant, and Life, Dating, and Social Media Influencer. Today, we’ll talk about Kevin Samuels, who died recently with no apparent cause of death but is still conducting extensive research.

Who is Kevin Samuels?

Kevin Roshon Samuels was a famous American internet personality and image consultant. Because of his controversial YouTube and Instagram live streams about today’s culture and romantic relationships, he gained notoriety in 2020 and polarised opinion.

The circumstances of YouTuber Kevin Samuels’ death have been further clarified. According to the autopsy obtained by E! News on July 18, the 53-year-death old’s was brought on by hypertension, or high blood pressure. The coroner ruled that the death was a natural outcome.

On May 5th, Kevin passed away after officers in Atlanta were called to a home for “a person injured.” When police arrived, they saw paramedics administering CPR to a man who was unresponsive and lying on the apartment floor. A resident woman confirmed that the dead man was a YouTuber.

NBC News reported on May 6 that Kevin’s mother, Beverly Samuels-Burch, had confirmed her son’s death. At the time, Beverly said she learned of her son’s death through social media but would not comment further.

“I can’t get with people who fakes their death” lmao pic.twitter.com/3V4Z6UCysK

“It was awful of social media to release something like that. Really, I had no idea. Not only was I not informed, “NBC News reported. I’m just asking for prayers at this point.

Kevin’s controversial views on romance garnered him over a million Instagram followers. Before he passed away, he caused a stir by insulting a 35-year-old Black single mother who had asked for help finding a man who made as much money as she did.

In a YouTube video posted in December 2020, he asked, “Why would a man who is in the top 10 percent of earners, who women across the country want, want that?” His comment was in reference to his own situation, in which he is 35 years old and has a son who is 13 years old and whose father has a sketchy reputation.

And then he proceeded to address her as “Women like you, who are, at best, average in looks, he continued, “die alone, in a vertical position. Simply because you foolishly believe that you merit better treatment from men than you actually receive.”

Both an influencer and an “Image Consultant,” in his own words.

Samuels spent time working in marketing before launching his own image consulting business in 2013. He has amassed over 1.4 million YouTube subscribers, 1.2 million Instagram followers, and thousands more across other social media sites like Twitter and TikTok. According to The New York Times, he cultivated a reputation as a “plain-spoken, hypermasculine authority” who promoted “strict gender roles” in which men took on leadership roles.

Samuels became well-known in the hip-hop community after he conducted interviews with Nicki Minaj and T.I. and made a cameo appearance on VladTV. Samuels made a guest appearance in the 2022 episode “Rich Wigga, Poor Wigga” of the FX series Atlanta. While appearing in Future’s “Worst Day” music video in February 2022, Samuels played the role of a therapist and dating coach.

He also spoke with reality stars like Tommie Lee and Instagram models like Brittany Renner. Minaj, Marlon Wayans, and Tamar Braxton were just a few of the A-listers who came out to cheer on the rapper and his work.