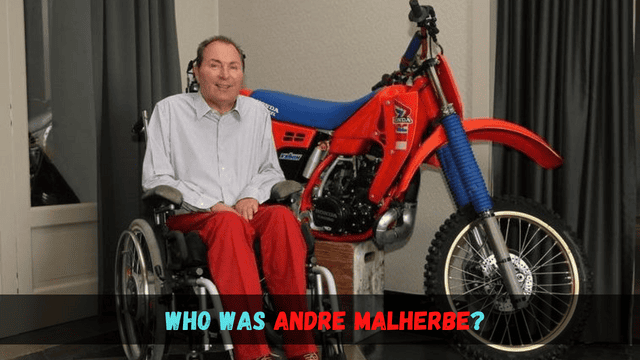 André Malherbe, a Belgian who competed in Grand Prix motocross competitions as a professional in the past, passed away on November 24, 2022. He was 66 years old. One of the most accomplished motocross racers of all time, André Malherbe hails from Belgium. Malherbe had been ill for some time before being admitted to the hospital earlier this month because of his condition.

If you want to know about how Andre died please read this article. In this article, we will also discuss his career and many more.

What Was the Cause of Andre Malherbe’s Death?

On Thursday, André Malherbe, who was widely considered to be one of the most famous motocross riders of the 1980s, passed suddenly. Christian Dejasse, national sports president of the Belgian Motorcycle Federation (FMB), provided a statement to the Belga agency in which he corroborated the information that was supplied by RTBF. He was in his 66th year and had been admitted to the hospital around three weeks before.

At the time this article was written, it is not known what caused Malherbe’s death or what circumstances were around it. It is thought that the racing veteran passed away in his house in a calm and serene manner. Because of his advanced age, his condition continued to worsen over time.

Who Was Andre Malherbe?

Malherbe, who was born in Huy and is the son of a motorcycle dealer, got his start in racing when he was a young child and received his racing license in 1973. He won the FIM 125cc European motocross championship in 1973 while riding a Zündapp, and he went on to win the championship again in 1974.

1979 was the year that he made the switch to racing for Honda. By the end of the year, he had improved himself to the point where he was able to finish third in the 500cc world championship, only behind Suzuki’s Gerrit Wolsink.

In 1980, he was a member of the factory Honda racing team and won his first 500cc world championship. In 1981, Malherbe was able to successfully defend his title, and the following year, driving for Honda, he won his third 500cc world championship. At the time of his retirement, Malherbe held the fourth-best record among all-time winners, having won 41 Grand Prix races during his career.

Following the conclusion of his motocross career, he took part in the Spa 24-Hour round of the World Touring Car Championship in 1987. Following that, he began his involvement in rally raids. During the 1988 Paris to Dakar Rally, he was involved in a collision that left him with terrible injuries, which ultimately led to his paralysis.

Andre recovered in 1984, winning his third world championship after another season-long rivalry, this one with fellow countryman Georges Jobe, thanks to a crucial advantage he gained at Carlsbad, where he placed fourth behind Glover, Johnson, and Bailey with just four points separating him from the top three!

But a new adversary had appeared. Dave Thorpe, a young English teammate who HRC signed in 1983, won the final three races to finish a good third in the championship. 1985 would see the duo square off.

Before being persuaded to participate in the Paris-Dakar Rally with Yamaha France, he was ready to take on a new challenge in 1987 by racing cars. Tragically, he became paralyzed from the neck down in January 1988 after falling in the North African desert.

Despite being confined to a wheelchair, Andre valiantly kept himself alive by keeping his infant daughter in mind until aid could arrive. In 1989, Jobe joined him as he ran a Johnson Honda private 500GP squad.

Condolences from the Motocross Community to the Legend Andre Malherbe

On various social media platforms, admirers and friends of the late motocross legend Andre Malherbe are paying tribute to his memory. Here you will find some of the most heartfelt posts, and you are welcome to read them.

Rest in Peace Andre Malherbe. Legend has left us ☹️

Very sad to know that the three time motocross world champion and one of my youth heroes,André Malherbe,died this afternoon.
He will be riding in heaven from now on.
R.I.P.,”Dédé” Malherbe!