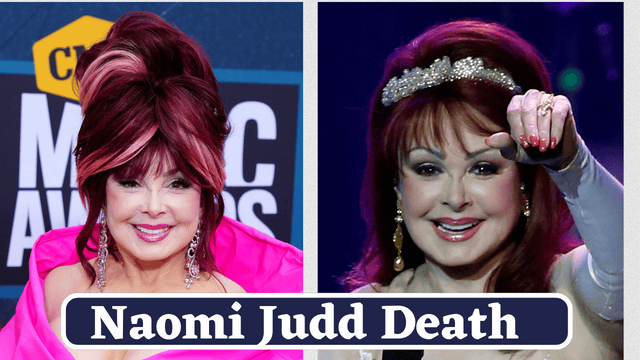 Fans got shocked after hearing the news of their favorite singer’s death  American, Naomi Judd. at the age of 76. Family members’ accounts of Naomi Judd’s death have been corroborated by an autopsy report that The Associated Press was able to obtain on Friday. Judd, 76, shot herself in the head on April 30 at her Tennessee home.

Who is Naomi Judd?

American country music performer Naomi Judd. She and her daughter Wynonna established The Judds in 1980, a country music act that went on to win nine Country Music Association awards and five Grammy Awards. Following Naomi’s hepatitis diagnosis in 1991, The Judds stopped touring; however, Wynonna carried on as a solo performer and occasionally joined her mother for shows such as The Judds.

All of Naomi’s life, she battled mental health issues. On April 30, 2022, the day before she and Wynonna were inducted into the Country Music Hall of Fame, she passed away from a self-inflicted gunshot wound.

The singer’s autopsy confirmed that Naomi Judd had died from a gunshot wound to the head, and it also revealed that she had left a suicide note.

The full autopsy report for Judd was made public by the Nashville medical examiner’s office on Friday, providing new insight into the 76-year-history old’s of mental illness. Reporting that Judd suffered from anxiety, depression, and bipolar disorder… When it came to Judd’s mental health, she was never private.

Also, a suicide note was discovered in close proximity to her body, confirming the findings of the autopsy.

In April, Naomi shot herself, and in May, her daughter Ashley broke the news to the world. As Ashley explained in an interview, “her brain hurt, it physically hurt, and I’m tasked with an exceedingly difficult task in disclosing the matter in the way my mother chose to continue to live.”

In addition, Ashley stated that she had found Naomi’s body “There were good moments and bad ones. When I was home in Tennessee, I was there to do what I do every day: pay a visit to my parents. My mother asked, “Will you stay with me?” and I responded, “Of course.” When I went up to the bedroom to tell her that her friend had arrived, I found her already there. The experience of finding her has left me traumatized and grieving.”

Ashley and Wynnona paid an emotional tribute to their mother Naomi at the Country Music Hall of Fame ceremony just days after her death.