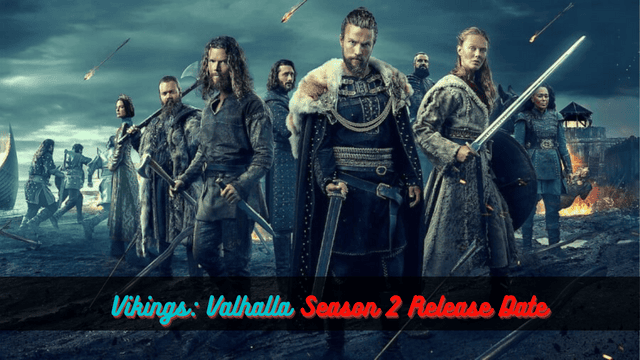 Good news for the fan of Vikings: Valhalla, Netflix has announced season 2 of the series. In this article, we will discuss the release date of Viking Valhalla, its trailer, plot, and many more. Please read this article for all information. In addition, if this article was useful, please offer feedback. Your feedback is precious to us.

Jeb Stuart made the Netflix streaming show Vikings: Valhalla, which is a historical drama. It is a follow-up to the History show Vikings, which was shot in County Wicklow, Ireland. The series takes place 100 years after the events of the Vikings.

It tells the story of how the Battle of Stamford Bridge in 1066 marked the beginning of the end of the Viking Age. On February 25, 2022, the first season of eight episodes began. The show was officially picked up for a second and third season in March 2022, after a 24-episode order was made public in November 2019.

Let’s Have a Quick Glance at Vikings: Valhalla Season 2!

The second season of Vikings: Valhalla is set to come out on Netflix on January 13, 2023. Vahalla will also be back for season 3 of Vikings. Filming for that season started in May 2022.

In Season 2, our heroes are just a short time after the tragic fall of Kattegat, which broke their dreams and changed their futures. When they find themselves on the run in Scandinavia, they have to put their ambitions and courage to the test in places other than their home fjords.

What is the Storyline of Vikings: Valhalla Season 2?

Like its predecessor, Vikings: Valhalla takes a lot of creative liberties by putting action and drama ahead of historical accuracy. But we can expect to see a lot of important things that happened during this time in season 2 and beyond.

Before we talk about what we think will happen in season 2, here’s what Netflix says the second season will be about:

“In Season 2, our heroes are still reeling from the tragic fall of Kattegat, which broke their dreams and changed the course of their lives. When they find themselves on the run in Scandinavia, they have to put their ambitions and courage to the test in places beyond the Kattegat fjords.”

Who will be in The Cast of Vikings: Valhalla Season 2? 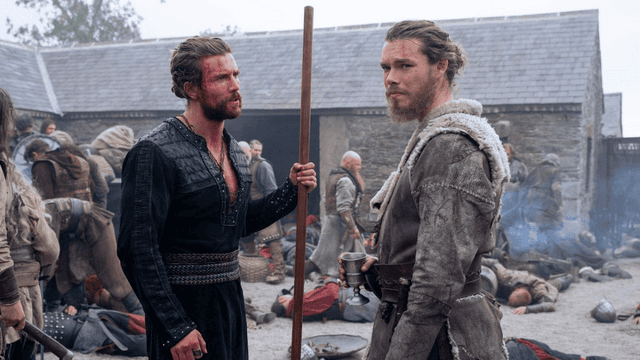 However, fresh faces also come with new lands. In addition to Hayat Kamille’s portrayal of astronomer Mariam, Marcin Dorocinski’s portrayal of King Yaroslav the Wise, the uncle of Olaf and Harald and the ruler of Novgorod, and Sofya Lebedeva’s portrayal of Elena, the daughter of a Russian noble, round out the new cast members. Bradley James joins the series as Harker, the ruler of Jómsborg and the leader of the

Together with Morgan O’Sullivan, Michael Hirst, Sheila Hockin, Steve Stark, James Flynn, John Weber, Sherry Marsh, Alan Gasmer, and Paul Buccieri, Stuart not only created and served as the showrunner but also executive produced. They oversaw the success of Vikings: Valhalla for Netflix, which resulted in a March order for two additional seasons.

Read More: Here is Everything About One of Us is Lying Season 3 Release Date!

According to the show’s creator, Jeb Stuart, “the whole idea of Season 2 is that we take these three heroes who are in Scandinavia and blow them out of their comfort zones.” “Thelma and Louise on the Dnieper River is the setting for Harald and Leif’s road trip in Season 2.

They will set out on this amazing journey together. The difficult environment of Pomerania is where Freyds must travel. Valhalla for Vikings The start of Season 2 is January 12. Below is a sneak peek at the upcoming season: