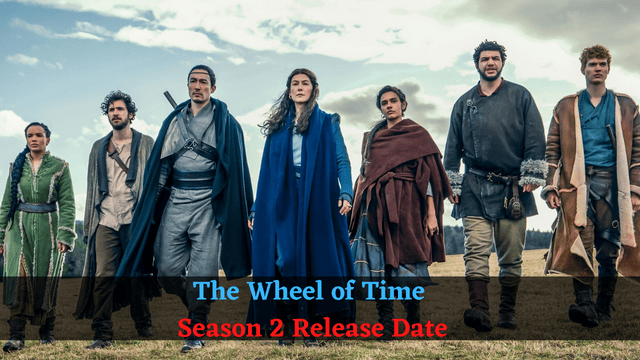 When Will The Wheel of Time Season 2 Release Date Arrive on the Floors?

Amazon’s high fantasy series The Wheel of Time will return for more action in season 2. The Wheel of Time was renewed for a second season before the first had even started streaming on Prime Video, so we’ve known for a while that we’d be receiving another helping.

Rafe Judkins created the American epic fantasy television series The Wheel of Time for Amazon Prime Video. The television show is based on Robert Jordan and Brandon Sanderson’s book series of the same name.

Eight episodes made up the first season, which debuted on Prime Video on November 19, 2021. The first three episodes were made available right away, and the remaining five episodes were released weekly after that. The season finale aired on December 24, 2021. Before the first episode, in May 2021, the show was given a second season order.

Moiraine is a member of the Aes Sedai, which is a powerful group of women who can channel One Power. She sends her Warder, Lan, to find a group of five young villagers from the remote Two Rivers.

She thinks that one of them is the reincarnation of the Dragon, a very powerful channeler who broke the world. The Dragon Reborn will either save the world from the Dark One, an evil that has always been there or break it again.

What is the Renewal Status of the Wheel of Time Season 2?

The Wheel of Time’s first season premiered in November 2021. This month, The Wheel of Time Season 2 has some unfavorable news. The episodes won’t be available 12 months from now. We would love to say that the second season of The Wheel of Time will debut only one year after the first one. 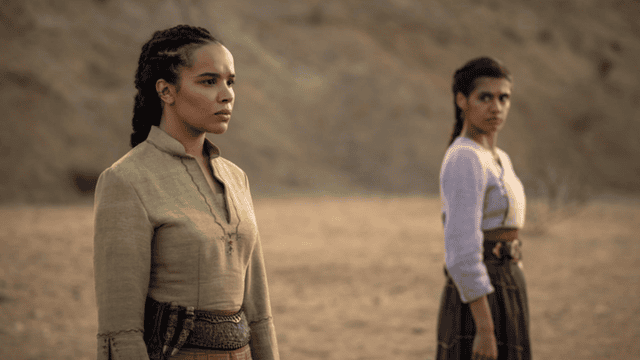 But that’s not the case. It’s also not something we really anticipated seeing. A lot of visuals are needed for this series. As one of the most popular shows on Amazon, there would have been a lot of buzzes if this series had debuted in November.

Release Date  of the Wheel of Time Season 2

We don’t know for sure when The Wheel of Time season 2 will start, but it could be between November 2022 and early 2023. The series started filming in July 2021, and showrunner Rafe Judkins has already given us some hints about what will happen next.

Season 2 was finished filming in May 2022, and with a show of this size, we expect the editing process to take a long time. A standard estimate for the post-production stage is at least six months.

The true Trailer Gai’don is still a Ways away, but here is a sneak peek at season 2 to hold you over in the meantime. #TheWheelOfTime #WoTNYCC pic.twitter.com/47e09JDkub

The most-watched Amazon Prime show of 2021 probably won’t be back until after the first season of The Lord of the Rings: The Rings of Power. That show will end in the middle of October, and the studio probably doesn’t want two big fantasy shows to air at the same time.

What Will Be the Plot of the Wheel of Time Season 2?

The official Twitter account for The Wheels of Time tweeted that the first episode is called “A Taste of Solitude.” This is the name of a chapter in the sixth book of the series. But Rafe Judkins said on the Empire Spoiler Special Film Podcast that Season 2 will combine plots from Book Two, “The Great Hunt,” and Book Three, “The Dragon Reborn.”

These won’t be exact copies of the books. Instead, they will be woven together to fit better on TV. The season will have the same number of episodes as the first season: eight. Moiraine and Lan also have more screen time than they do in the books since they only appear in one chapter of book two.

With Brandon Sanderson, co-author of the last three books, and Robert Jordan’s widow, Harriet, Judkins talked to Nerdist about how he changed parts of the ending of the first book. To maybe make the stories better and make something that Jordan would have liked.

This meant making changes to the original ending, which was very confusing, like adding other characters to the fight between Rand and The Dark One at the Eye of the World.

Who Will Be in the Cast of the Wheel of Time Season 2?

There will be several new and extended characters in The Wheel of Time season 2, as well as a casting change. Mat will no longer be played by Barney Harris; there are many theories as to why, but none of them have received official confirmation from any source.

Is There Any Trailer for the Wheel of Time Season 2?

We can also see Mat’s new face in the trailer. Barney Harris’ departure as Mat for the second season was something we knew quite early on. Instead, Dónal Finn will be playing the part, and the teaser does give us a look at him.

Right now, it’s unclear how the change in appearance will be justified. It seems that the transition won’t be too abrupt, although we’re not exactly sure how that will work out.

Where Can I Watch the Second Season of The Wheel of Time?

The second season of The Wheel of Time is only available on the streaming service Prime Video, just like the first season. If you don’t already have an Amazon Prime account, you can sign up here using our affiliate link.

Nick Jonas Wife: How Did He Make Her Birthday Special?