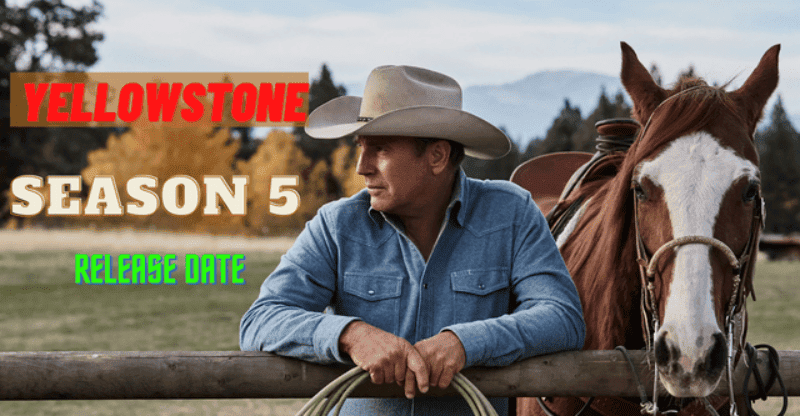 Season 5 of Yellowstone finally started Sunday night on the Paramount Network with two episodes. The drama in the Dutton family never stopped. The most important event was when John Dutton (Kevin Costner) became governor of Montana.

Yellowstone is still cable TV’s most popular show, even though it’s on the new Paramount Network and has confusing streaming rules. We should soon find out how the Season 5 premiere did in the ratings, and it wouldn’t be surprising at all if it broke its own record for viewers, given how much people wanted to see it.

In the meantime, here’s what we know so far about Season 5 of Yellowstone, including the latest news, the schedule for when it will come out, information about the cast, and trailers.

Season 5 of The Yellowstone will premiere on Sunday, November 13, a week before the season premiere of Tulsa King, which was announced by Paramount Network on May 18.

This perfect storm may spell the end of Yellowstone’s fifth season. The fact that Sheridan is busy with projects besides Yellowstone also suggests that the fifth season will be it’s last.

Season 5 is scheduled to have 14 episodes, broken up into two blocks of seven episodes each. Even though this season will be the longest ever, how long the break will remain to be seen.

After releasing a season five full trailer in September, Paramount followed up on an August teaser clip. It opens with John taking the oath of office as governor before things start to fall apart. The teaser suggests that the Dutton family will experience a great deal more conflict in the near future.

Yellowstone season 5 is expected to feature a star-studded cast. This is one of the reasons why the series has become such a hot topic.

The contemporary Western, which debuted in 2018 as part of the network’s rebranding (it was previously Spike TV), unmistakably struck a chord with viewers. The drama series based in Montana follows the struggles of the Dutton family, owners of the largest continuous cow ranch in the United States.

Kevin Costner plays patriarch John Dutton in Taylor Sheridan’s Yellowstone, a man fighting to keep the family ranch intact as they battle land developers, an Indian reservation nearby, and other adversaries in an effort to preserve their history.

According to the season five trailer, John becomes governor, fires everyone, and then appoints his daughter Beth as chief of staff. That was on his first day, too (just kidding).

Cole Hauser hinted at what viewers could anticipate from season five in an interview with Kathryn Walt Hall in March. We come together, for us as actors, and I believe I can speak for everyone, he said. Meanwhile, Kevin Costner discussed how he can relate to the plot of the new season in an interview with Extra.

“There are some undercurrents that I can actually name; it’s the land that’s in conflict. People who believe that one man has too much wealth, people who are aware of what they would do with the land, and the entire scenario of everyone attacking this man while he tries to hold on—I can relate to that

Additionally, Costner addressed the speculation that his character might pass away in season five or later episodes. I don’t want to pass away. simply too much to do In terms of this narrative, I’m not sure where that will lead. I haven’t given it much thought. Everyone passes away, but how you live matters.

Season 5 of Yellowstone premiered Sunday night. There will be 14 episodes, broken up into two blocks of seven each with a break in between. Kevin Costner stars as patriarch John Dutton in Taylor Sheridan’s “Yellowstone” Co-stars Cole Hauser and Kelly Reilly also star. Costner addressed speculation that he might pass away in season five or later episodes.