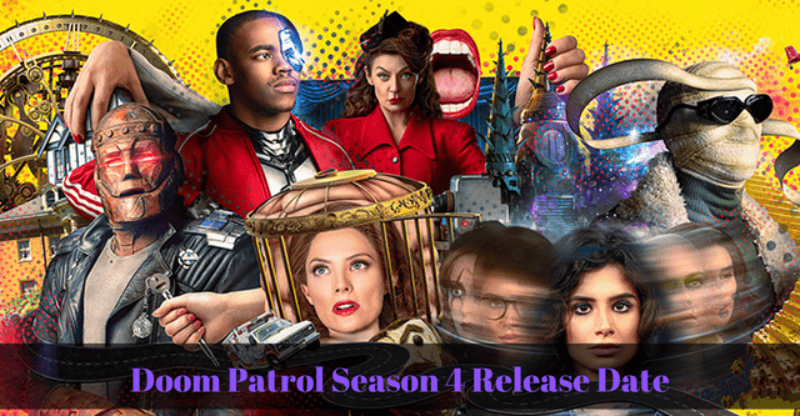 Do you know The Doom Patrol first appeared in the fourth episode of Titans Season 1? They were a grim and dark version of the well-known young team of superheroes and former sidekicks in the DC Universe who wanted to protect the weak. In this article, we will discuss the Doom Patrol Season 4 Release Date, Spoilers, and many more. To get all the details, read this article. Also, if you found this essay helpful, kindly share your thoughts. Your opinions are very valuable to us.

The series aired exclusively on the DC Universe streaming service on February 15, 2019. The second season premiered on both DC Universe and HBO Max on June 25, 2020, with both streaming platforms releasing episodes concurrently. The launch of the third season, available exclusively on HBO Max, occurred on September 23, 2021. The sitcom got renewed for a fourth season in October 2021, which will be broadcast on December 8, 2022.

Let’s Have a Glance at Doom Patrol Brief Info

In October 2021, Doom Patrol received a Season 4 renewal. On December 8, 2022, Season 4 Part 1 will premiere, with the first two episodes airing simultaneously. Up until January 5, 2023, brand-new episodes will be released every week. The following episode will be followed by a season break before the show returns with its final six episodes later in 2019.

What is the Doom Patrol All About?

The show is about a group of unlikely heroes who became “superheroes” because of terrible things that happened to them. People turned away from them because of this. Niles Caulder (Timothy Dalton), also known as “The Chief,” treats all of the bad things that come with each hero’s new form. While they are under his care, he lets them stay in his mansion.

In the first episode of the third season, Dorothy fights the Candlemaker, which kills the Chief. However, the Chief’s spirit tells Cliff (Brendan Fraser) that the Chief can’t really move on until his body is burned. As each member of the team deals with grief and continues to deal with their own problems, a new bad guy joins the fight. Madam Rouge comes to town in a time machine, but she can’t remember what she came to do. 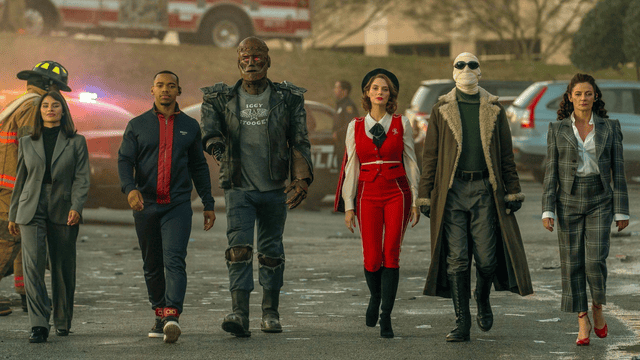 During the season, the Doom Patrol goes through a lot: they die, go to purgatory, escape hell with the help of the Dead Detective Boys, become zombies, eat the Chief’s brains as zombies to become human again, and that’s just the beginning. The show is a crazy, strange ride that stands out from other DC shows.

What Could Be the Plot of Doom Patrol Season 4?

The events of the first episode of Season 4 find the crew accidentally transported to the future, where they encounter an unwelcome surprise. In the face of their impending doom, the Doom Patrol must settle once and for all the age-old debate: is it more vital for them to pursue their individual pleasure or the welfare of the entire world?

Who will be in The Cast of Season 4 of Doom Patrol?

Many people are happy to hear that the whole cast will be back. Fans can expect to hear Brendan Fraser in his voice role and see Riley Shanahan as Robot-Man, April Bowlby as Rita Farr/Elasti-Woman, Matt Bomer as Larry Trainor/Negative Man, and Mattew Zuk in costume, Diane Guerrero as Kay Challis/Crazy Jane, and Joivan Wade as Cyborg.

Niles Caulder, played by Timothy Dalton, might not come back because the character died in Season 3. However, death has never really been a problem in the Doom Patrol world, so he might come back.

Laura De Mille/Madame Rogue, played by Michelle Gomez, joins the team in Season 4. She was first seen in Season 3. Elijah Rashad Reed will join the cast of Doom as a character named Deric who will appear in more than one episode. Madeline Zima is also joining the cast as a recurring character. She will play Casey Brinke/Space Case, an EMT who gets caught up in the Patrol’s adventures and finds out how she got to be the way she is.

Is There Any Trailer for the Doom Patrol Season 4?

On October 9, 2022, the Doom Patrol teaser was out, and it exceeds our expectations in terms of chaos and hilarity. The fourth season’s first trailer is packed with all the usual weirdness and humor, so fans can expect an insane ride. The trailer shows a dark underground structure housing a top-secret government weapons program.

The experiment that follows shows a scientist being killed as they are smashed through a large glass window in a sealed, foggy chamber and are thought to be extremely unsafe. The menace is then revealed to be a bunch of singing butts performing a choreographed routine while walking on their hands to the tune of the song “Shipoopi.”

The primary objective of The Shahab is to offer updates on numerous well-known TV shows, web series, motion pictures, and anime series. Visit The Shahab, our website, if you want to learn anything about your favorite show.