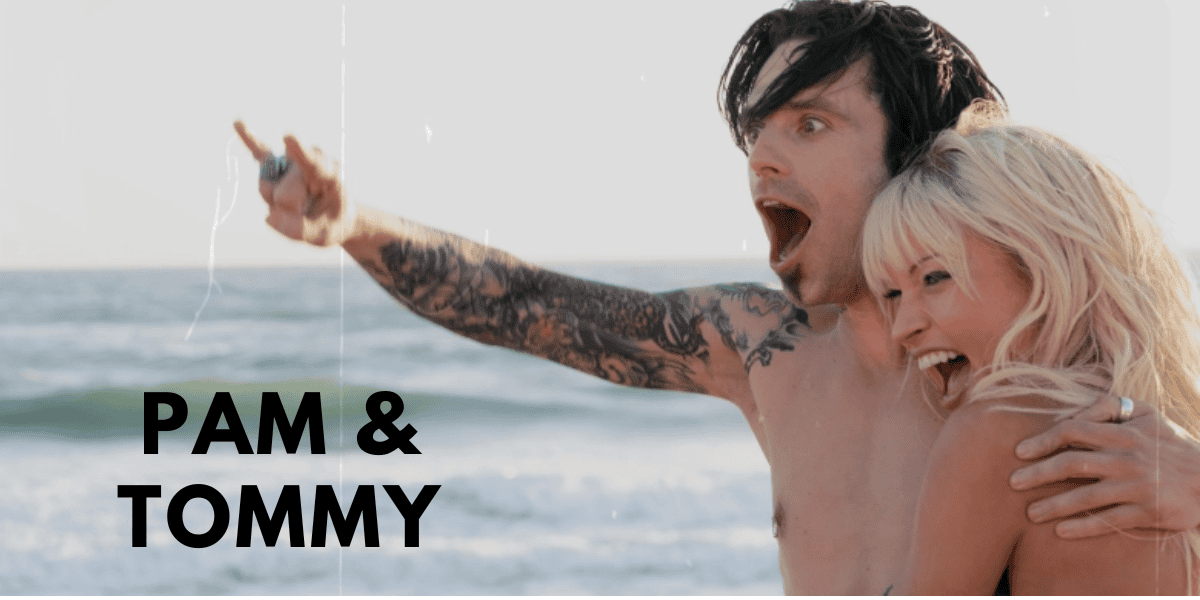 Pam & Tommy: When It Comes to Over-the-top Bareness, Pam & Tommy Turn the Tables.!

Fans from all around the world have tuned in to see the first three episodes of Pam & Tommy, which debuted recently on Netflix. The show is based on a true story involving sex, drugs, and rock and roll.

Pamela Anderson (Lily James) and Tommy Lee’s (Sebastian Stan) whirlwind marriage is shown in magnificent, MDMA-laced technicolor in episode two of “I Love You, Tommy.” This is never more visible than in this episode, which is the clearest example of this point.

There is also the moment with the talking penis, in which you are compelled to look directly down the barrel of the love gun that the drummer for Motley Crüe is holding.

However, more than any other episode, this one presents the project’s perspective on the subject of nudity. To be more specific, Pamela spends almost all of her time covered up, with the notable exception of a scene in which she and her husband are in the throes of newlywed passion as they shag their way around a hotel suite.

In point of fact, it appears as though the writers made an intentional effort to switch how the couple was portrayed in the media in real life. Pamela became a sex icon as a result of her work on Baywatch and Playboy magazine. This is in contrast to Tommy Lee, who became famous by mooning a mob of onlookers while he was performing.

In contrast to this, in the show Pam & Tommy, the fictional Tommy is first seen wearing nothing but a leopard-print thong as he brazenly strolls around the construction site in his house with his legs spread wide for everyone to see.

This starkly contrasts with the way real people are portrayed in the show. If he has friends over to jam in his garage, he might throw on a robe every once in a while for a little bit of modesty, but other than that, he spends the majority of the first episode in this configuration.

Tommy is practically never seen clothed when they are alone together, and at those times he is entirely naked. When Rand Gauthier, played by Seth Rogen, goes into Tommy’s house to steal the now-famous recording, he finds Tommy naked behind resting flat on his bed next to his wife, who is carefully wrapped up in the silk sheets they share. 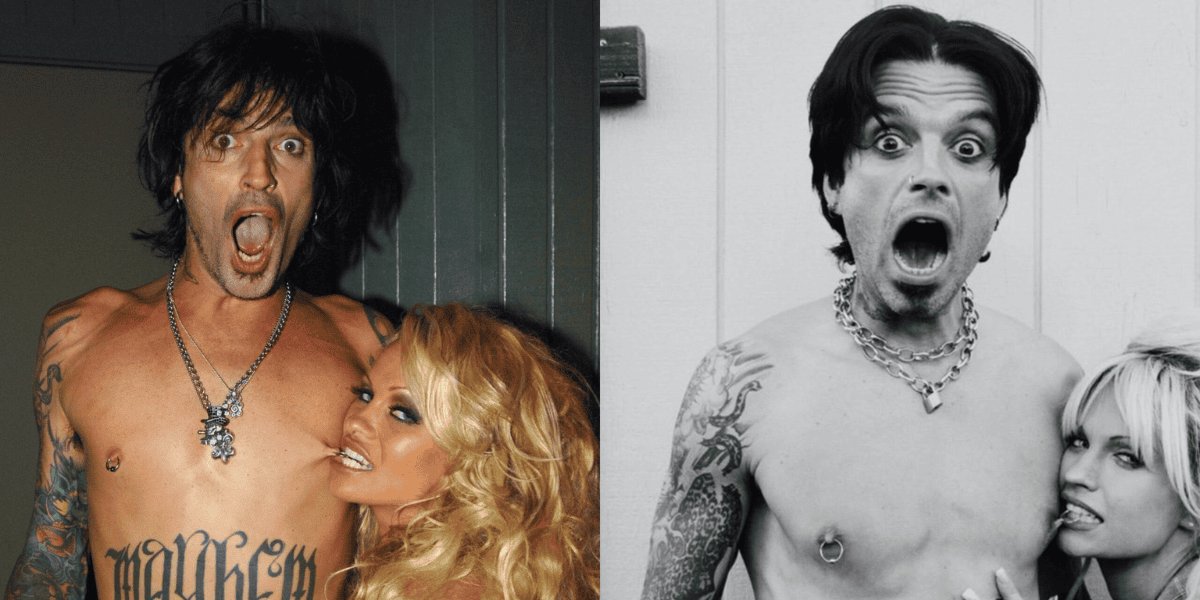 Tommy’s bed is a four-poster. Pamela keeps her clothes on at all occasions, with the exception of a gratuitous scene from the montage in which she and Tommy engage in wild sex in each of the rooms of their honeymoon suite.

At the moment, there appears to be an increase in male full-frontal nudity in television shows; we might call this trend the emergence of the public penis.

Then there is the return of Euphoria, which is a show that almost never airs an episode without at least one of the characters choosing to hang out with their wang exposed.

And let’s not forget about last year’s smash-hit addictive series Sex/Life, which featured a shower scene and a penis that were so jaw-dropping that Netflix called out the 20 million households that rewound that specific scene in their announcement that they would be renewing the series for a second season.

But the use of nudity in these shows is not the same as the choices made by Pam and Tommy. The latter seems to go out of its way on purpose to ensure that we are aware of every crease and wrinkle on Tommy’s body and to put him under the same kind of scrutiny that Pamela was subjected to in real life.

Pam & Tommy’s creators have largely stuck by their word to do as a right by the actress as they could, and the decision to focus more on the male anatomy than the female one is the first real tell that they have done so. Despite the fact that we have already expressed our unease about the show’s decision to move forward without Pamela Anderson’s approval, the creators of Pam & Tommy have largely stuck by their word. 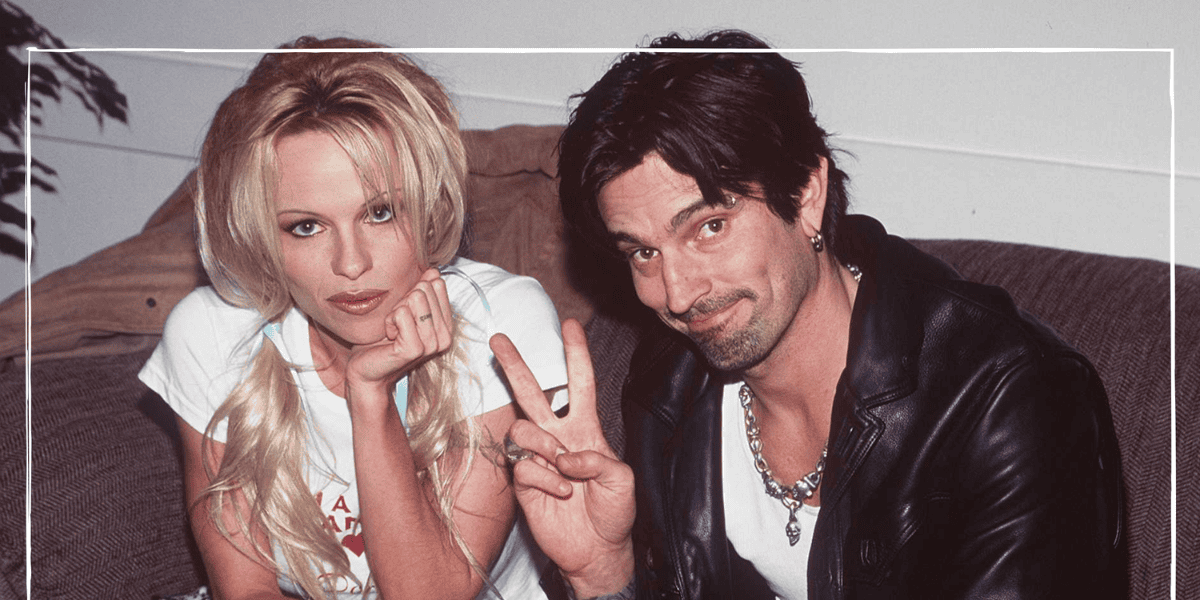 This is not only apparent in the characters of Pam and Tommy, but also in other individuals who are put in sexual settings during the first three episodes of the show.

The men who work in the pornography studio owned by Milton Ingley (played by Nick Offerman) are portrayed as filthy and ogling one another. Nevertheless, in the scene that is now being filmed, it is the woman who is the recipient of pleasure from oral sex rather than the male who is asserting any form of power.

In a subsequent scene, he is distracted from the action that is taking place when he notices a toolbox in the periphery of the frame, which serves as a reminder to him that he needs to go and pick it up.

There is never any indication that female pornographic stars are anything other than fully capable of managing both themselves and the profession in which they work. In point of fact, the vast majority of the time, they are content to remain there.

Pamela, on the other hand, is aware that she is seductive and does not feel the need to display her sexuality in the same overt manner that her dominant husband does by constantly wandering around naked in public.

It appears that Pam & Tommy have done a complete about-face over the use of male nudity. It is not done in order to appear vulnerable or even specifically for the sake of shock value.

Male nudity is portrayed as a joke in this updated version of the decade that was the 1990s. It is something that should be gawked at before being mocked or laughed about with friends over a cup of coffee.

Season 2 of The Witcher Features Reduced Nudity, and Here’s Why from the Showrunner!