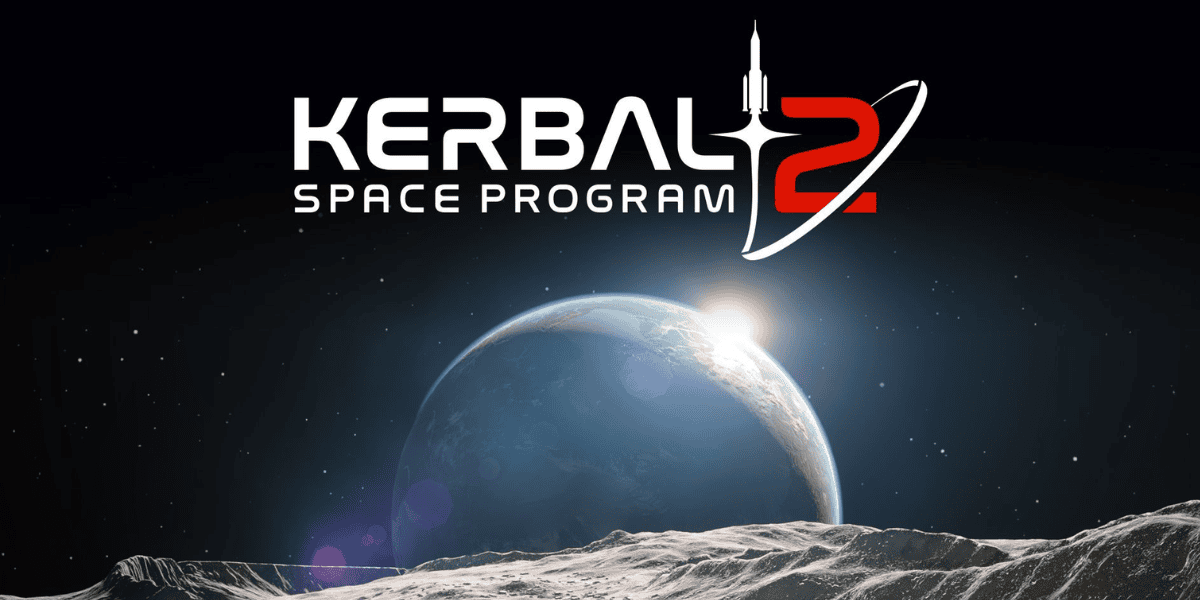 Those pesky Kerbals have returned. At least, we expect that to be the case. Eventually. This is all we know about the release of Kerbal Space Program 2:

The game’s developer, Intercept, has been emphasizing that KSP2 is an honest attempt to foresee the results of future space travel. The team has spoken with real-life astronomers to ensure authenticity, right down to the Metallic Hydrogen fuel and its highly accurate pink exhaust. Furthermore, Intercept has addressed some of the complaints raised about KSP1 in its sequel. What little information we have about the release of Kerbal Space Program 2 is summarised below.

It was confirmed in May 2022 by Intercept that the release date of Kerbal Space Program 2 on PC will be moved to “early 2023.” The release of the console version has been pushed back even further.

We are all accustomed to the release of video games being pushed back, and we are now accustomed to patiently waiting for quality rather than for speed. It should not come as much of a shock that there have been some obstacles to overcome because KSP2 is such a massive game; from the glimpses we’ve previously seen of it, we know that it is also incredibly beautiful and intricate.

KSP2 ushers in the era of colonization for the very first time in the series. In order to gather and make use of scarce resources, it is necessary to find and establish colonies from scratch on unexplored worlds. In addition to that, there is at least one new planetary system included in KSP2.

The Debdeb system has been shown to be a young star system, and some of the celestial bodies that are contained inside it have been observed by us. 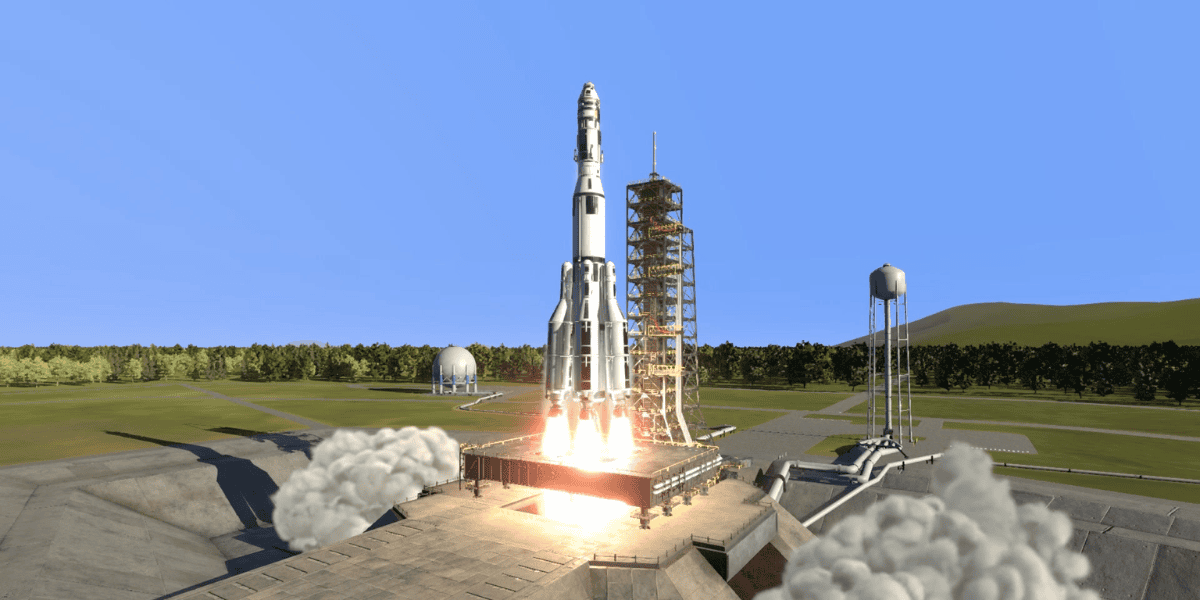 Having said that, the discovery of other new planets that have not been found to be a part of the Deb deb system lends credence to the idea that there may be even more. ShadowZone, a YouTuber, posted a question on the KSP forum asking if nine new celestial bodies were all a part of Debdeb. The question was answered negatively by Nate Simpson, the creative director of KSP.

Intercept has also confirmed that it is possible to travel between stars using KSP2, which is necessary in order to reach these far-off solar systems. In the sequel, you are strongly encouraged to go to distant stars, investigate the incredible distances that separate them, and acquire a sense of how huge the cosmos really is.

In order to further acquaint players with these new improvements, animated tutorials that explain various game concepts have been included. These walkthroughs have the potential to be a deciding factor in your ultimate success. These bright and cartoony aesthetics seek to make the agony of landing on Mun in KSP1 a thing of the past. Current gamers are well aware of how challenging it was to do so in that game.

The user interface and visuals of KSP2 have been substantially enhanced, both in terms of general technological development and as a remedy to the issues that plagued KSP1. For instance, the Vehicle Assembly Building (VAB) in the first game was quite baffling and rough around the edges. Intercept is eager to eliminate such issues in KSP2 and believes that by streamlining the process, they can make tools like these more accessible.

As for the visual upgrades, things look more realistic and intricate than they did in the original game, which was released nearly ten years ago.

It’s important to note that the developer’s goal has also been a factor in the animation modifications, especially with the explosions. All of the explosions in the original game appeared the same. Contrarily, KSP2’s explosions are not only generated at random, but also vary in size, appearance, and color based on the materials and fuels involved. Accurately grounded in practical context… To put it simply, science rocks.

Even the Kerbals themselves have received their inevitable update for KSP2. They still have their irregular, green humanoid appearance, but this time around they’re a lot more complex. You’ll notice a wider range of hairstyles and colours across your Kerbal colony as a start. In my opinion, the most significant change to the Kerbals is the addition of new animations. They’re able to communicate their fear and elation at their horrific falls and exhilarating victories with more body language and emotion than ever before, making for funnier scenarios.

KSP2 will begin once more on Kerbin, the planet that serves as the Kerbals’ home world, and will continue to centre on the Kerbol system, which served as the exploration area in the previous game. There are some planets, moons, and natural satellites that have been proven to be returning, such as Jool and Pol.

However, we do not know for certain that every extant planet, moon, or natural satellite has returned. These celestial bodies have been redesigned and recreated with increased levels of complexity as a result of the graphical update that was implemented in KSP2.

The most notable illustration of this is probably Dres, which was notorious for being an exceptionally dull character in KSP. Intercept has dropped hints that there may be reasons to investigate Dres in Kingdom Hearts 2 (KSP2), including mysteries buried within its newly introduced mountain range.

The eyeball-shaped planet seen in the KSP2 film has been tentatively identified as Puf. ShadowZone claims to have learned that the planet is called Puf and that the name is “allegedly an indication about the planet’s character,” despite the fact that the name has not been revealed in the videos.

Intercept has verified that Gurdamma is indeed a node in the Debdeb network. I find it fascinating that Gurdamma represents Earth around the time it formed, four billion years ago. The creator of Gurdamma calls it “Proto-Kerbin” because it allows players to imagine what Kerbin would have been like in its infancy. Donk, the moon of Gurdamma, got its name by complete accident (and hopefully stay that way).

Debdeb’s support for Glumo has also been confirmed. It has beautiful, enormous rings similar to Saturn’s, and its surface is a pastel palette. A ringed planet like Ovin, which Intercept’s Nate Simpson has called a “ringed super-Earth,” is nothing new. In games featuring planets with rings, players can observe these structures up close in a way that is impossible in our own solar system.

The planets Rask and its companion, Rusk, are located quite close together, their gravitational fields entwining. They give off the impression of being extremely hot rocks, and the tension between the two directions makes exploring them and the area around them a fascinating challenge.

Charr and Skutt are two other examples. To be honest, we’re just grouping these planets together because there isn’t anything to report on them just yet. Landing and taking off on Skutt, which is shaped more like a big meteor than a planet, presents some unique challenges. Charr, the “innermost planet in the Debdeb system,” is described as being “black, red, and fiery.”

Lapat is the last undiscovered celestial body, yet we still know very little about it. A planet with lush vegetation, as seen in a still from a film on “celestial architecting,” has great promise as a colonization site.

Because KSP1 is a game designed for a single player, one of the questions that gets asked the most regarding KSP2 is whether or not it supports multiplayer capability. Even while the answer is unequivocal yes, we do not yet know what the multiplayer component of KSP2 involves or how it will be implemented. Because it is labeled as “online co-op” on Steam, we are expecting that this indicates that you will not be able to destroy the planets and colonies of others who are playing without knowing it.

Additionally, Intercept has announced that the game will receive improved modding features in the near future. Modders will have access to features that were out of their reach in the previous game due to the fact that KSP2 was constructed anew from the ground up with new underlying technologies.

We’ve talked a lot about KSP2’s developer, Intercept, but is Squad still active in the project? Squad, the game’s original creator, is instrumental in keeping the series true to its roots. Fortunately, Intercept is aware of this, and they’ve been collaborating with Squad (now a part of KSP publisher Private Division) and its head of production, Nestor Gomez, to keep KSP2 faithful to its beginnings.

That’s all we know about when Kerbal Space Program 2 will be out at the moment. We’ll be keeping a watch on the game’s progress for more hints and updates as we get closer to the release date. Get back into KSP1 or give it a shot for the first time while you wait. If you’re looking to enhance your experience with Kerbal Space Program, we’ve compiled a list of the top mods.

Read More: Alan Wake 2: Everything We Currently Know About the Remedy Sequel!