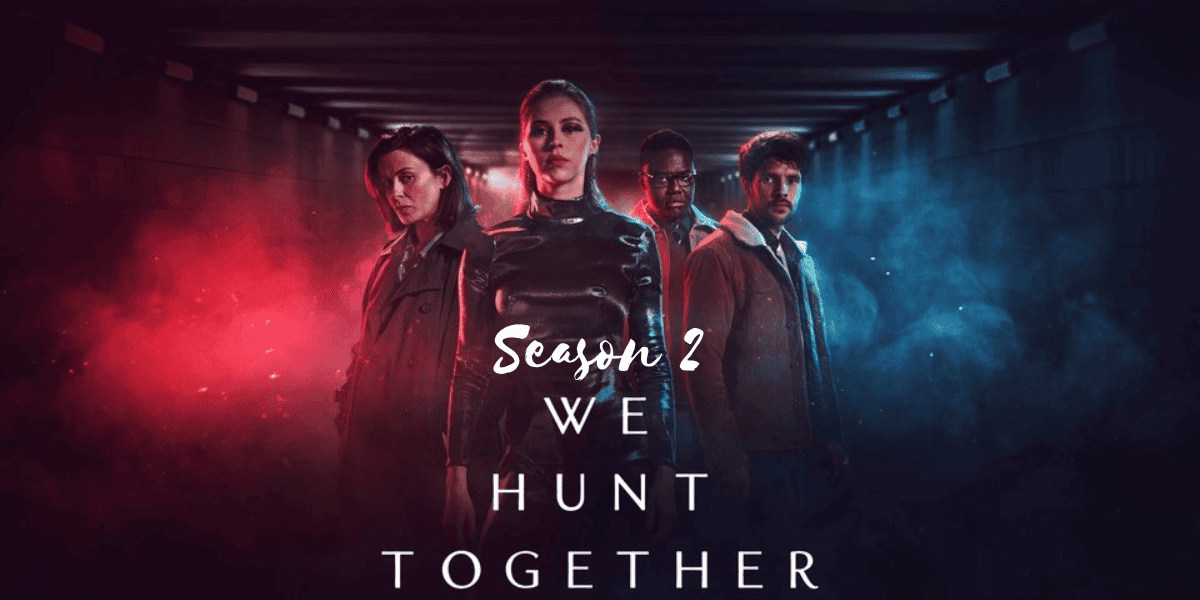 We Hunt Together’s debut season on Showtime was a breath of fresh air among crime dramas, as it focused as much on the criminals as the detectives pursuing them in a cat-and-mouse thriller. The first season of this powerful and original show was equal parts love story, procedural, and psychological inquiry, and it challenged viewers to reevaluate their own ideas of retribution and justice.

The second season is much more clear than the first, which works both for and against the show. Murder is investigated in a more conventional manner, and the serial killer is of the stereotypical variety.

Their fixation on Freddy Lane (Hermione Corfield) is what propels her into the action more prominently in Season 2, but it also makes her a less stereotypical antagonist. (Although, her hands aren’t spotless in this situation either.)

She still has a lot of issues with herself, such as her insatiable need for attention and validation and her haunting images of her dead best friend, whose name she now carries. She is also still grieving the loss of her Baba, the one person who loved her without condition.

There are fewer larger narrative questions about how we’re meant to feel about her character this season, and no uncomfortable questions about what her choices mean, but Corfield’s performance is as deft as ever, expertly walking the line between emotionally damaged millennial and gleeful psychopath. 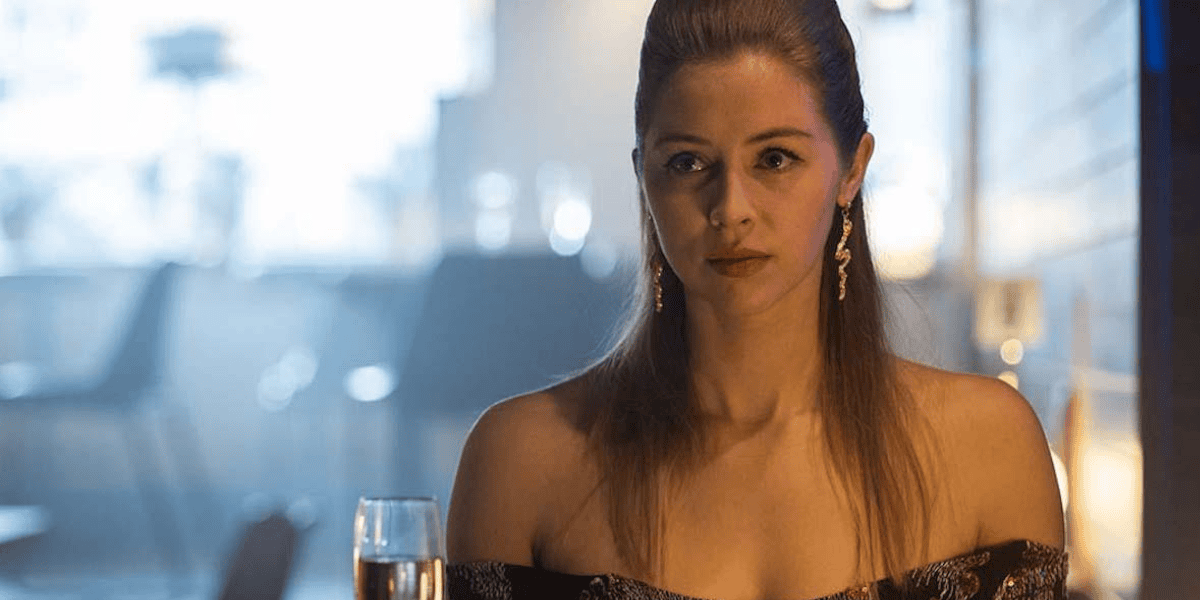 Rather than trying to understand Freddy, the show now seems to treat her as a slightly less violent (at least in terms of sheer scale) version of Villanelle from Killing Eve, and expects its audience to simply revel in what she’s allowed to get away with and thrill at how close she comes to getting caught (or at the very least implicated in some larger crime.)

Season 2 begins with Freddy out on bail, but many amateur detectives and tabloid readers still don’t accept her story that she had nothing to do with the several killings her boyfriend Baba Lenga (Dipo Ola) is accused of committing. DS Lola Franks (Eve Myles) remains fixated on the case, viewing Freddy as her own personal white whale.

DI Jackson Mendy (Babou Ceesay) isn’t as interested in helping her because he has a wife who is due to give birth to twins. But when a brutal murder is linked to Freddy, they are both eager to determine if she is responsible (and take another run at bringing her in if they can).

Freddy, on the other hand, is being completely forthright when she claims that she has no ties to the first victim of Season 2 beyond a one-night stand at a speed dating event.

Things take a sinister turn, however, when she gets a mysterious letter that she believes to be from the killer. The Birdman, so-called for the mask of a dead pigeon’s head he wears when committing crimes, is already pretty frightening on his own, and his infatuation with Freddy is a peculiar mix of a stalker and number one superfan longing for her approval.

While Freddy’s understandably freaked out by the prospect of body parts arriving in the mail, she is also obviously longing for the same type of connection she had with Baba, and open to even the slightest suggestion that someone, somewhere, knows about her darker inclinations and adores her anyway.

We Hunt Together shows Freddy’s (Angus Imrie) obviously real friendship with Henry (Angus Imrie), her devoted childhood BFF (and brother of the deceased Frederica), in an effort to imply that more normal life is still attainable for Freddy.

However, the program also implies that even if that’s the case, she might not want it, as she effectively points someone she knows to be a psychotic murderer at her enemies for fun, in the hopes that he’ll do her the solid of wiping them out for her as some sort of twisted romantic gesture. 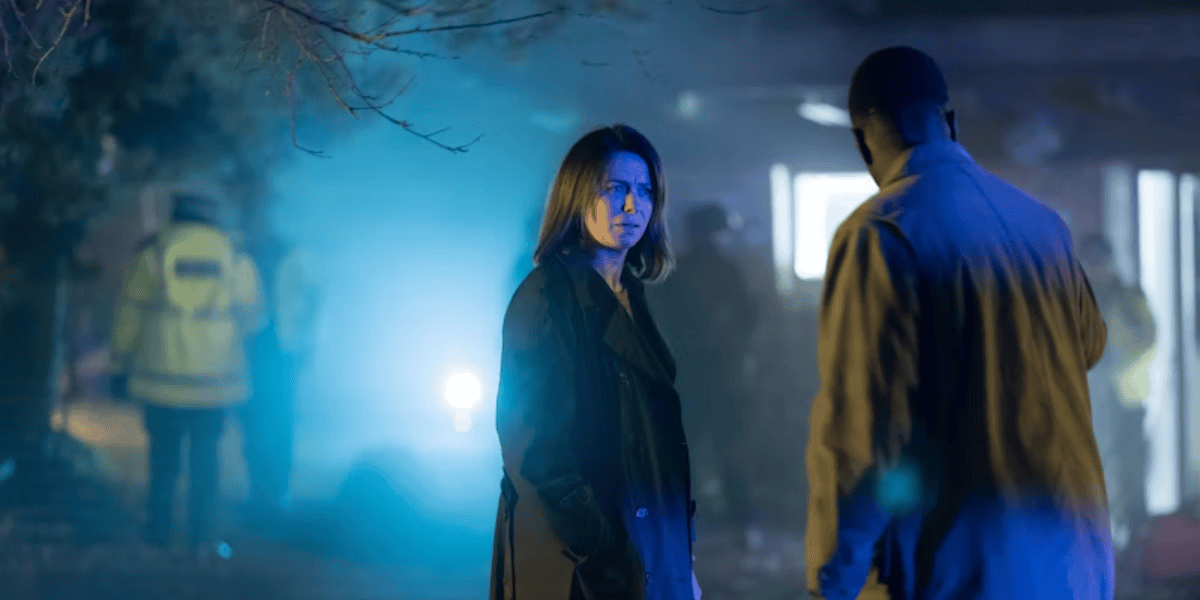 At the same time, there are times when Freddy seems to realize how wrong and out of control everything has gotten, such as when she thinks she may have mistakenly sent the Birdman after one of the few people whose welfare matters to her and when she tries to stop this thing she’s set in motion. Do you mean what you say about regret? Can Freddy mature and change for the better?

The show wants you to speculate about those things but doesn’t feel obligated to provide answers. It’s hard to know how much to trust anything Freddy says, even in her most ostensibly selfless times, because she constantly seems to be performing a character, even for the audience. ( But let’s be honest; doesn’t that contribute to the show’s hilarity?

This season, Colin Morgan (formerly of Merlin) joins the cast as Liam Gates, Freddy’s ghostwriter for her biography on her time with Baba. While Morgan’s charisma remains undimmed, the narrative doesn’t help him out by painting Liam as a romantic interest for Lola and a prospective threat to Freddy. His performance here is grittier and darker than we’re used to seeing from him, and it serves as a useful reminder that we need to see him in more media ASAP.

The difficulty is that despite the show’s evident intention for viewers to view Liam as the season’s primary Birdman suspect, the writers keep him at arm’s length, avoiding the kinds of significant emotional scenes that would reveal his motivations and identity.

The show relies on the audience to make assumptions that may or may not pay off towards the conclusion of the season by providing only tense musical cues and fast camera cuts that hint he is hiding significant secrets.

We Hunt Together trusted its audience enough to show us, Baba and Freddy, killing a man in the first episode of Season 1, despite the fact that the show may not want to explicitly expose the identity of the Birdman too early.

No matter who the killer is, the focus has always been on the consequences of their actions and the ways in which they affect the other characters. None of us really want this to be a whodunit, so that’s not what we’re getting.

When discussing our greater cultural preoccupation with the famous faces of true crime, We Hunt Together is at its most subtly self-aware and self-referential.

Following her involvement in the murders of the previous season, the tapes of Freddy’s former life as a phone sex operator are sold for thousands of pounds on the dark web, and a would-be YouTube pundit has made a name for herself by peddling conspiracy theories about the things Freddy is supposedly guilty of, and a local club throws a Birdman-themed opening party, complete with pigeon masks for the guests. Everything is horrible and trite, but that should come as no surprise.

There is no longer any surprise at all; this is a common occurrence in our very own real-world media as well. Are we to blame if, by the end of the series, we feel a modicum of relief that Freddy’s journey seems like it will (or at least could) extend even further?

Late-season shocks involving Freddy’s mental health, Lola’s obsessive need to prioritize her profession over everything else, and their relationship to one another would likely make Season 3 worth watching, and the series has educated us to feel some sympathy for the devil. And at this point, don’t we figure we’ll get our pound of flesh for our penny?

The second season of We Hunt Together is currently available online and airs regularly on Sunday nights on a premium cable network.

We Hunt Together Season 2 Trailer