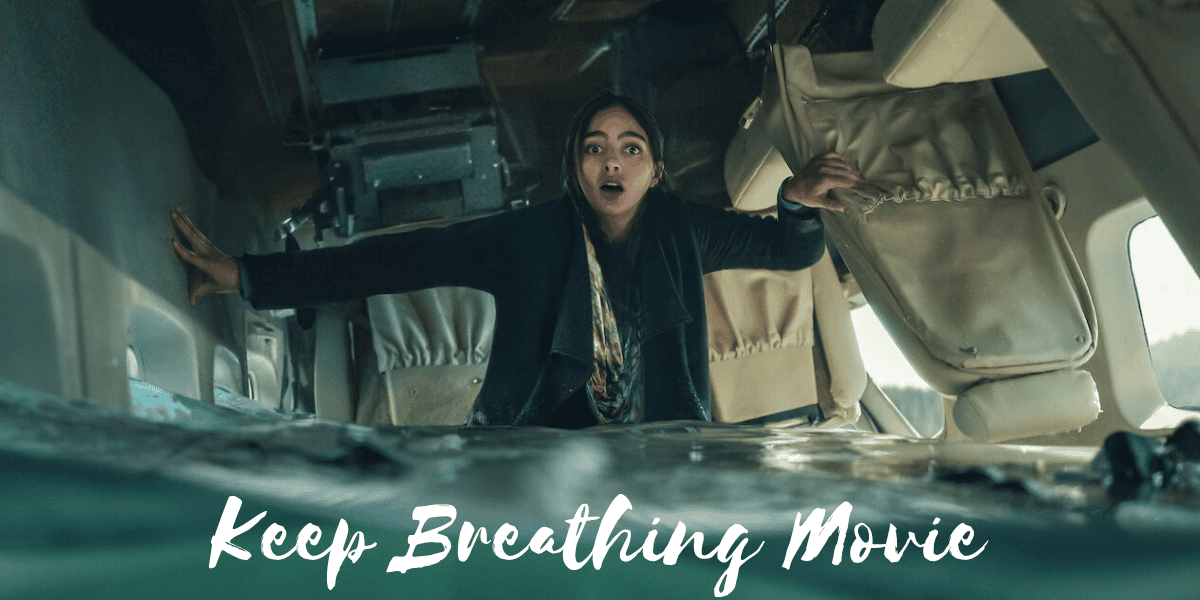 The Netflix series “Keep Breathing” is unsure of what kind of program it wants to be. On the surface, it appears to be a normal survival story. Melissa Barrera plays Liv, a disgruntled lawyer who battles for survival after her chartered jet crashes in the jungle. The six-part series features a lot of person against nature drama: Liv goes food scavenging, runs into a bear, and learns how to light the fire.

She was diving to rescue supplies, which had me holding my breath as well. This drama is gripping in many ways. Additionally, the program does a fantastic job dramatizing the unique dread of getting lost in the woods, the insanity of wandering in circles, and the worry of never finding a way out.

However, Liv’s solutions might occasionally be unnecessarily intricate. She remembers how to make a compass in a flashback from her days as a girl scout. Which, I suppose we all have a few sporadic nuggets of information to pull upon in dire circumstances. However, she does it before recalling that the sun rises in the East and sets in the West, which is a far more logical and low-tech method (and that works). 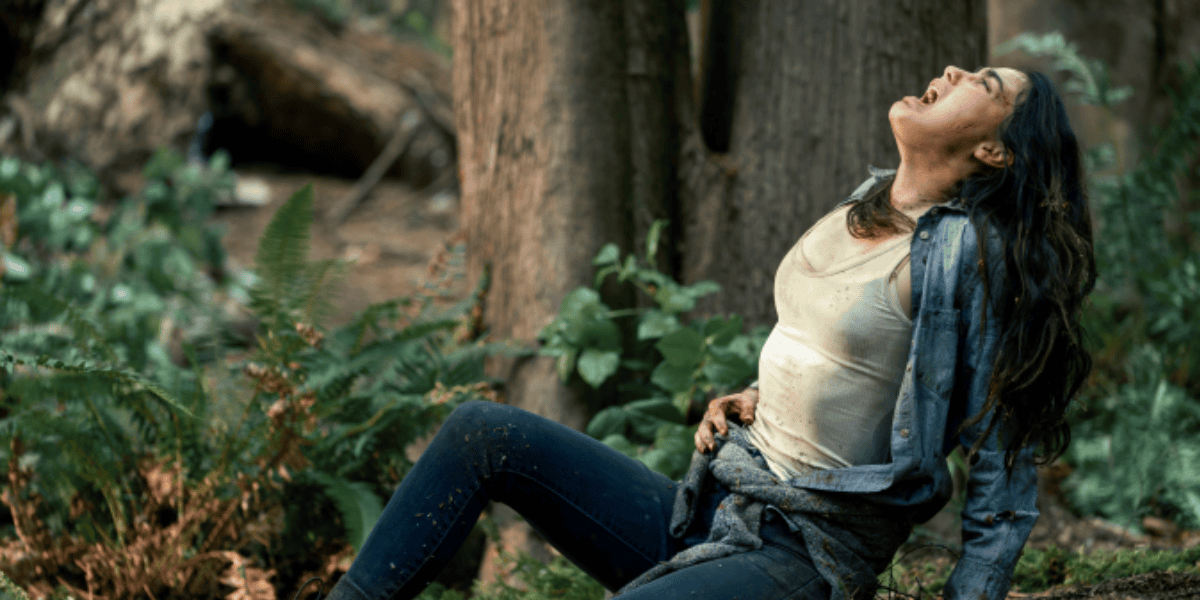 By interspersing its wilderness drama with montages that discuss facts about nature and humanity’s place within it, the show also loses its suspense. These facts, however, are hardly revolutionary—imagine discovering you need to boil water after observing a number of animals urinating in a body of water. The way the show portrays Liv’s mental process is unintentionally funny because it is more stupid than informative.

In addition, “Keep Breathing” incorporates a psychological thriller with flashbacks to Liv’s past, exposing a long history of both given and received emotional scars. Liv’s maniacal, artistic mother, who charms and mistreats her daughter before abandoning her, appears to be the primary culprit behind her trauma. Liv is reluctant to connect with others after some difficult chats with her father, perhaps especially when they provide genuine friendship.

The main idea of the show, that some people find it difficult to “keep breathing,” has some merit. It also makes it obvious that physiological research and survival drama would be combined; since there is no one else to talk to, it is only natural to go inward. And Liv does come to certain realizations: that while her mother’s actions were not her fault, she was accountable for her own; that love is important even when it can be painful; that her father was flawed; and that she is too.

But by linking the heroine’s mission to unintended pregnancy, “Keep Breathing” does the character a disservice. She fights to survive because of the fetus she is carrying.

She even takes out the ultrasound at really trying times and just stares at it. It is annoying and overused. Why is it that she can’t desire to live for herself? in memory of her father? to attain? to cherish her relationships with her boyfriend, her friends, and herself? Women are more than just empty uteruses waiting for a baby to complete them.

It seems both easy and absurd that the career-driven Liv would be so thoroughly upended—taking her first and incredibly unfortunate vacation because of a pregnancy. She should be more nuanced than that.

In fact, “Keep Breathing” avoids the complexity it creates. Mexican-born Melissa Barrera may have become a household name in the US thanks to Latinx films like “Vida” and “In the Heights.” Although we don’t see much of Liv beyond the fact that she is Latina, we do know that she is. Yes, Liv and both of her parents speak Spanish, but it’s unknown how much of the language she actually learned growing up with parents who spoke English most of the time.

This shortcut feels like a betrayal since in our community, who speaks what and how well is so politically charged?

Not to mention, Liv’s feelings about being one of the few Latinas in a competitive New York legal firm or how her predominantly white girl scout troop treated her aren’t even hinted at in “Keep Breathing.” Nothing is studied. 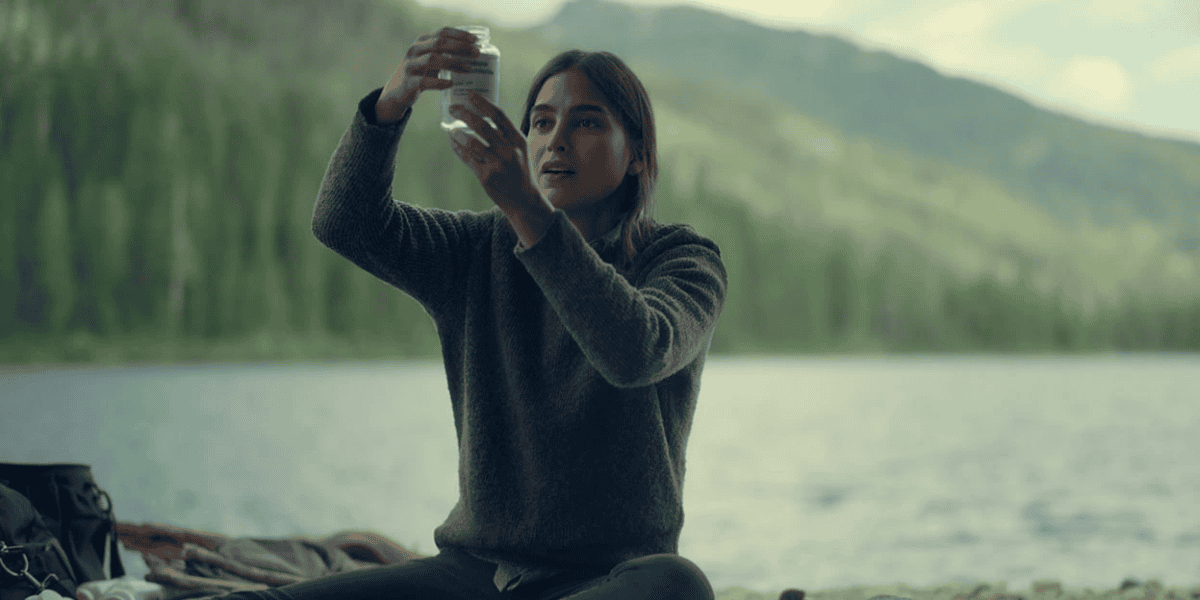 Which is unfortunate. Barrera has demonstrated she is capable of doing more complex work than “Keep Breathing” offers her, despite the fact that she is virtually constantly in the frame.

She effortlessly switches between charming and aloof in this production, giving Liv captivating humanity that isn’t wholly present in the writing. Barrera enhances her physicality from “Scream” by excelling in the body adventure portion of the program.

However, this is where both “Keep Breathing” and its audience genuinely fall short. The last third of the show turns into a body-punishment exercise as Liv sustains a slew of increasingly serious wounds.

The narrative’s obsession with punishing Liv at the end after largely preserving her for the first two acts verges on misogyny. The physiological development, survival lessons, and even wider links to the cosmos are all put on hold in favor of observing Liv deteriorate worse. There is no fun or overarching purpose to it. It is merely the spectacle of dismembering a strong woman.

It is especially frustrating for a show with so many positive aspects when the climax depicts Liv breathing her final breath since it is both obvious, overdue, and absurd. Unfortunately, “Keep Breathing” can’t seem to find out how to combine them all.

A review of the entire season is screened. premiered on July 27th on Netflix.