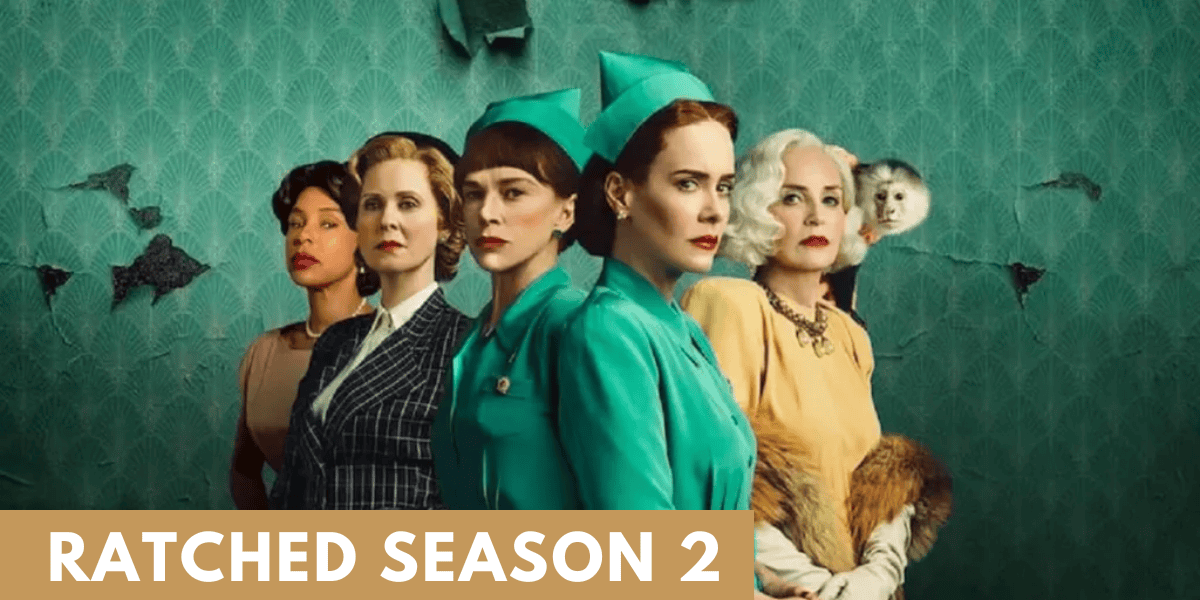 Although it was announced that there would be a second season, it is becoming more and more likely that Ratched Season 2 will never be produced.

As you may already be aware, Ratched was the third major Ryan Murphy production to debut exclusively on Netflix, and the streaming service has announced that the show will be returning for a second season. But now that the first season of Ratched has been available on Netflix for well over a year, and we’ve gotten next to no news about the show’s future, here is all we know so far about the upcoming second season of Ratched.

Sarah Paulson, Finn Wittrock, Cynthia Nixon, and Jon Jon Briones are some of the actors that have been cast in the role. Paulson usually works with Ryan Murphy on his plays. On September 18th, 2020, the first season of the show was made available, and it was met with acclaim from both audiences and critics.

The series has garnered a number of award nominations, including four Primetime Emmys; nonetheless, it is important to note that the series was expensive for Netflix to produce. According to various reports, the production of each episode of the show costs between $10 and $15 million.

The series is one of the Netflix Originals that has received the most views to date. Netflix revealed a number that stated that 48 million people had seen the episode in the first four weeks after it was made available online.

Nielsen ratings were made available for the title, and they reported a total of 972 million minutes being watched just in the United States.

The show’s performance can also be judged based on the top 10s, which provides us with additional information. Given that the series did not premiere until November of that year, the fact that it was ranked as the 10th most popular television show of 2022 by Flixpatrol is pretty surprising.

Netflix Has Renewed the Second Season of Ratched 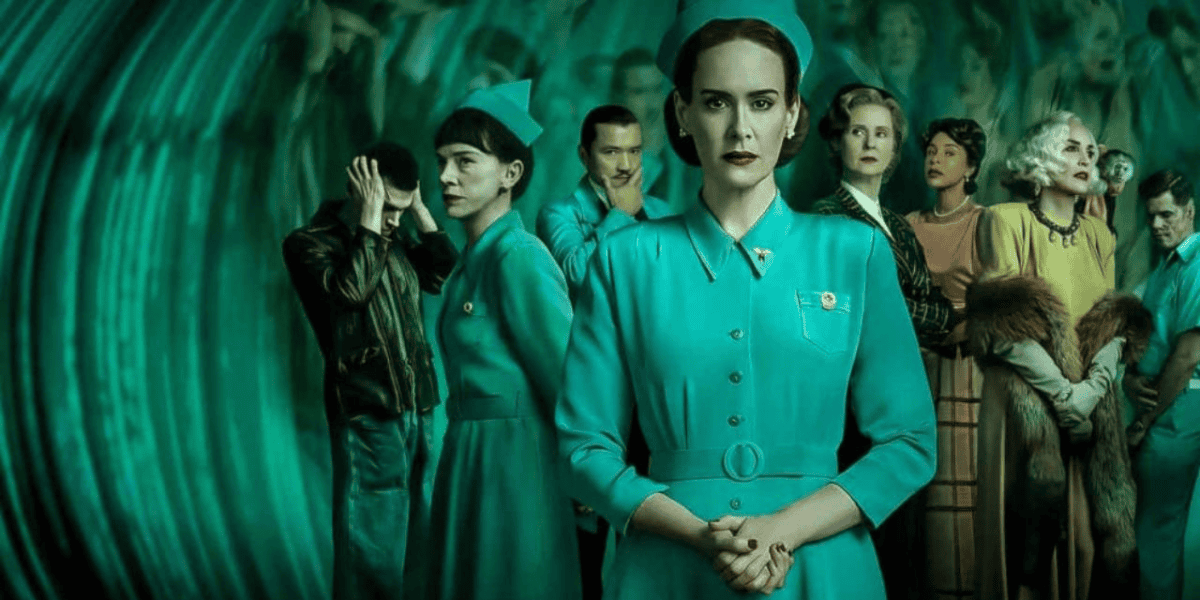 The show has at least eight additional episodes that were ordered before season 1 was released.

Ratched had a two-season first order when it was chosen by Netflix in September 2017. We received one episode more than was originally promised, so it deviates little from the original press release, but as Deadline notes, “Ratched scored a two-season, 18-episode straight-to-series order.”

Ratched was acquired by Netflix from the now-defunct Fox 21 Television Studios along with The Politician, which received an upfront order as well (although that season is already over and a third is not currently anticipated).

As you may be aware, Ryan Murphy collaborates with Netflix as part of a larger agreement, but Ratched isn’t strictly covered by that agreement (or indeed The Politician).

How Does Season 2 of Ratched Stack Up?

As you are surely well aware at this point, the conclusion of Ratched season 1 leaves viewers hanging on a tremendous cliffhanger.

Edmund Tolleson has nearly escaped the mental facility and is now meeting up with Charlotte and Louise before the three of them leave to Mexico; nevertheless, the question remains as to whether or not Edmund will return and finish the job.

After that, it is predicted by DigitalSpy that we’ll see a variety of relationships explored, such as the one between Ratched and Briggs and the one between Edmund and Charlotte.

There is still the question of whether or not the series will continue past the second season. In a conversation with OprahMag, one of the authors said, “We have an end game. There is a conclusion to the story in the cultural sense that we are familiar with, but very little information about Mildred Ratched is provided in either the film or the book. There is no information regarding her history. She is a solid block of stone. It’s almost as if she isn’t actually a human at all.”

However, as of right now, this is all speculation on the part of those who believe that the series will eventually come to an end when it crosses over with the movie that was produced in 1975.

Back in the year 2020, Sarah Paulson did an interview for The Wrap in which she discussed what we should anticipate from the upcoming second season and beyond.

In an Interview With an Independent Trade Newspaper, She Stated 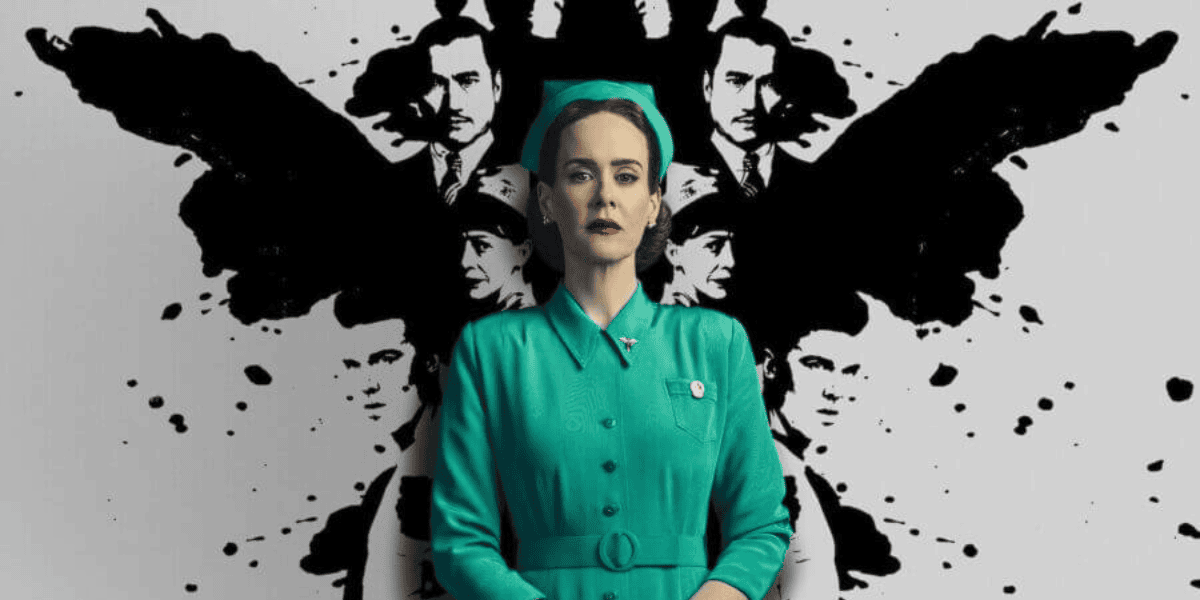 “… what you are probably going to see is a Mildred, who has now become even harder, because the thing that kept her soft was the part of her that was engaged in the love and the protection and the desire for absolution as it pertained to her brother. And now that that’s gone, I don’t know who she’ll become. But further and further away from her heart and her humanity, I can be pretty sure about that.”

The Wrap speculates about the future, saying

“Paulson says Murphy has told her the “goal” for the show — should the show continue beyond Season 2 — is to end up in the ’70s era that “One Flew Over the Cuckoo’s Nest” took place in.”

When Will Filming for Ratched Season 2 Begin?

A year after season 1 debuted on Netflix, no word on when or even where the show is in its development process has been given to fans.

As a result of the pandemic’s impact on productivity, it’s likely that scheduling is the most pressing issue…. Indeed, Paulson gave us an indication that the second season was a long time away when she said she didn’t expect filming to begin until the end of 2021 following the release of season 1.

Additionally, Disney has been aggressively halting any of their products from going to rivals and reacquiring shows. Several Netflix original series, such as the first season of The Defenders, was yanked from the library earlier this year, but perhaps more relevant to Ratched is the fact that a 20th television series, Soundtrack, which debuted exclusively on Netflix but was canceled after one season, was also removed earlier this year.

If Netflix were to shift Ratched to, say, Hulu, Disney would have to buy the rights back. We’ve been told that Netflix has exclusive licencing rights to Ratched for the next decade. Currently, the show is scheduled to end in 2030.

According to Cynthia Nixon, a member of the show’s cast in the summer of 2021, the show may not begin filming until early 2022. So far, it hasn’t been the case.

According to Cynthia Nixon, “Ratched” Season 2 might not enter production until Early 2022:

“There was some talk that it would be the end of the summer, the beginning of the fall. That would work well for me, but I’m also hearing maybe not be until January or February.” #Ratched pic.twitter.com/K8T2Tf41bB

As of early August 2022, Variety issued a brief statement to confirm that there is no new information.

When asked about the possibility of a second season of the show, Paulson said, “I’m not going to speculate on that,” Variety said.

As previously stated, Netflix has a long-term contract with Ryan Murphy. His Netflix-exclusive productions include 8 titles (excluding the 20th Television series) and close to 10 in development, including Monster: The Jeffrey Dahmer Story, The Watcher and Mr. Harrigan’s Phone.

It is expected that he would return to Disney when his contract with Netflix expires in June 2023, and he is widely expected to do so. Do you think it’s impossible that Disney gets Ratched’s rights and that season 2 will be filmed there? No one knows for sure yet.