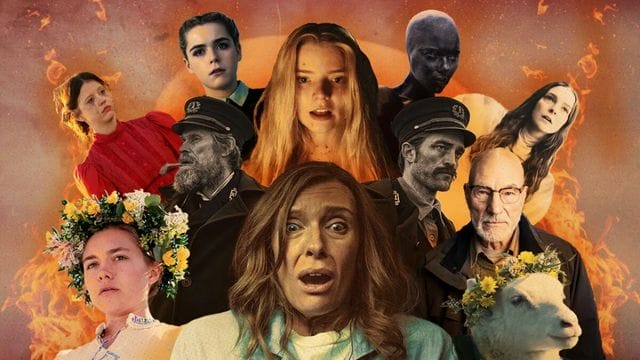 Movies like hereditary: Hereditary is the first feature film directed by Ari Aster, and it features a terrifyingly unique brand of horror. Having premiered at Sundance in the winter of 2018, it was released in the United States to immediate critical acclaim, even reaching a high score of 80% on Rotten Tomatoes, a platform traditionally unfriendly to horror films.

Hereditary is an extremely sympathetic picture despite its bleak subject matter, extended mourning scenes, and repeated stabbings. It aims to show the importance of family, the fragile web of circumstances that keep us connected to our loved ones, and the misery that underpins all good horror movies but isn’t always given this much depth.

There’s good news and terrible news for fans of Hereditary. Unfortunately, this movie is unique. There will always be a disconnect when trying to replicate the initial viewing experience because it is so singular and arresting. The good news is that you can find treasures that will spawn their own networks of related films simply by casting a glance down the horror aisle in search of anything comparable. It’s like trying to make sense of a jumbled family tree and then taking baby steps ahead and backward to reach your inheritance.

Black magic, possession, and witchcraft are all brought back to the year 1630 in The Witch. When members of the same family are exposed to paranormal forces, they tend to point fingers at one another. When their youngest child vanishes without a trace, they blame their eldest child, who is already under a lot of stress, and things spiral out of control from there.

There aren’t many truly terrifying moments, but the long buildup of anticipation makes everything terrifying. The film uses tried-and-true techniques, establishing a sense of mystery gradually before unveiling a terrifying series of turns. Even the most dedicated horror fans will find the film’s concluding moments in The Witch to be too much to bear.

In this fictional account, a widowed mother must learn to move on with her life after the loss of her husband. She first doesn’t trust her son when he says monsters lurk in every room. The complexity of his story, though, does not escape her notice for long.

Scare tactics aren’t the main focus of The Babadook. The horrible realities of existence, such as isolation, loss, and despair, are instead emphasized. These feelings are at the center of the story, which mixes terror with them to create a chilling effect.

We follow two young women as they spend their winter break at a secluded prep school. They accidentally call upon a demon while waiting for their parents to pick them up.

The Blackcoat’s Daughter is frightening without resorting to the conventions of the horror genre. Despite having all the horror aspects, it does a good job of gradually increasing the tension and suspense until the viewer is at the edge of their seat. A unique horror film that rewards close observation. If you don’t see them, none of the blood and gore happening around you will have any impact on you.

Watching the films that served as influences is a great method to have a deeper appreciation for the source material. A key inspiration for “Hereditary” was the 1978 thriller “Don’t Look Now,” directed by Nicolas Roeg (who also directed “The Man Who Fell to Earth” and “The Witches”).

The film stars Donald Sutherland and Julie Christie as a bereaved couple whose little daughter perished on the family property, and it was based on a short story by Daphne Du Maurier (the same Du Maurier whose literature was earlier turned by Alfred Hitchcock into “Rebecca” and “The Birds”).

The Hollywood adaptation of Dario Argento’s 1977 masterwork “Suspiria” is one of the most divisive examples of a remake in recent memory.

The groundbreaking original by Dario Argento cannot be understated. The film has maintained its justifiable reputation as a spectacular display of maximalist production design ever since its initial release. However, one may argue that Luca Guadagnino’s Call Me By Your Name remake is a superior, more frightening, and more narratively rich take on the same basic idea.

Related: Here are the Top 10 TV Shows Like Kaleidoscope to Watch in 2023!

If you can get past the 1-inch-tall barrier of subtitles, you’ll be exposed to so many more fantastic films, as South Korean filmmaker Bong Joon-ho famously said in his Golden Globes acceptance speech after “Parasite” won the prize for best foreign language film in 2020. Even in the realm of horror, he was dead on. 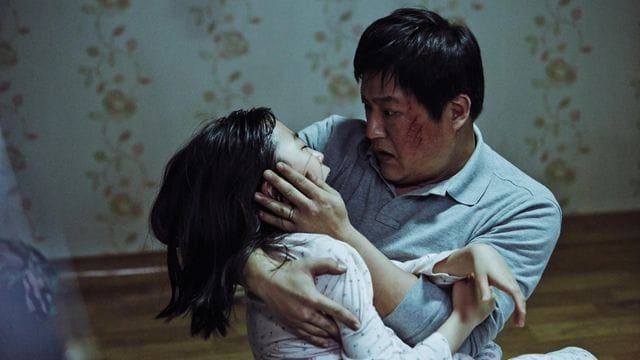 Similar to his previous masterpiece, “Hereditary,” Na Hong-“The jin’s Wailing” is a masterful piece of mystery and fear. The plot of this 2016 film revolves around the mysterious disease and violent outbursts that strike the villagers of a secluded Korean village after the arrival of a Japanese stranger. A local police officer’s family gets drawn into the investigation as the strange and terrifying plot thickens.

The Lodge, directed by Veronika Franz and Severin Fiala, begins with a jarring and distressingly intense prologue. After learning that her ex-husband Richard Hall (Richard Armitage) is about to marry a woman he met while studying a Christian sect that committed mass suicide, Laura Hall (Alicia Silverstone) takes her own life. His new fiancée Riley Keough was reared in the cult and is the sole member to have survived its collapse.

Shortly after his ex-wife passes away, he decides that his kids should spend some time with their prospective step-mom at their secluded winter lodge. It may have worked out if they had all left at once.

Hereditary was apparently inspired by Rosemary’s Baby, a legendary horror film from 1968, written and directed by Aster. Both movies share a distinct tonal resonance that bridges the decades and seems to speak to one another. Rosemary’s Baby is a film written and directed by Roman Polanksi about a young couple, played by Mia Farrow and John Cassavetes, who have just moved into a new apartment and are planning to raise a family.

When they arrive, they’re welcomed by friendly, though curious, neighbors, some of whom Rosemary begins to fear may not have her baby’s best interests at heart. Paranoia, the occult, and the disintegration of family ties are all explored in this film, just like they were in Hereditary. Those familiar with both films will also note some striking parallels in the films’ oddly conclusive conclusions.

9. The Killing of a Sacred Deer

Written and produced by Greek filmmakers Yorgos Lanthimos and Efthymis Filippou, this modern adaptation of an ancient Greek tragedy is so thoroughly unsettling that it is impossible to recommend it.

The cardiac surgeon reveals his family to the mysterious teenage boy he has befriended in secret because of his connection to the doctor’s past; nevertheless, no one can identify the youngster or determine the nature of their close friendship. When he brings the youngster home to meet his family, everyone gets sick. For anyone who had to pause Hereditary after the aforementioned sequence, the gradual and methodical distortion of the audience’s senses of violence leading up to the astounding simplicity of the narrative will feel very familiar.

Strange occurrences scare a widow and her photosensitive children into thinking they aren’t alone in their new home. When she confronts the distorted reality and accepts her past, she is forced to confront her terrible past and her entire existence is turned upside down.

I adore how uncomplicated things seem at first. As soon as you think you have things figured out, another unexpected turn comes along and takes you by surprise. The entire plot hangs on a thread from certain doom. It’s amazing how abruptly it shifts direction and speed. In store for you is the ultimate twist that will leave you gasping for air.

This film is a true gem that doesn’t need the glitz and glamour of Hollywood to succeed. Instead, it demonstrates that the absence of these elements strengthens the overall sense of immersion.