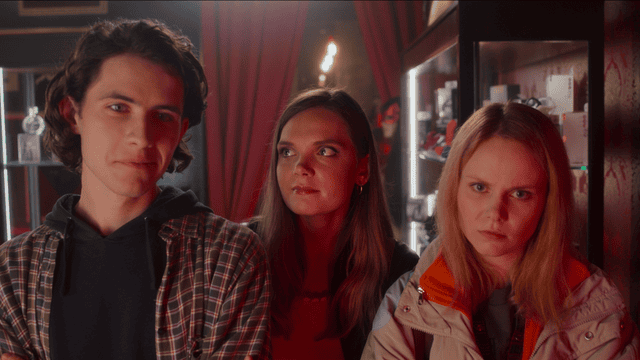 Who is Young Juvenile: Season 2 of “Sexify” confirms Young Juveniles as a primary draw for the Sexify and Sexiguy applications. That’s great news because it gives Natalia, Paulina, and Monika a chance to show how useful their app is for everyone.

Monika extensively promotes the app Sexify on a television show in an effort to get the word out to everyone in the world. In order to meet Young Juvenile, she appears on a late-night talk program. Monika boasts that she is a strong, self-sufficient lady who launched her app without help from her influential businessman father.

Monika is not pleased by the thoughts that the young Juvenile expresses about a strong, independent woman. She questions his identity right away and calls him out. A talk show host proclaims Young Juvenile to be Poland’s most popular hip-hop musician. In order to further advertise her app, Monika mocks Young Juvenile’s name, dismisses his feedback, and ignores his suggestions.

What is Sexify Season 2 About?

Directed by Kalia Alabrudziska and Piotr Domalewski, Sexify is a Polish sex comedy web series available for streaming. We watch as Natalia, a female computer science major, works with her pals Paulina and Monika to create an algorithm for the female orgasm. The main protagonists are played by Sandra Drzymalska, Aleksandra Skraba, and Maria Sobociska. The show’s first season premiered on Netflix on April 29, 2021, and featured eight episodes.

The premiere of the second season has been set for January 11, 2023. Given that it also uses an educational framework to broach the subject of sexuality, Sexify has been called “Poland’s response to Sex Education,” referring to a British Netflix show of the same name. Since the show reached Netflix’s top 10 in 80 countries, it has been hailed as a global phenomenon by the English-speaking press.

The relationship between young Juvenile and Monika

To put it bluntly, Monika and Young Juvenile are complete opposites. Even yet, Young Juvenile found a friend in her. Monika is forced to concede that the hip-hop artist is physically attractive.

They share a bed for the night. But despite Monika’s best efforts to move on from their one night together and concentrate on developing her software, Young Juvenile remains persistent in his pursuit of her. There’s chemistry between them, he can tell. 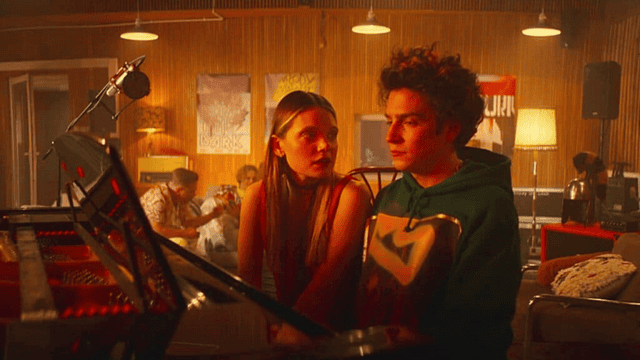 Monika turns to Young Juvenile for assistance as the release of Sexify is pushed back because of outstanding bills. She pitches Sexify to him and wants him to put money into it. Though he isn’t really enthusiastic about the software, Juvenile the Younger swiftly agrees to invest. In this, he reveals his lack of interest in Sexify.

He tells Monika that he loves her and that he thinks of her as his future bride. He tells her he is done with other women and that he wants to marry her. With the clarification that she needs money rather than a husband, Monika leaves.

How exactly can Young Juveniles help Sexify and Sexiguy?

As a result of Rafal’s plan to boost Sexify and Sexiguy’s user base, the females decide to take the app back from Debska. Monika approaches Young Juvenile once more to ensure that some individuals will download their apps.

Again, she stresses that they are not destined to be together. In turn, Monika explains the motivations behind her visit to Young Juvenile, and he shows due respect for her choice. As a gesture of goodwill, she asks him to play at her going-away party. The ladies’ app actually advertises free concert tickets for the upcoming Young Juvenile show.

Young Juvenile is the most popular artist in the country, and he has a large following among the country’s youth. People who hear about the concert end up downloading the app, therefore the tactic is successful. Debska hopes to debut the apps during the Warsaw Web Summit, where these industry insiders congregate. In this void, the young Juvenile will perform for you.

With Maks’s help, Natalia and Paulina are able to access the apps. The new match function in their apps is put through its paces, and it passes with flying colors. People in the crowd can use it to locate their sexual partners.

Related: “Maine Cabin Masters Season 9” Will Be the Final Installment!

After successfully demonstrating the updated functionality of their respective apps, the females make an offer to Debska. Debska’s refusal to cooperate resulted in the rapid removal of the apps. To apprehend Natalia and Paulina, Debska dispatches security personnel. At that point, Young Juvenile appears and begins playing for the crowd.

Later, with the help of Monika’s father, Marek, who intervened and challenged Debska, the girls were able to convince Debska to back down and let the matter drop. When the victory was finally announced, Paulina joined Young Juvenile on stage to celebrate.

Three college freshmen, Natalia (Aleksandra Skraba), Paulina (Maria Sobociska), and Monika (Sandra Drzymalska), all have their sights set on the best startup competition. They come up with the idea to make a sexual exploration software for women called Sexify.