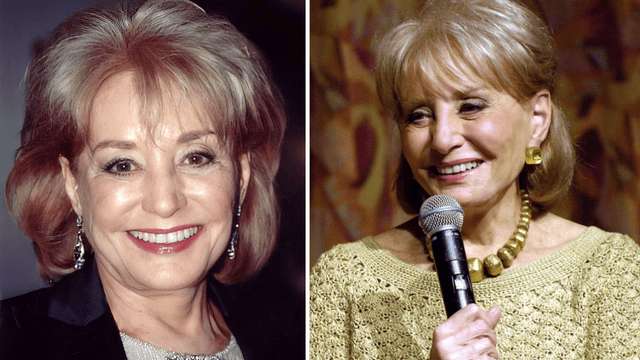 Who is Barbara Walters?

American journalist and TV host Barbara Jill Walters passed away in 2004. She was a host on several different shows, including Today, ABC Evening News, 20/20, and The View, and was well-liked by fans for her engaging interviews. From 1951 until her retirement in 2015, Walters worked as a journalist.

In the early 1960s, Walters began working for Today as a writer and segment producer focusing on issues of concern to women. Viewer demand resulted in her being given greater time on the show, and in 1974 she became the first female co-host of a nationally broadcast American news program.

In 1976, she made history as the first female co-anchor of a network evening news show when she joined Harry Reasoner on ABC’s The Evening News. From 1979 through 2004, Walters served as a producer and co-host for the ABC news magazine 20/20. Her ABC program, “Barbara Walters’ 10 Most Fascinating People,” which she hosted for many years, brought her fame.

From Richard Nixon to Barack Obama, Walters talked to every serving U.S. president and first lady. She also conducted interviews with Donald Trump and Joe Biden, though not during their terms in office as president and vice president.

At the time of her passing, Barbara Walters, an American journalist, novelist, and television personality was worth an estimated $170 million. As of the 30th of December, 2022, Barbara Walters had passed away at the age of 93. In her long and successful career, Walters hosted various popular TV programs like “20/20,” “The View” (which she also founded and produced), and “ABC Evening News.”

Walters joined “The Today Show” in 1961 as a writer and researcher; by 1974, she had become one of the show’s co-hosts. This pioneering journalist was the first American woman to co-host a news program and the first to co-anchor an evening newscast on a major television network. Barbara has written two books, “How to Talk with Practically Anybody about Practically Anything” (1970) and “Audition: A Memoir,” and is well-known for her yearly “Barbara Walters’ 10 Most Fascinating People” special (2008).

Read More: Who is The Wire Actor Domenick Lombardozzi?

After working for a modest New York advertising firm for a year, Walters moved on to a position as a publicist at WNBT-TV (now WNBC), the New York affiliate of the NBC television network. She worked with Roone Arledge to create a 15-minute children’s show called Ask the Camera in 1953. 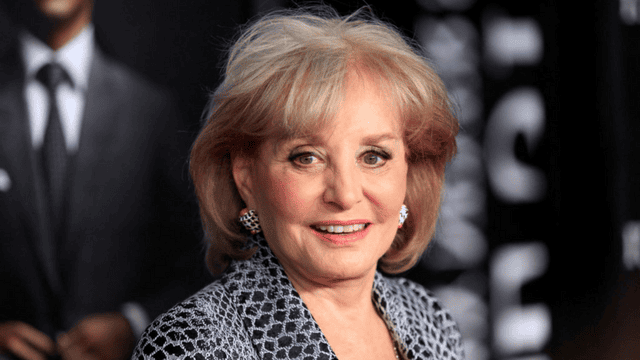 She also began working as a producer for the TV show Igor Cassini (Cholly Knickerbocker), but she eventually left the network when Cassini attempted to force her into marriage and got into a fistfight with the man she was seeing. Soon after, in 1954, she went to WPIX to produce the Eloise McElhone Show, which was later axed. In 1955, she was hired by CBS to work as a writer for The Morning Show.

Walters joined NBC’s The Today Show as a writer and researcher in 1961 after working as a publicist for Tex McCrary Inc. and a writer for Redbook magazine. She eventually became the show’s regular “Today Girl,” in charge of reporting the weather and other light duties.

She wrote in her autobiography that prior to the Women’s Movement, it was widely held that no one would take a female journalist covering “hard news” seriously. Florence Henderson, Helen O’Connell, Estelle Parsons, and Lee Meriwether were some of the earlier “Today Girls” (whom Walters referred to as “tea pourers”).

Within a year, she was developing, writing, and editing her own interviews and reports independently. “A Day in the Life of a Nun” was a very well-received film part. Another one described the typical activities of a Playboy Bunny.

What Was Barbara Walters’ Job?

The native of Boston has had an incredible career in journalism. In 1961, she began her career at NBC‘s The Today Show as a writer and researcher; by 1974, she was a regular co-host. To her credit, she made history as the first woman to co-host a national news program in the United States.

Walters made history again two years later in 1976 when she co-anchored an evening news program on a major network. Not only did she get a $1 million contract, but she also got a seat at the desk next to Harry Reasoner on ABC Evening News.

Elizabeth Taylor, Fidel Castro, Muhammad Ali, Richard Nixon, and Michael Jackson were just a few of the famous people Walters went on to chat with. Along with her work on 20/20, she is most recognized for her annual 10 Most Fascinating People program.

Walters developed, produced, and acted in the 1997 sitcom The View, which starred Meredith Vieira, Star Jones, Debbie Matenopoulos, and Joy Behar. In 2015, she left the panel for good.

The Overseas Press Club’s highest honor, the President’s Award, the Lowell Thomas Award for a distinguished career in journalism, the International Women in Media Foundation’s Lifetime Achievement Award, and New York Women in Film and Television’s Muse Award are just a few of the many accolades Walters has received throughout her illustrious career.

She also has a GLAAD Media Award, a Television Critics Association Award, and seven News and Documentary Emmys to her name. In 2000, she was honored with the Lifetime Achievement Award from the Daytime Emmys. Barbara was ranked #34 in “TV Guide’s” 1996 list of the “50 Greatest TV Stars of All Time,” and she was elected into the Academy of Television Arts & Sciences Hall of Fame in 1989. She also received a star on the Hollywood Walk of Fame in 2007.

Before divorcing in 1992, Barbara Walters was married to Merv Adelson, CEO of Lorimar Television, from 1981 to 1984 and then from 1986 until 1992. In the 1970s, Barbara dated Alan Greenspan, who would go on to become the chairman of the Federal Reserve in the United States in 1987. In the 1990s, she dated Senator John Warner.

After aortic valve stenosis and a defective aortic valve forced her to have open heart surgery in 2010, Walters took six months off from “The View” and her Sirius XM show, “Here’s Barbara,” to recover. Barbara’s operation went well, and she started working again in September at both of her previous places of employment. In 2014, she left both programs permanently.