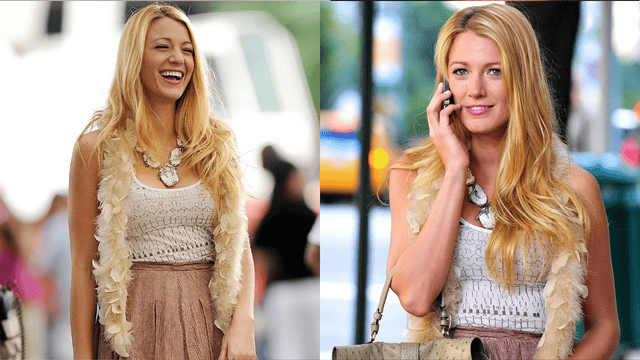 Gossip Girl is an American teen drama TV show that is based on a series of books by Cecily von Ziegesar with the same name. Josh Schwartz and Stephanie Savage made the show for TV, and it ran on The CW for six seasons, from September 19, 2007, to December 17, 2012.

The series is told from the point of view of the anonymous, all-knowing blogger “Gossip Girl,” and it’s about the lives of rich teens on Manhattan’s Upper East Side. Serena van der Woodsen is played by Blake Lively.

An American actress is Blake Ellender Lively. Lively was born in Los Angeles. She is the daughter of actor Ernie Lively and made her acting debut in the movie Sandman, which he directed.

When season 1 of Gossip Girl started, Blake Lively was 20 years old. Lively was cast in Gossip Girl, a show on The CW that was based on a series of books by Cecily von Ziegesar of the same name. The first episode aired in September 2007.

Lively had already put off college for a year, so she planned to turn down the role and go back to school. However, she was told that she could go to college part-time while filming the show. She later said, “This is advice to anyone: when they say, “We promise, but we can’t put it in writing,” there’s a reason they can’t put it in writing.”

She played Serena van der Woodsen on the teen drama show until it ended in 2012. In the November 2007 issue of CosmoGirl, which was her first magazine cover, she talked about her time in high school and her work before Gossip Girl.

What is Gossip Girl All About?

The show is about the scandalous lives of beautiful, privileged, and very wealthy teens who live in Manhattan’s Upper East Side (UES) and how they betray each other while being watched all the time by a well-known but cruel blogger. 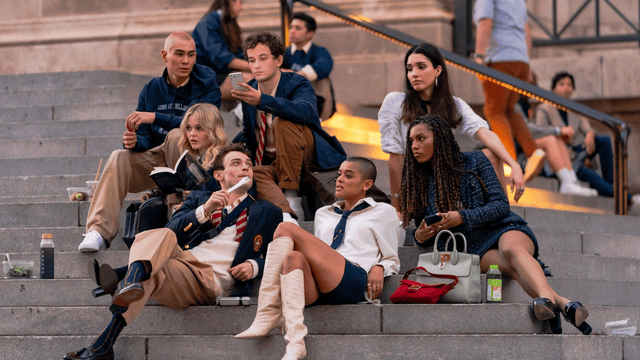 Gossip Girl’s popularity led to many adaptations in countries other than the United States. The show was nominated for a lot of awards, and it won 18 Teen Choice Awards. On May 11, 2012, the CW officially picked up Gossip Girl for a sixth and last season. The last season started on October 8, 2012, and ended on December 17, 2012. It had 10 episodes.

Which Was Blake Lively’s First Movie?

In 2005, the movie The Sisterhood of the Traveling Pants came out. Lively was nominated for a Teen Choice Award for “Choice Movie Breakout – Female” for the role she played.

In 2006, Lively was in the movie Accepted with Justin Long. She also had small parts in the horror movie Simon Says. The critics didn’t like Accepted, but Lively’s performance was so good that Hollywood Life gave her a “Breakthrough Award.” Lively played Anabelle, a bulimic girl who wanted to win a beauty pageant, in the movie Elvis and Anabelle.

Lively said that she had “lost serious weight” for her height to get into character for the role. She said that it was hard for her to do this because “food is my No. 1 love in life.” MovieLine.com said that she did a great job in the movie and that it was her “breakthrough role.”

Age of Zoya Lott as Zoya Peak In Gossip Girl!

One of the youngest Gossip Girl stars, Whitey Peak is only 18 years old. Peak was born in 2003, and her birthday is January 28.

Even though she is still a teenager, she is almost four years older than her character Zoya, who is a freshman and turned 15 in Gossip Girl episode 4.

In the show Gossip Girl, Emily Alyn Lind plays Audrey Hope, who is older than she is. So far, Audrey, who is 17 years old, has been seen dealing with her mother’s mental breakdown and living alone.

Lind, who is only 19, is the second youngest person on the Gossip Girl cast. In an interview with Harper’s Bazaar, Lind said that Audrey was from the wrong time.

She said, “Audrey likes things that are classic and old-fashioned… She is a big fan of the finer things in life, like old movies, Bette Davis, Lauren Bacall, and Audrey Hepburn.