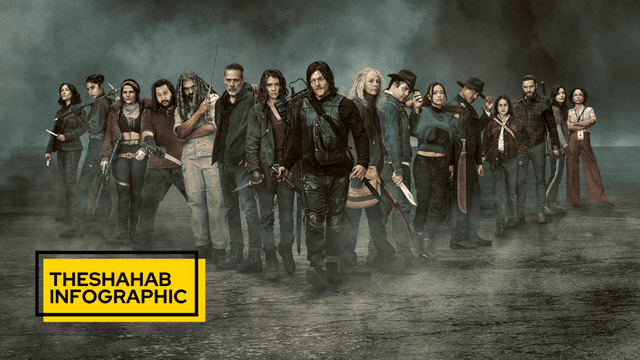 One of the biggest casts in TV history is The Walking Dead. When you think about how the show is supposed to be, it is always changing. Over the years, many people have come and gone, and only a few have stayed.

Some of these actors will even keep playing their characters after the show’s eleventh and final season ends later this year. Norman Reedus will play Daryl Dixon in yet another Walking Dead spin-off, and Lauren Cohan and Jeffrey Dean-Morgan will play Maggie Greene and Negan Smith again in The Walking Dead: Dead City.

Even the original lead actor, Andrew Lincoln, will be back as Rick Grimes. He will be reunited with Michonne, played by Danai Gurira, in a six-part series that focuses on their love story.