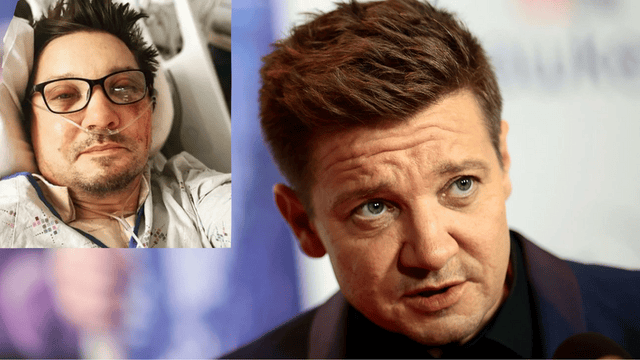 Jeremy Renner Accident: Star of the silver screen Jeremy Lee Renner was born in the United States. He got his start in smaller films like Dahmer (2002) and Neo Ned (2005) and has since had supporting roles in more well-known films like S.W.A.T. (2003) and 28 Weeks Later (2007).

On New Year’s Day, 51-year-old Jeremy Renner was plowing snow at his Lake Tahoe house in Nevada when he was seriously injured. He was rushed to the hospital.

Representation for the 51-year-old actor said he was in “critical but stable condition” at a hospital in the Reno region.

Who is Jeremy Renner?

American actor Jeremy Lee Renner. Renner was born to parents Valerie Cearley (née Tague) and Lee Renner, who ran the bowling alley McHenry Bowl in Modesto in the 1980s, in California. They tied the knot when they were young and eventually split up when he was ten years old. As the eldest of seven siblings, he became a new big brother at the age of 40 when his youngest sibling was born. His mother’s family roots are in Ireland. Even Renner has German roots.

At Modesto Junior College, he majored in computer science and criminology but switched gears after taking an elective theatrical course.

On day two after being rushed to the hospital, actor Jeremy Renner provided an update on his condition following a serious snowplow accident near his home in Reno, Nevada.

Thank you for the support, he wrote on his verified Instagram page on Tuesday afternoon. “I’m in too much pain to type right now. Nonetheless, know that you are loved.”

The Washoe County Sheriff’s Office in Nevada held a live-streamed press conference within minutes following Renner’s comments to provide an update on the situation with the Hawkeye actor. Officials were clear that they were treating the significant accident inquiry like any other. They are still talking to witnesses and going through evidence.

The personal vehicle of Mr. Renner, being driven by a family member, became trapped in the snow near his residence, according to our investigation,” Washoe County Sheriff Darin Balaam stated. “Attempting to get his vehicle rolling, Mr. Renner proceeded to collect his PistenBully [snowplow] or snowcat, an exceptionally huge piece of snow removal equipment weighing at least 14,330 pounds.

Apparently, Mr. Renner was last seen entering the PistenBully and then not seen again until the vehicle came to a stop in the snowdrift in front of his driveway. We have no reason to suspect Mr. Renner was under the influence; at this time in the investigation, we view this as a tragic accident.”

As with any significant investigation, he said the sheriff’s office now has the PistenBully and is analyzing it to see what happened and rule out possible causes, such as a mechanical breakdown or whether the machine was intended to be in the park. He repeated several times that they have no reason to suspect foul play.

Following the accident, Renner was evacuated to the hospital, where he needed two surgeries. Balaam mentioned that it took longer than normal for first responders to reach him due to the weather. Critical but stable was how his status was described on Tuesday.

Apparently, Renner is in decent enough shape for Balaam to report that he spoke to the emergency crew. He also vouched for Renner, saying the latter was a “wonderful neighbor” for clearing the snow from the residential street.

Balaam mentioned Renner’s status as an honorary deputy sheriff for the county on Tuesday when a member of the media inquired about the actor’s standing in the region.

Thus, “in 2019, when I became official, he arrived…” This is what Balaam proclaimed. “He makes a big impression, both on young people and on Marvel’s bottom line. Our kids will never forget the time he spent with them at the charity event Shop with the Sheriff, where he made a personal appearance to spend time with them as they shopped.

He was really kind to us during our time there and made a big impression on the children he showed the film to since he engaged with them. And he is one of those people who, I can assure you, has had a profound effect on this city without anyone seeing it.”

In what way did Jeremy Renner’s accident happen?

Balaam said that Renner had been killed when his snowcat rolled away from him while he was out of the driver’s seat. His attempt to re-enter the snowcat resulted in an injury.

When was Jeremy Renner’s accident?

The incident occurred on January 1st, the morning after three feet of snow fell in the mountains surrounding Reno the night before. On Sunday morning, a member of Renner’s family was driving the actor’s personal vehicle when it became trapped in the snow on a route not far from his house.

Did Jeremy Renner get into a car crash?

Mast said in a statement to CBS News on Monday that Renner had surgery for “blunt chest trauma and orthopedic injuries” sustained in the crash. After the procedure, Mast claimed he remained in the ICU for further care.

Do we ever find out if Jeremy Renner has hearing loss? During a press conference for the film Hawkeye, Jeremy talked about his own hearing issues and portrayed those on-screen with ComicBook.com’s Brandon Davis. To which I replied, “That’s a big part of my life,” he remarked. Even though I have hearing loss, I am not deaf.