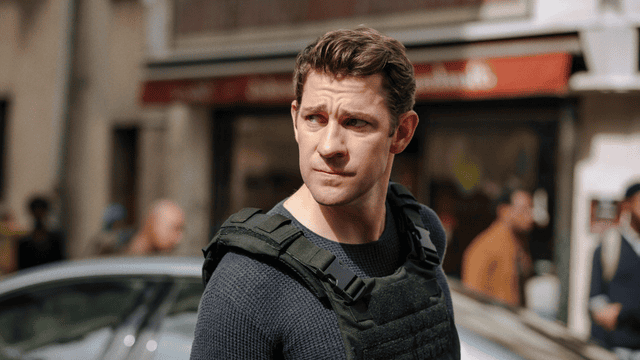 It is based on characters from Tom Clancy’s fictional “Ryanverse” series. Carlton Cuse and Graham Roland came up with the idea for the show. Amazon renewed the series for a third season in February 2019, which will be broadcast on December 21, 2022.

In this article, we will give a glimpse of Tom Clancy’s Jack Ryan Season 3 Review. So we will just recommend you all go through the entire article and you will find all your answers.

Ryan is currently working as a spy in Rome and engaging in his normal spy hijinks. Part of this involves being physically ejected from a location he shouldn’t be, but he brushes himself off and prepares to make a presentation about the “Sokol Project.” While it is less contrived than the one he used to defend the plot in Season 2, it is still difficult to accept seriously.

According to Ryan, this word refers to a scheme to rebuild the Soviet Union. Those who have even a cursory knowledge of history know that this is a fictional element created by the show to add drama. Just as Ryan finishes his presentation, he begins to receive word that someone is attempting to relaunch this initiative.

Together with CIA Officer James Greer, portrayed by the always reliable Wendell Pierce, he must now attempt to put together what is occurring. However, after one of his missions ends in failure and he is falsely accused of treason, Ryan finds himself on the run. Therefore, he will have to operate clandestinely to avert what he worries could lead to a global war.

Read More: Babylon Review: Is It Worth Watching Movie or Not?

Various performers have been assembled for this season to provide the sporadic moments of intrigue that do occur. In addition to the aforementioned Pierce, there is also Michael Kelly as their old colleague Mike November, who would make a great buddy flick on their own.

Beyond them, there are a number of additions that attempt to give the narrative something resembling an emotional core. First among them is the unused Nina Hoss as President of the Czech Republic Alena Kovac, who becomes entangled in the issue.

However, this standard is relatively low and necessitates grading on a curve that strains one’s critical integrity to an unacceptable degree. At its finest, it contains amusing filler that may occasionally cause you to sit up slightly in your chair.

Still, without passion for the details to propel it beyond that, it primarily consists of a cycle of recurring conspiracies. In spite of the conclusion’s efforts to express more, it arrives far too late. It’s not that Jack Ryan ever held back, but rather that he never truly attempted to swing that hard, to begin with. Watch the trailer below which make you curious about watching the series.

Read More:  Christmas on Mistletoe Farm Review: Should You Watch the New Christmas Movie on Netflix?

When evaluating a program, everyone considers its rating. Usually, the best way to determine if a show will continue airing is to examine its performance in the ratings. As your position improves, so do your chances of succeeding. The show has an IMDb rating of 8.0/10 and a Rotten Tomatoes audience rating of 67%.