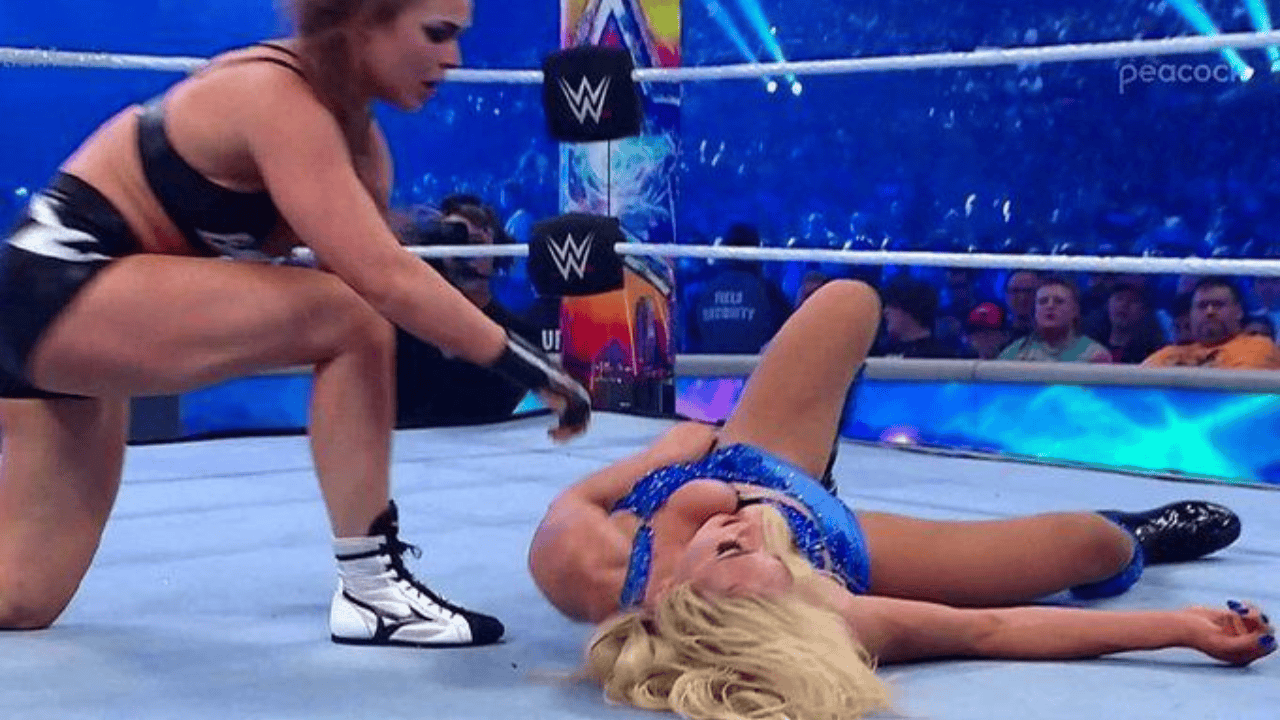 How Charlotte Caused Havoc With Flair Nip Slip in WrestleMania 38?

At WrestleMania 38, Charlotte Flair once again caused havoc with her infamous in-ring attire. The match she was intended to headline on Night One looks to have been marred by at least two instances of her exposing herself.

Charlotte Flair successfully defended her title against Ronda Rousey, the winner of the Women’s Royal Rumble Match in 2022, at WrestleMania 38. There was a split opinion among spectators on whether or not the contest lived up to its potential. Particularly disappointing was the subpar quality of the finish.

The fans, though, weren’t interested in talking about the same things over and over again; rather, they were focused on a couple of specific occasions.

How Charlotte Caused Havoc With Flair Nip Slip in WrestleMania 38?

While laying on her back in the ring, Flair’s left breast slipped out of her blue top, causing a nip slip. Fans shared captures of the NSFW scene on social media, despite the broadcast going dark temporarily to protect Flair. 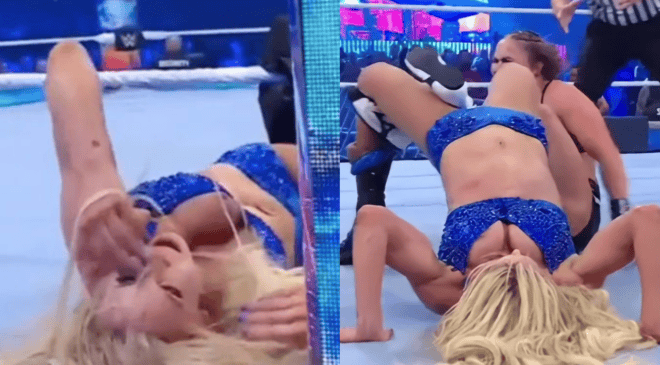 It’s interesting that WWE didn’t bother to turn off the feed, because it’s still viewable for a while. After that, Rousey’s nipples were exposed once more when Charlotte Flair bridged into a Figure Eight leglock. Following the conclusion of the match, photos and videos of both moments quickly became online sensations.

Also Read: How Much Is WWE Star Triple H Net Worth After Retiring From Wrestling?

After delivering a devastating kick to Rousey’s face, the 35-year-old finished the contest by pinning the former UFC star to make history as the first female to win four consecutive WrestleMania matches. Flair, who has not yet commented on the situation, celebrated her victory by posting a photo of herself with the Smackdown title belt on Instagram.

“At all cost,” she captioned the photo. She repeated the exact statement in a postgame interview.

“This is my show, my division. [Rousey] thought she was going to walk out with my baby, out of the AT&T Stadium, where I made the inaugural the Raw Women’s championship famous. No, I don’t think so,” Flair said while holding her championship belt.

EXCLUSIVE: @MsCharlotteWWE showed EVERYONE why she is still #SmackDown Women's Champion AND Ms. #WrestleMania! pic.twitter.com/5VZirliXLb

“I said I was going to win at all costs. I don’t care how I win, but I won. I retained. I’m still the Smackdown Women’s champion.” WrestleMania 38 took held on Saturday, and her father, WWE icon Ric Flair, was there.

“I Couldn’t Be Prouder Watching @MsCharlotteWWE LIVE at #WrestleMania! WOOOOO! ” Flair posted the tweet from inside Arlington, Texas’ AT&T Stadium.

Must Read: Roger Sexton, a 76-year-old Former ‘survivor’ Contestant, Has Passed Away!

Charlotte Performance in the Match

Flair made her ring debut in 2012, and since then she has gone on to win the SmackDown Women’s Championship multiple times.

Flair accidently speared the referee, Charles Robinson, during the battle that she was having with Rousey. This rendered him unable to defend himself when Flair gave Rousey the frantic taps of submission, rendering that manoeuvre unnecessary. 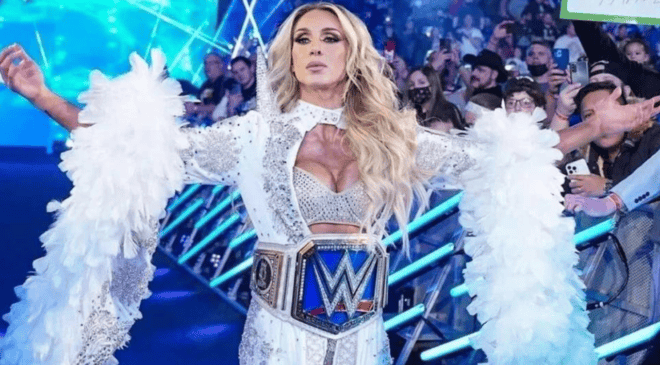 Because of Flair’s victory, Rousey’s previously unbeaten streak in singles competition since her WWE debut in April 2018 came to an end. Rousey had previously only ever been defeated twice.

After an absence of three years from the cage, Ronda Rousey competed for the first time since her return in January of this year. She was able to punch her ticket to WrestleMania by winning the women’s version of the Royal Rumble match.