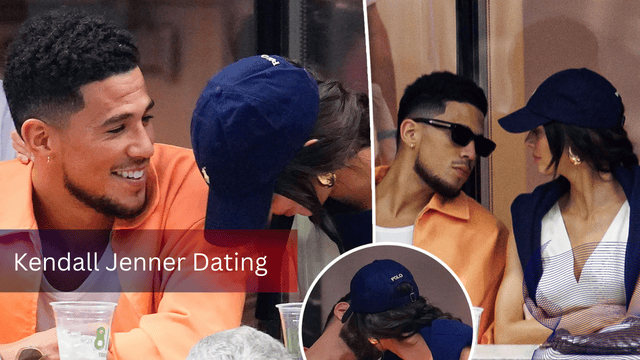 “My Ideal prom date would have to be cute, funny, sweet, and nice”

– According to Kendall Jenner

Kendal Jenner was best known for Modelling, being a T.v Personality, or an actor. Jenner was born on 3, November 1995 in Los Angeles. Kendal started his career as a model, whereas in an interview she stated ” I have a passion for modeling and I love to do it”.

And finally, She got her First Modeling job as a Racker Babe with a twisted campaign for forever 21. From December 2009 to January 2010. Kendal is a millionaire and has a 45 Million dollars Net Worth.

Although let’s move forward to the main topic which brought you guys here. So, keep scrolling to know Kendall Jenner’s dating and when she was first acquainted with the lucky man in her life. 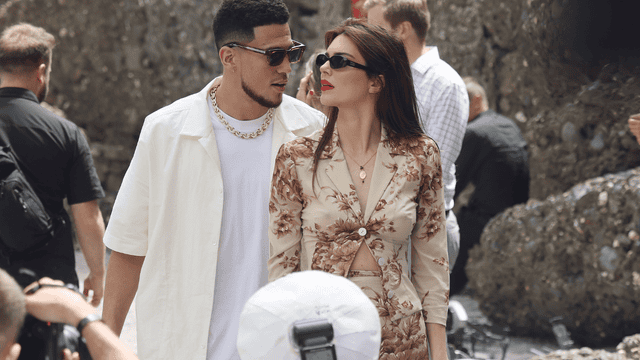 Kendall Jenner is in a relationship with an American professional basketball player, named Devin Booker. Well, Devin was born on 30 October 1996 in Grand Rapids, Michigan Devin has a Net Worth of 30 million dollars.

“A relationship is only meant to be between two people, and the second you make it the world’s business is when it starts messing with the two people mentally,” Kendall Jenner said. “Like once everyone is let in, you’re letting all these opinions into your relationships, and I don’t think that’s fair.”

kendall Jenner was first acquainted with Devin booker on a road trip to their sweet Instagram tribute.

Afterward, in May 2018 Jenner’s first spotted on a double date with other people.

Everything between Jenner and Devin was going smoothly but sometimes their relationship become fizzled. later in the year 2019, Kendall Jenner’s relationship with Devin faded before she caught him kissing Kim Kardashian, boyfriend Trishan at a party.

In 2019, Jenner finally revealed his ups and downs in a serious relationship with Devin  in an interview with Vogue Australia,”

Later, in November 2022, according to the speculations they broke up because of a lack of communication between both them and also due to their busy work schedules.

Once in an interview, Jenner stated,

” She and Devin have many mutual friends and we are only friends.”

Whereas in August 2020, Kinner and Davin went for dinner together along with her sister kylie at the Nobu Restaurant in Malibu, California. And it was a family affair or they enjoyed being together after a long time.

Later, in September 2020 Kinner and Davin enjoy the lake life with the prominent singer Justin and Hailey at the Gozzer Ranch Golf and lake club.

Both Kinner and Davin are very happy in a relationship well, some ups and falls are part of life.

Kendall Jenner was in a relationship with many handsome boys. Note, instances for the following are. In the year 2011-2012, Kendall Jenner dated Ryan Nassif, then she moved on and started dating Julian Brooks in 2012-2014.

later in the year 2013-2016, Kendall was again in a relationship with a handsome man name Hary Styles.

Furthermore, in 2016-2017, Kendall was attracted to Asap Rocket and started dating him. Last but not least Kendall Jenner was in a relationship with Ben simons in the year 2018-2019. While having a toxic relationship, then they broke up.

And now onwards she is dating an American Basketball Davin since 2019 to till date.

There are some interesting facts regarding Kendall Jenner, then have a look at them below.