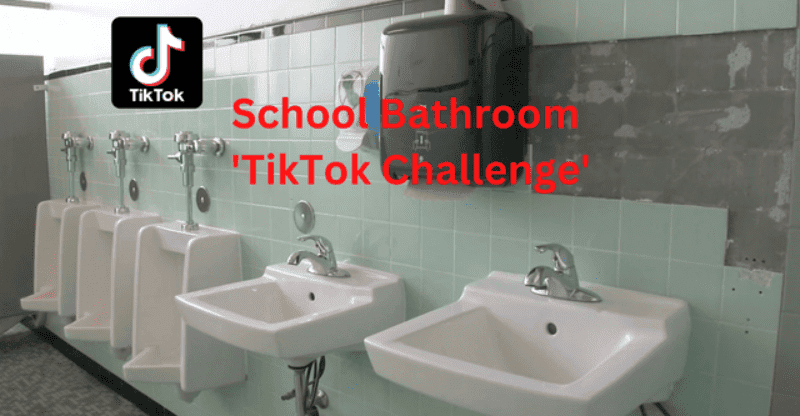 The damage is clear in school bathrooms all over the United States, whether it’s stolen urinals, broken floor tiles, or missing soap dispensers.

It’s called “devious licks,” and it’s the latest thing to go viral on the social media app Tiktok. Middle school, high school, and college students damage school property, usually bathrooms, and then post pictures of the damage on the app.

TikTok quickly put an end to the trend by removing a lot of the videos from its platform.

Now, if you look for “devious licks” on the app, TikTok says, “No results found.” This phrase might be linked to content or behaviour that goes against our rules. TikTok’s main goal is to help people have a safe and fun time. Please read our Community Guidelines for more information.”

“We expect our community to stay safe and create in a responsible way, and we don’t allow content that encourages or makes it easier to do illegal things.” A TikTok representative told CNN, “We are removing this content and redirecting hashtags and search results to our Community Guidelines to discourage this kind of behaviour.”

People have also posted the videos on other sites.

A quick search on Twitter turned up a lot of “devious lick” videos in which people stole a school bathroom sink and other items.

Some Bathrooms Are Partially Shut Down

Some schools are responding by restricting access to restrooms for long stretches of the school day.

Phyllis Fagell, school counsellor and author of “Middle School Matters: The 10 Key Skills Kids Need to Thrive in Middle School and Beyond-and How Parents Can Help,” cautions that the policy’s good intentions may backfire.

Fagell added, “I have a lot of empathy for administrators who are dealing with this conduct,” but she cautioned against punishing all children for the actions of a few.

She also mentioned that a simple measure of respect is letting pupils use the restroom at their convenience. “If adults want children to respect them, they must respect children themselves.”

According to John Duffy, a clinical psychologist and family therapist in Chicago, blocking the bathrooms for parts of the day could worsen the social anxiety of some youngsters.

When asked about his clients, he replied, “Some of my socially anxious clients opt to suffer substantial discomfort rather than disrupt a teacher in class to use the restroom because of fear of social attention.” Many children will feel concerned if they are unable to use the restroom whenever they need to, he said.

CNN has contacted Shakopee West Middle School, one of the schools that partially closed their restrooms, in Shakopee, Minnesota, but has not yet heard back.

Why Are Students Vandalising Schools?

Tweens and teens are prone to peer pressure and are trying to figure out where they belong in socially, according to Fagell.

Middle school adolescents, in particular, are yearning for acceptance and may make rash mistakes in order to fit in, according to Fagell. She stated that they are more prone to impulsive conduct because their prefrontal cortex, the area of the brain responsible for rational reasoning, isn’t fully matured yet.

There Was a Viral TikTok Car Crash Challenge. The Effects Became Lethal This Week in Buffalo!

Several boys have been brought to Duffy by schools for vandalism in the last year, according to Duffy. One of the pupils who wrecked a bathroom admitted that he didn’t want to do it but caved in due to peer pressure.

“He recognised it was terrible,” Duffy said, “but he was dared to do it by a group of classmates at a party, a group he desperately wanted to be a part of.”

What Can Parents Do?

It’s critical for parents to be aware of social media trends like “devious licks,“ therefore Duffy advised parents to discuss their children’s social media habits with them.

If parents are nonjudgmental, their children will most likely inform them about the latest trends, giving parents the opportunity to prevent their children from making significant mistakes, he said.

Because children’s problem-solving talents aren’t fully developed, Fagell suggests that parents act as role models and accompany their children through the process.

She suggested that parents explain some of the negative effects of vandalism at school and provide counter-examples for why students should do the right thing.

The power of disappointment should not be underestimated by parents. “It’s vital that parents express how disappointed they would be if they received a call stating, ‘Your child has done something to vandalise the school,'” Fagell said. 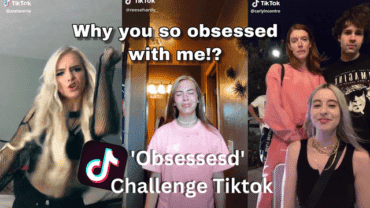