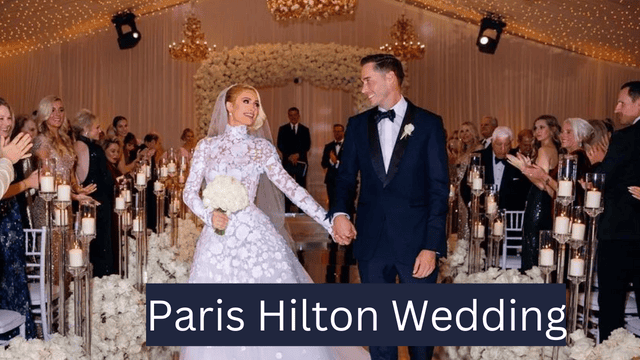 An American model, businesswoman, socialite, TV personality, actress, singer, and DJ by the name of Paris Hilton. She recently made headlines for getting engaged to Chris Zylka, who gave her a $2 million engagement ring that is now being guarded by bodyguards.

Paris Whitney Hilton was born in New York City on February 17, 1981, to businessman Richard Hilton and socialite Kathy Hilton. Of her four siblings, including well-known socialite Nicky Hilton, she is the oldest. The man who founded Hilton Hotels, Conrad Hilton, was her great-grandfather (on her father’s side). 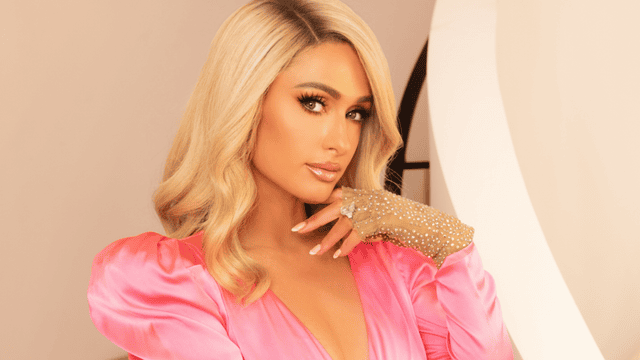 The family rotated between a suite in the Manhattan Waldorf-Astoria Hotel, the Hamptons, and Beverly Hills on a regular basis. She was raised in a close-knit group of friends that included Kim Kardashian, Nicole Richie, and Ivanka Trump.

The family was frequently invited to Michael Jackson’s concerts because they were close friends. When she was 15 years old, she enrolled in the Professional Children’s School and then spent a year at the Provo Canyon School for emotionally disturbed children. Later, she obtained a GED.

Paris has launched numerous different businesses over the course of her career and has been successful in doing so. She began modeling when she was young and quickly rose to the status of a socialite. At the age of 19, she joined Donald Trump’s modeling agency, and in 2003, she started to diversify her career by working in television.

Paris has enjoyed great career success as a singer and businesswoman in addition to modeling and television. She established a lifestyle company, and a line of hair extensions, and has written several books.

According to celebritynetworth, Paris Hilton is a socialite, model, actress, and businesswoman who was born in New York. She has a $300 million dollar net worth as of this writing. The founder of the Hilton Hotel chain, Conrad Hilton, is Paris Hilton’s great-grandfather.

However, Paris Hilton has made her own fortune through a highly lucrative endorsement and product empire that is especially well-known abroad.

The fairytale wedding of Paris Hilton to Carter Reum was as extravagant and star-studded as we had anticipated. Paris Hilton is now legally wed. In front of her loved ones and close friends, the DJ and businesswoman wed her venture capitalist fiancé yesterday (November 11) in a stunning Bel-Air ceremony.

On her website, Paris wrote about the momentous occasion, “I finally got to kiss my Prince and begin the happily ever after I’ve been dreaming of since I was a little girl.” It truly was a fairytale wedding. 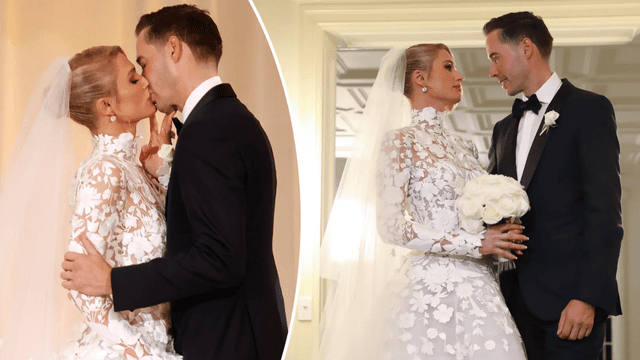 Paris, staying true to her roots as a reality star, documented every step of the wedding planning process for her new 13-part show Paris in Love, which debuted on Peacock on Thursday.

The heiress has already shared a tonne of jaw-dropping details about her nuptials (yes—there was a caviar bar), and viewers will have to tune in each week to see how Paris planned the extravagant event in real-time.

Related: Bader Shammas Net Worth: Any Details on His Wedding?

Here is everything we know about Paris and Carter’s stunning wedding, from her exquisite designer attire to the guest list that was jam-packed with A-listers.

We’ve said it before: When it comes to weddings, Thursday might just replace Saturday. Like many recent brides, Paris chose a Thursday for her wedding, following the trend of weekday weddings. The heiress, however, had a very special reason for picking her wedding date, according to Vogue.

According to Paris, “11:11 has always been my favorite time of day.” It’s my way of reminding you to believe in miracles and to make a wish. Carter and I hold this date dearly because it symbolizes our love story, which we both knew was meant to be.

The bride also selected the auspicious date because 11:11 Media, her new media company, had just recently been launched.

During her opulent nuptials, Paris wore not just one, but four different custom designer gowns. She decided to wear a specially made Oscar de la Renta gown for the ceremony. She wore a long-sleeved gown by Oscar de la Renta with a high neck and gorgeous floral embroidery and a matching embroidered veil.

Paris told Vogue, “We spent months perfecting my dress with the amazing Oscar de la Renta designers, Fernando Garcia and Laura Kim.” “I adore the final result. I am overjoyed because I wanted something timeless, elegant, chic, and iconic.

Paris and Carter had quite a few VIPs on their guest list, as was to be expected. As well as her famous parents and Real Housewives of Beverly Hills co-star Kathy Hilton, her famous aunt Kyle Richards, and her famous father Richard Hilton were all presents.

Her cousins Farrah Aldjufrie and Brooke Wiederhorn, as well as Carter’s sister Halle Reum Hammond, served as bridesmaids, and her sister Nicky Hilton, her sister-in-law, served as maid of honor.

Paris’s late grandfather Barron Hilton once owned a Bel-Air estate, where the wedding ceremony and reception were both held and both planned by renowned celebrity wedding planner Mindy Weiss.

Paris and Carter had their first look after getting ready with their bridal party, and it brought them both to tears before their ceremony. She recalled, “It was a Cinderella moment and I knew I found my true love.” “I had a glam refresh after,”

“Instead of riding into the sunset, we attended our version of a ball,” Paris recalled of the couple’s lavish reception after they said, “I do.” According to People, guests sipped champagne and dined on small plates like oysters Rockefeller, tuna tartare, and a caviar station.

The decadent menu was topped off with a five-tier wedding cake from Joanie and Leigh’s Cakes.

Paris Hilton was born in New York City on February 17, 1981. She has a $300 million dollar net worth as of this writing. Her great-grandfather is Conrad Hilton, the founder of Hilton Hotels. Paris Hilton married Carter Reum yesterday (November 11) in a lavish ceremony. Paris chose a Thursday for her wedding.

Which Networks Carry The NFL Broadcasting Rights for 2023?