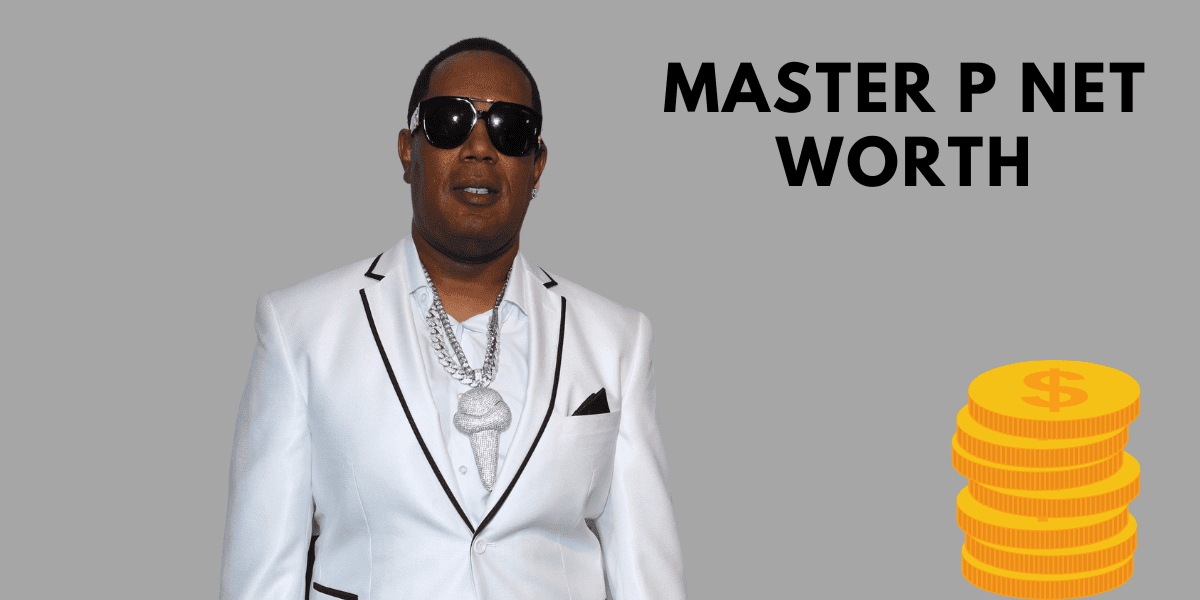 Percy Miller was given the name Master P on April 29, 1970, and he was born in New Orleans, Louisiana. Although New Orleans is known for its music, it is possible that it is not the kind of music that he would go on to compose.

He spent his formative years in the city’s Calliope Housing Projects. He was one of four children in his family, including two brothers named Vyshonne and Corey who would later become prominent rap artists under the aliases Silkk The Shocker and C-Murder. He was the youngest of four children. When he was a student at Booker T. Washington High School and Warren Easton High School, he was a dedicated basketball player, and as a result, he was awarded a scholarship to play basketball at the University of Houston. However, this only lasted for a brief period of time, and after his freshman year, he decided to enroll in the business program at Merrit Junior College in Oakland, California.

Because Master P has worked in so many different fields, it is difficult to choose just two or three of his accomplishments to highlight. His wealth is the result of several varied streams of income, including his job as a rapper, an entrepreneur, and even an actor on occasion. These activities have contributed to the accumulation of his net worth.

After the passing of his grandfather, he came into an inheritance of $10,000 while he was still residing in Oakland. He used the funds to establish a record shop, which he named No Limit Records.

After gaining an understanding of the musical preferences of his clientele, he made the decision in 1990 to develop the store into a record company. His very first release was an EP in 1990 called “Mind of a Psychopath,” which was exclusively available on tape. This was released under the name The Real Untouchables, which is sometimes reduced to simply TRU. The Real Untouchables is a supergroup that includes two of his brothers. In the same year, Kevin, Master P’s other brother, was gunned down in New Orleans.

Since the release of his debut album, Get Away Clean, in 1991, Master P has continued to compose and release music on a consistent basis. His reputation in the underground gangsta rap scene increased as a result of the publication of a few additional solo albums as well as collaborations with TRU.

In 1995, he made the decision to relocate the record label to New Orleans, which is where he remained to continue building his business. Since then, he has released a number of albums, each of which has seen a different level of popularity.

Mr. Ice Cream Man and Ghetto D are two of the more well-known albums that were published during this time period. Ghetto D is notable since it is the album that features the rapper’s most famous track, “Make ‘Em Say Uhh! Ghetto D was certified triple platinum after its first week of release, which saw it sell more than 260,000 copies.

In 1998, the critically acclaimed CD MP Da Last Don was made available for purchase. Even more quickly than Ghetto D, the song sold over 400,000 copies in its first week, propelling it to the top spot on the Billboard charts in its very first week of release. In the same year as the album’s release, Master P also released a film to accompany the project.

Game Face was the eighth studio album that Master P released in the year 2001. In 2004, he came out with his eleventh studio album. In 2005, Master P and his son Lil Romeo established the independent record company Guitar Music and simultaneously released an album that was devoted to the people who had lost their lives as a result of Hurricane Katrina. 2007 saw the debut of their joint studio album, which went on to sell 32,000 copies around the globe.

After that, Master P worked with other artists, recorded music, went on tour, and continued to release mixtapes on a yearly basis. The month of January 2017 saw the release of his sixth mixtape produced in collaboration with his group No Limit Boys titled We All We Got. 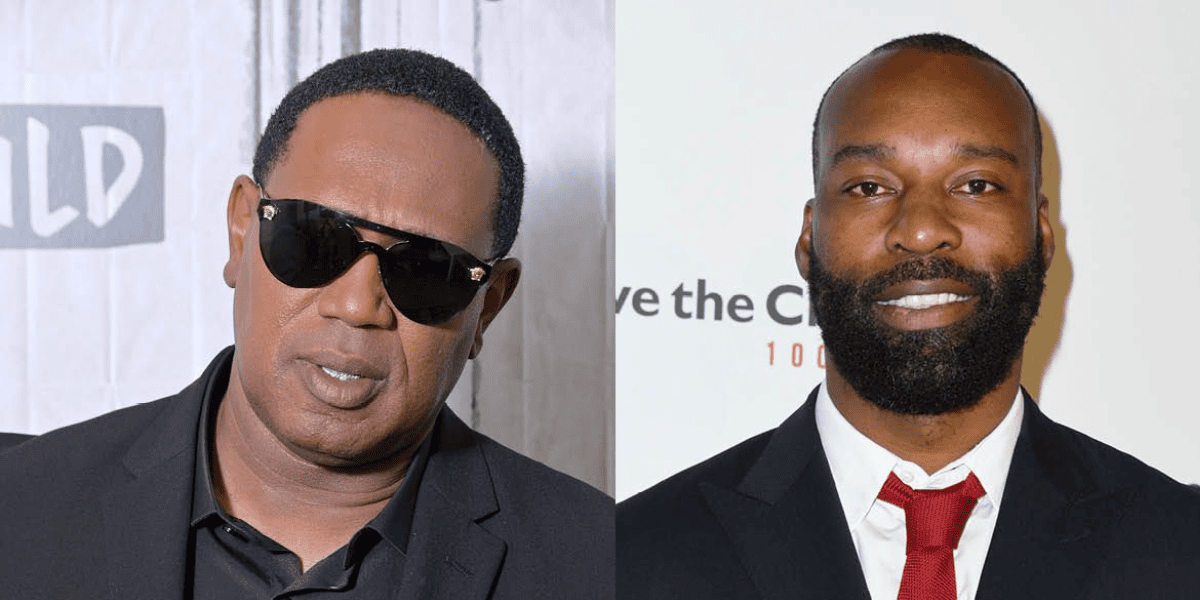 Master P established a well-rounded commercial empire in the late 1990s that encompassed a number of rap labels, a clothing line, a management firm, a luxury travel agency, a film production company, a video game company, and even a phone sex line.

Despite his varied economic interests, No Limit Records, a trailblazing label that popularised the Southern Rap sound by selling more than 80 million records globally, remains his most illustrious and perhaps most lucrative venture. Master P’s commercial empire brought him more than $160 million in 1998 alone. “Guaranteed Success,” Master P’s debut book, was published in 2007.

As the creator and CEO of No Limit Entertainment as well as an accomplished investor, Master P has also enjoyed considerable success. One of the best-known indie record labels of all time is No Limit.

Master P has enjoyed some success as an actor in addition to his rap records. He has been in a number of feature films and straight-to-DVD releases since 1997. He even had a brief stint with World Championship Wrestling in 1999. He competed in Dancing with the Stars as Ashly DelGrosso’s partner. He was eliminated in Week 4 after receiving the lowest rating in the history of the competition.

He is still most recognized for his performance on the Nickelodeon children’s sitcom “Romeo!” where he played the father of the title character. This was especially appropriate given that rapper Lil Romeo, P’s real-life son, played Romeo in the film. Master P and his family would have their own reality program, Master P’s Family Empire, which was announced in 2015. Ten episodes totaling one season of the show were broadcast on Reelz.

BET has placed him at number 28 on its list of the rap artists who have had the most impact on the history of the genre. In addition to this, BET listed him as one of the 25 most influential people in the black music industry. In July of 2013, Master P was honored with induction into the Louisiana Music Hall of Fame, becoming the first hip hop musician to receive this honor.

Read more: C Murder Net Worth: The Value of C-Murder, How Much?

In 1989, Master P wed Sonya Miller. Together, they are parents of seven kids. The rapper, according to Miller’s divorce petition from 2014, is the owner of 31 homes across the nation, 13 vehicles, and 45 successful businesses. She also stated that according to No Limit Records’ own audit, the label is worth $136 million and that during the height of his empire, Master P was worth $350 million. She demanded 40% of his wealth. In the end, the divorce was finalized in 2014 on unspecified terms.

Through his work with his own organizations, the P Miller Youth Centers and the P Miller Food Foundation for the Homeless, Master P dedicates time to neglected communities.

In Memphis, Tennessee, he received the city’s key in July 2005. Master P became actively interested in politics in 2007 and publicly urged people to vote. Barack Obama, a senator from Illinois, had the support of Master P from the beginning and later on in his campaign for president. Maxine Waters, a congresswoman, presented Master P and his son Lil’ Romeo with the Certificate of Special Recognition in April 2010. The father-and-son team welcomed Michelle Obama to an anti-obesity event in the latter part of 2010.