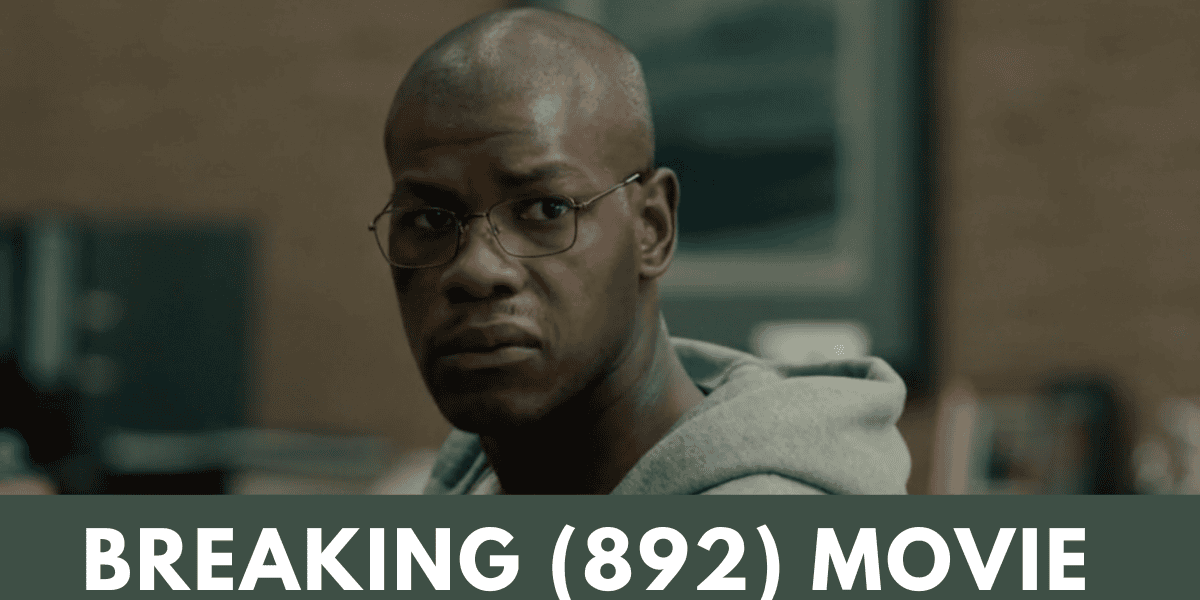 This indie drama-thriller, which was originally titled “892,” stars John Boyega.

Breaking is the name of the next indie drama thriller that will soon be released in theatres. The film is based on the tragic actual event of a hostage scenario that was carried out out of desperation while drawing attention to the maltreatment of American troops.

The story of Brian Brown-Easley, a former Marine soldier played by John Boyega and whose personal troubles force him to extreme measures, is told in the film Breaking, which had the original title of 892.

The story is based on an important article published in 2018 by Aaron Gell. Despite this fact, the severe implications of Easley’s actions nevertheless present a real-life dilemma that isn’t solely his fault but rather a complex problem far bigger than him.

In March of 2021, it was stated that a socially relevant film would be made, and initially, Jonathan Majors (Lovecraft Country) was attached to play the lead part. However, because of schedule difficulties with Ant-Man and the Wasp: Quantum Mania, Majors was forced to withdraw from the film, and John Boyega was brought in to take his place.

The film was initially shown for the first time on January 21, 2022, during the Sundance Film Festival. The production of the movie lasted until the middle of 2021. 4 The critical consensus was overwhelmingly favorable, with reviewers applauding both the compelling and stressful storyline as well as Boyega’s amazing performance.

Here is a guide to everything we know so far on Breaking, which is appropriate timing given that the film is now officially opening in theatres to present an engaging drama with an impacting message.

On July 20, 2022, the first trailer for the film was made available online in order to promote its forthcoming theatrical run. It begins with Brian Brown-Easley showing up at a Wells Fargo Bank location in Atlanta with a note alleging that he is holding a bomb and demanding that someone call the police immediately.

In spite of his threat, his behavior toward the bank’s employees and hostages is calm and compassionate; nonetheless, he is concealing a complex truth about what led him to this point.

Take a look at the trailer’s official synopsis below.

When Marine Veteran Brian Brown-Easley is denied support from Veterans Affairs, financially desperate and running out of options, he takes a bank and several of its employees hostage, setting the stage for a tense confrontation with the police. Based on the true story.

When and Where Can I Catch the Next Episode of Breaking?

After having its world premiere at the Sundance Film Festival, the film was sold to the distribution company Bleecker Street, which then bought the rights to distribute it in theatres across the country on August 26, 2022. It has a total running time of 103 minutes, which is equivalent to 1 hour and 43 minutes. At this time, there is no information provided about when the movie will be available for purchase or streaming online.

When and Where Did They Shoot Breaking? 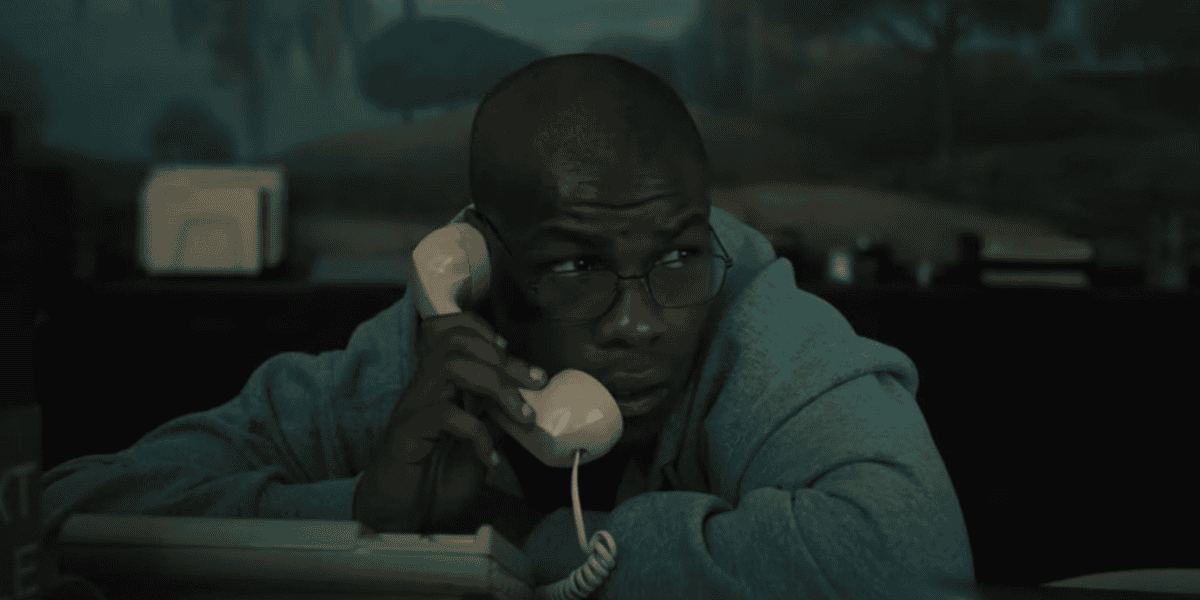 The first day of principal photography for the film took place on July 6, 2021, shortly after John Boyega took over for Jonathan Majors in the role of the film’s protagonist. Up until August 16, 2021, the shooting took place in San Fernando Valley, which is located in Los Angeles County, California.

Abi Damaris Corbin, whose previous work mostly consisted of a few short films including Luna and The Suitcase, is making her feature directorial debut with Breaking. Corbin was inspired to make the movie after reading Gell’s essay on the incident, especially since her own father is a veteran. She co-wrote the script for the movie with British actor and director Kwame Kwei-Armah.

To obtain the proper authorization to share Easley’s tale, they both contacted his family. Doug Emmett, whose most recent credits include the movie Sorry to Bother You and I Care a Lot, handled the cinematography for the movie. The majority of the producers who contributed to the creation of the film were from Salmira Productions, EPIC Magazine, and Little Lamb Productions.

The main character is played by John Boyega, and Breaking is one of a number of future movies from the British actor, who is best known for playing Finn in the Star Wars sequel trilogy.

He has appeared in movies like Attack the Block and Detroit in addition to Star Wars. He was also honored with the Golden Globe for his role in the television movie Small Axe. His most recent endeavor was the 2021 movie Naked Singularity, which will be released later this year together with The Woman King. Boyega is also putting his efforts into the Attack the Block sequel.

The bank manager Estel Valerie, one of the two primary captives, is portrayed by Nicole Beharie. Estel Valerie is interacted with by Easley while she makes demands. She is well-known for having starred in blockbuster movies like Shame, in which she shared a screen with Michael Fassbender, and 42, which was directed by Chadwick Boseman.

Her breakthrough role came in the TV series Sleepy Hollow. She continued to make appearances on other programs as well, including Solos, Little Fires Everywhere, and Black Mirror. Honking and breaking for Jesus. These two movies are among her upcoming ones.

In addition, this movie serves as the postmortem debut of one of Michael K. Williams’ last on-screen roles as Eli Bernard, a cop attempting to mediate the conflict with Easley.

The actor who was nominated for an Emmy five times was well-known for his role in the TV show The Wire. His other notable television roles were in the shows Lovecraft Country, The Night of, and Boardwalk Empire. He appeared in movies like Body Brokers and 12 Years a Slave. After his passing in 2021, three of his final works, including Surrounded and Breaking, will be released.

Rosa Diaz, the other primary hostage, is portrayed by Selenis Leyva. Rosa Diaz works at the front desk and comes across Easley’s threatening note. She has well recognized for her television appearances in Orange Is the New Black and Law & Order. Her most recent appearance was in the television series Diary of a Future President, and Creed III is her forthcoming cinematic endeavor. 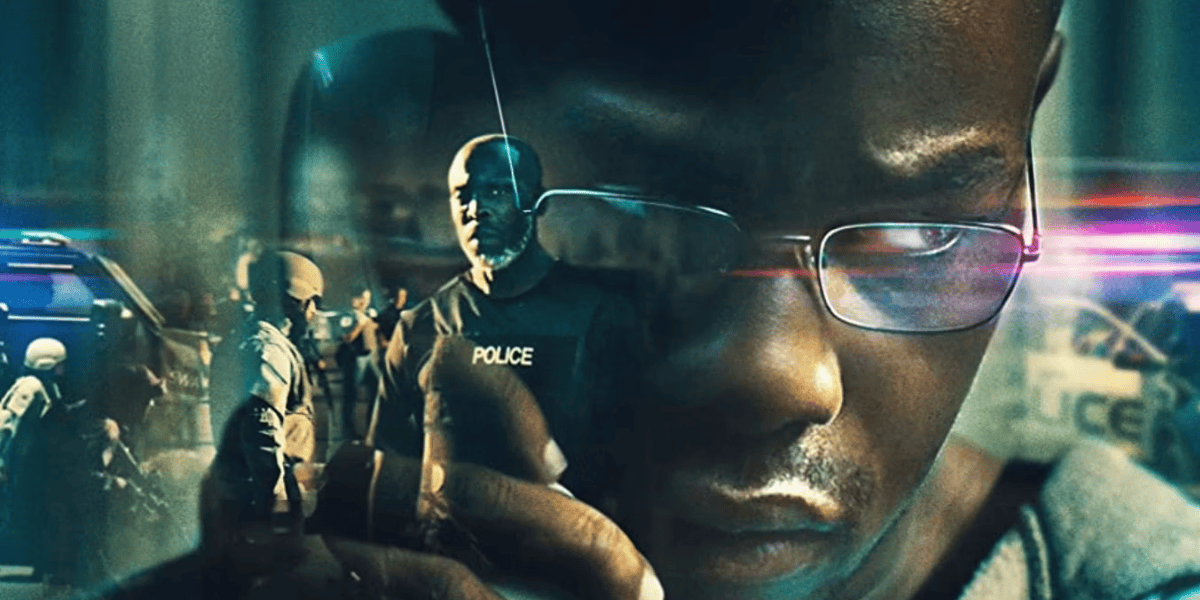 Connie Britton from Nashville plays Lisa Larson, another supporting character who interacts with Easley to learn about his account of the hostage event.

The story of Breaking is inspired by real-life events, and the incident with Easley that is featured in the film actually took place on July 7, 2017. Before being released from the military in 2005, he served as a Lance Corporal and saw duty in both Kuwait and Iraq.

When he returned to the United States, his family was there to greet him, and he eventually settled down, got married, and had a daughter. However, as a consequence of his service in the war, he was diagnosed with post-traumatic stress disorder (PTSD), and he has been having trouble making ends meet while relying on the monthly disability check that is issued by the Department of Veteran Affairs.

As of July 2017, he had not received his most recent check, which put a strain on his ability to maintain his standard of living given that his rent was overdue. Easley goes to a branch of Wells Fargo and tells the teller that he has explosives in his backpack after the Regional Benefits Office was unable to help him fix the issue he was having.

The severity of his conduct only served to underscore how much he wanted to be heard and receive the check for $892 (which formed the basis of the film’s original title) so that he may continue to live.

The dramatic film’s premise is based on the heated event, which also serves to bring light to Easley’s difficult circumstances. These tribulations were caused by the flawed systems and organizations that continue to ignore the requirements of African Americans and American veterans in general.